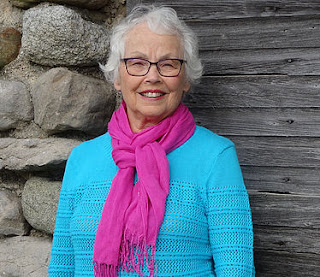 Sarah Shoemaker is the author of the new novel Mr. Rochester, which recounts the story of Jane Eyre from Rochester's point of view. A former university librarian, Shoemaker lives in northern Michigan.

Q: How did you come up with the idea of telling the story of Jane Eyre from Mr. Rochester's perspective?

A: My book group was discussing Jane Eyre, and eventually got around to talking about the Mr. Rochester character, the sometimes dark and angry, and sometimes pleasant or even playful man with whom Jane falls in love.

Who is this guy? we wondered. How are we supposed to understand him? What did Charlotte Bronte intend us to think about him?

One of us said, “People occasionally make mistakes in love; maybe Jane did that.” Another responded, “Not Jane. She’s too intelligent, too independent to fall in love with someone she couldn’t respect.” There must be something about him that we are not seeing, someone said.

It was much later, only a month before Mr. Rochester’s publication, that I ran across a quote from Toni Morrison: “If there is a book that you really want to read but no one has written it yet, then you must write it.” 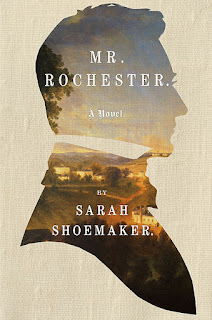 Q: What did you see as the right balance between Charlotte Bronte's original story and your own inventions?

A: My intent was to write Rochester’s full story, from his earliest memories to the approximate time that Jane Eyre ends. Since Rochester is nearly 20 years older than Jane, that means that the story of his life before Jane takes more space in the book than his life with Jane does.

I used everything I could find about him that Bronte tells us in Jane Eyre (which is more than a casual reader might think) and then filled in with my own inventions.

My intention, of course, was to show the development of his character. I wanted it to be his story, and so I wasn’t thinking so much of a balance as I was in exploring his character and the events of his life that shaped it, in order to help the reader (and myself) understand him more fully.

A: Lots. Lots and lots. I began by re-reading Jane Eyre, underlining, writing in the margins and using color-coded Post-Its to mark things I thought I might want to go back to.

Then I read another Bronte novel, Shirley, from which I took the idea of Luddites attacking a mill. I went on from there to other contemporary novels, looking for language, rhythms, terms, descriptions, expressions, trying to immerse myself in early 19th century England.

From there I read a multitude of books, papers, journal articles about subjects and issues with which I needed to acquaint myself. All in all, I read all or parts of 60 books, plus several journal and internet articles.

Q: What accounts for the ongoing fascination with Jane Eyre, and has the book always been a favorite of yours?

A: I think that the mystery of Mr. Rochester himself has a lot to do with the ongoing fascination with Jane Eyre---there is so much to wonder about him.

And then, Jane herself is a very fascinating character: she is intelligent, independent, with a strong moral compass. Why does she fall in love with him? These two together are a pair about whom readers have wondered for years and years, because Bronte has left us so much to wonder about.

A: I’m still quite tied up in events and writings having to do with Mr. Rochester. I do have an idea, but I don’t think I’m ready to talk about it yet.

He cannot be seen to be romancing her, for it would appear to be a case of the master of the house taking advantage of an underling. She cannot be forward in her feelings for him, as it could so easily be misunderstood---and she is too proud to shame herself in that way.

Much of his energy (in my thinking) is spent on trying to get her past that reticence to finally in some way declare herself (which he thinks must come first), and he almost doesn’t succeed. Those scenes, as Charlotte Bronte wrote them, are marvels.