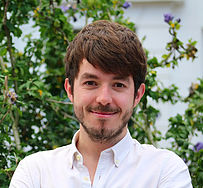 Ross Montgomery is the author of the new novel for kids Perijee & Me. His other books include Alex, the Dog & the Unopenable Door and The Tornado Chasers. He is an elementary school teacher, and he lives in London.


Q: How did you come up with the idea for Perijee & Me?

A: It originally started off as an idea I had for a short story - it would follow a similar plot, but take these great big leaps of time between passages.

(SPOILER ALERT!) It would start with Caitlin finding Perijee, then jump to it being much more grown five months later, then more grown after another few months... then it suddenly exploding in size, then jumping ahead again a few months to when he's taken over the world, and so on!

In the end I liked the idea so much I decided I wanted to flesh it out as a longer book and made quite a few changes.

The original spark of inspiration was a very strange one - I was walking through a park near where I teach, feeling worried because my publisher wanted me top come up with some new ideas, when I saw a man lying on the ground.

He was a typical London businessman, just like all the others in the park - pinstripe suit, black shoes, briefcase - but he was lying straight as a plank and flat on his face.

It looked like he'd been dropped from a great height and was trying to copy everything around him in this very strange way - which got me onto thinking about him as an alien. I immediately started thinking about a girl discovering a shape-shifting alien - after I'd checked he was OK, of course! 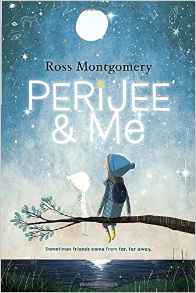 A: There's a saying that I think of a lot: "You might forget what people said to you, or what they did for you, but you'll never forget how they made you feel."

As I get older, I don't get to see all my friends as much as I'd like to - some of them are even moving away to other countries! But it's how I remember them: the way they've made me feel when I'm with them.

I like to think that that's the basis for Caitlin and Perijee's friendship. While they're on Middle Island, they're not really doing much together - just hanging around the island, doing silly stuff.

But Perijee never forgets what Caitlin did for him, and it ends up meaning more to him than anything else no matter how powerful he becomes. As for Caitlin - just by being there, Perijee changed her life. What more can you ask for in a friend? 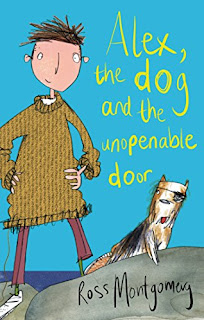 A: I make so many changes my publisher must be absolutely sick of me by now! Between every draft, my books tend to change quite dramatically - the first draft of Perijee & Me, for example, was much much darker, and featured the character of Mother more. The character of Fi didn't even turn up until the third or fourth draft!

One day I hope to have streamlined this to make sure that writing every book isn't quite so stressful, and I don't tear my hair out and curse the ceiling for not writing better middle sections. They're my absolute downfall!

Q: What are some of your own favorite books featuring an alien of some kind?

A: I recently read and loved The True Meaning of Smekday by Adam Rex - I don't think it made quite as big an impression in the U.K. as it did in the U.S., which is a pity as I thought it was fantastic!

However my personal favourite book featuring an alien is quite an odd one - it was a book for young readers called Ging Gang Goolie, It's An Alien, which I read when I was about 7 years old.

It's a very strange book, and like Smekday was a combination of comic strips and text. It's about a boy scout troop who stumble upon a sausage-loving alien during a field trip and make friends with him.

It was very silly, very funny and I absolutely loved it - as a child it taught me a lot about jokes, but also about stories with heart. I reread it recently and could see how and where it had influenced my thoughts as I wrote Perijee & Me! 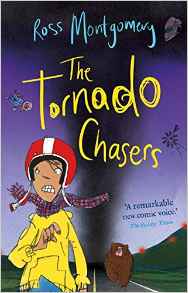 A: I'm working on a few different things - I'm currently scrambling feverishly for the deadline on my next book, Max & the Millions, which will be out in the U.S. in 2018 by Wendy Lamb books!

It's about a boy called Max who discovers a microscopic, epic civilisation living on a bedroom floor - and has to help it fight for survival against an evil headmaster while stopping them from fighting each other!

I'm also working on another book which unfortunately will probably not be released in the States - it's called Christmas Dinner of Souls, and is a book of Christmas-themed horror stories designed to terrify you out of your wits on Christmas Eve (in a fun way of course). That'll be out later in 2017 - do keep an eye out for it!

A: I recently had my first picture book published over in the U.K. by Faber and illustrated by David Litchfield - The Building Boy, about a young boy who builds a giant version of his grandmother out of building materials.

The illustrations are stunning - David is the writer/illustartor of The Bear and the Piano, which you should also find and read if you haven't already!

David and I are now working on our second collaboration, due out in the U.K. in November - it's called Space Tortoise and is about a tortoise who lives in a bin in an old abandoned park, and who thinks the stars and candles in the sky and so sets out to get them. I haven't even seen the illustrations yet, but I'm almost beside myself with excitement!