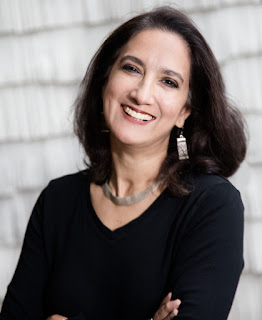 Marina Budhos is the author of the new young adult novel Watched. Her other books include Tell Us We're Home and Ask Me No Questions. She is a professor of English at William Paterson University, and she lives in New Jersey.

Q: How did you come up with the idea for Watched, and for your main character, Naeem?

A: I had been noodling around for quite a while with an idea of doing a “companion” book to Ask Me No Questions, which is about an undocumented Bangladeshi family in the wake of 9/11.

Many of my readers had asked me if I would do a sequel, but one, I don’t do that kind of thing, and two, it didn’t feel true to the book, which is intentionally left open-ended.  But I knew I wanted to return to this world, and what I see as the next “beat” in this post 9/11 world, particularly for Muslim teenagers.

Then one evening I was out with a friend and she told me the story of a young man who came into her law office who was boasting and hinting that while his father was a shopkeeper in Jackson Heights, he was “in the know with the powers that be” as an informant. This completely fascinated me—the idea that he felt empowered, but apparently also trapped--and the novelist in me began to spin with a story.

I learned just enough about surveillance and sting operations and then focused on Naeem—a well-meaning kid, who is something of a screw-up, who is both trapped and yet strangely enough, gains a sense of self in the process.

Q: Given the current political climate, what do you hope readers take away from the book? 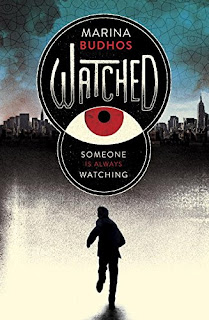 A: This is a tough question and it’s hard not to feel discouraged. There is so much anti-Muslim rhetoric and fear swirling about us right now. At the same time, it’s an incredible opportunity to bring art to the fore, to bring stories like Naeem’s out into the world.

At this moment, everyone is living in this echo chamber where words such as “terrorism” or “surveillance” are very charged, always carry the bludgeoning and scapegoating power of a political agenda.

I’m interested in taking it down a notch and giving readers a chance to enter into these issues through empathy; through the simple story of what it’s like to be a teenage Muslim boy trying to find his sense of manhood in this atmosphere.

Art has the power to let us into the skin of others and at the very least, I hope this novel will pierce through some of these hardened attitudes and allow readers to see and feel more.

Q: What kind of research did you do to write the novel, and was there anything that particularly surprised you?

A: I did research, though it’s always a balance in writing fiction, as one has to allow the tendrils of imagination to spin out in their own way. I read whatever I could on the subject, watched documentaries, and many of those resources are now listed on my website. 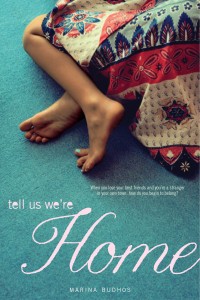 I talked to the journalists who broke the story of the NYPD surveillance unit; I interviewed various folks in the community, including a legal group that advises immigrants on precisely these issues and had the manuscript vetted to make sure that I accurately portrayed the technicalities, such as an arrest or how detectives would work with an informant.

And I also spent a lot of time just wandering around Queens. I wanted to discover the Queens of today, the neighborhoods, the feel, but I also was discovering my own teenage years in Queens, restlessly moving about its streets. So it was research into the here and now of immigrant Queens, but also research into my own teenage psyche growing up there.

And then honestly, my greatest research was with my own sons! I’ve been observing and mothering them for years and so I felt I was a barrel full of insights about boys and brothers. So a lot of my tender love for them, my sense of all the susceptibilities of boys and teen boys were poured into Naeem and his half-brother Zahir.

A: I always knew the title would be “Watched.” It just came to me instantly when I got the story idea. I like how one word is a bit confrontational and declarative and speaks to the state that not only are young boys like Naeem living in, but what we’re all living in—surveillance, watching.

Indeed part of what I wanted to convey is what it’s like to be a minority teenager because you are tracked and watched in a way that is so specific—when I was first conceiving of the novel, for instance, “stop and frisk” was still a big part of life on the streets in NYC. What does that do to your sense of self?

And I want us to think about how we all are living in a heightened and hyper sense of watching and surveillance. It’s crept up on us without our even having thought it through as a society. 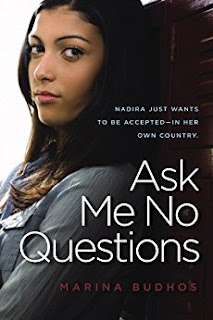 A: I am writing a new middle grade/YA novel that is also set in Queens, NYC, but in the late ‘60s/early ‘70s when school integration battles tore the city apart. I’m at an early stage but the most I can say is my characters are mixed race and so are caught in between these battles.

I’m also finishing an adult historical novel, which I have been working on quite a long time. It’s called Sweetness, and it is about the unlikely friendship between an English woman and an Indian woman on a sugar plantation at the end of the 19th century.

And in March, my husband and co-author Marc Aronson and I will publish our nonfiction book, Eyes of the World: Robert Capa, Gerda Taro and the Invention of Modern Photojournalism. So we’re just gearing up for that.

A: Just wanted to mention the happy news that Watched has received a Walter Dean Myers Award Honor for 2017. What makes me especially happy is one, Walter was such an inspiration and two, the award winner is John Lewis for his graphic memoir.

For me, growing up in the ‘60s and ‘70s, when so many social issues were roiling around us, and when leaders such as John Lewis were putting their lives on the line—this sense of tension and engagement definitely shaped me as a writer. So it’s wonderful to feel this inspiration come full circle.