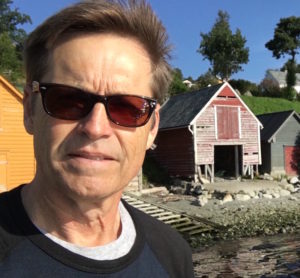 Dwight Holing is the author of the new mystery novel Baby Blue, the third in his Jack McCoul series. His other books include Bad Karma and A Boatload. He lives in California.

Q: How did you come up with your character Jack McCoul, and did you know you'd be writing a series from the beginning?

A: I’d been writing short fiction for literary journals and wanted to mix it up as I believe crossing genres keeps a writer fresh. Since crime fiction has always occupied a prominent section of my own library, I gave it a go.

The result was a humorous story about a quick, hip, and shoot-from-the-lip con artist trying to go straight who is a composite of various real life people I’ve known. It was published in Spinetingler Magazine.

Halfway through writing it, I realized Jack McCoul was just too fun to let go. Or at least he conned me into believing he could play on a larger stage. 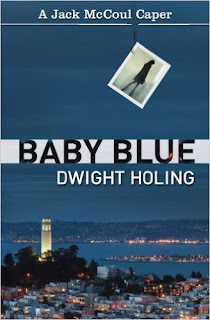 Q: How do you think the character has changed since the first book?

A: One of the unwritten rules of the traditional private eye genre I broke was making Jack McCoul happily married. Not only does this imbue the murder mystery series with the give and take between lovers, but allows the characters to grow organically as they build a life together and start a family. Evolution reveals new layers of their personalities.

Also, having a protagonist who dwells on both sides of the law allows me to delve deeper into different themes, including crime and punishment, guilt, temptation, injustice, and social mores. As both a writer and a reader, I find few things are as rewarding as when characters find self-awareness through their actions.

A: I begin by arcing the story out by scenes, but I never let those box me in. They’re moveable road signs. The series has several reoccurring characters whose relationships and dialogue help set the tone and drive the pace. 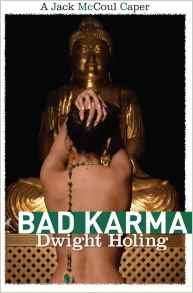 New characters, whether villain or victim, determine the plot. There’s an old cliché in writing that you never close the door on any character. It’s trite but true. You gotta let ’em run. At the same time, I keep in mind what Faulkner said about killing your darlings.

Q: You've also written short fiction and nonfiction. Do you have a preference?

A: I like both and still do both. Nonfiction certainly works its way into both my short and long fiction. The Jack McCoul series is set in San Francisco and I love to share with readers its colorful history and quirky nature.

Characters, conflicts, and cool stuff inhabit the environmental issues, life sciences, and outdoor adventures I’ve written about, and so I let the natural world be a source and inspiration for stories.

Wildlife, weather, landscape – they all play an integral role in a narrative’s arc and protagonist’s journey, providing action, motivation, and revelation. 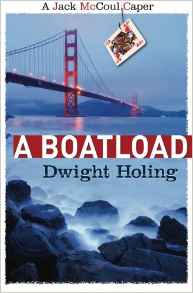 A: Jack, his wife Katie, and buddy Hark still have unfinished business and they’re bringing me along on their latest ride, Shake City. I plan to share the newest caper with readers this spring.

I’m also developing a new collection of short fiction. Most are new pieces; a couple, such as “A Pale Chanting,” have been published previously in literary journals. Nonfiction? There’s a documentary screenplay in the works.

A: We’re all storytellers at heart. It’s what defines us as a species. Tell yours, listen to others.