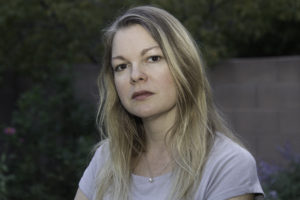 Michelle Ross is the author of the new story collection There's So Much They Haven't Told You. Her work has appeared in a variety of publications, including The Common and Cream City Review, and she is fiction editor of Atticus Review. She lives in Tucson, Arizona.

Q: You noted in an essay about your writing for Fiction Southeast, "What I’m guilty of is honesty, the very thing I strive to achieve in fiction." Why is honesty your top priority in your work, and how would you define honesty in this context?

A: My son’s Montessori school teaches and celebrates a new virtue each month, and this month, as advertised by the marquee sign out front, the virtue is honesty.

That honesty is the first virtue of the new year is most likely coincidence, but it strikes me as an apt choice for January. The beginning of a new year is a chance to shed the baggage, whether it be failures or disappointments or whatever, of the previous year and start fresh. It’s a chance to be honest with ourselves about where we are and where we’d like to be.

It’s my absolute favorite time of the year. I clean the house, the garage, the yard. I purge. I purchase a new planner. I record new goals. I feel hopeful, determined to make positive changes.
When I talk about honesty in fiction, I’m talking about a similar act of shedding and renewal. I’m trying to shed the words that fail or disappoint because they feel too familiar, expected, or easy. I’m trying to get at a hidden thing underneath despite not knowing what that thing looks like.

I’m trying to re-see again and again, just as I do when I declutter the house, so that I can then throw out the stuff that is just in the way (like I recently did the big box of margarita glasses that has been setting on a closet shelf in my house, unused, for nearly 10 years).

To be honest in fiction, in all art I think, requires a willingness to shed again and again until there’s nothing left to shed. It requires that I listen to that voice that is telling me that despite how hard I’ve worked and how tired I am, there’s more work to be done. It’s not an easy task.

So many times I’ve thought I had written an honest paragraph or scene or story, only to discover later that there were more layers to be shed. (Sometimes, though much less often now than in the past, I make the foolish, awful mistake of submitting said story out before it has shed all it needs to shed.) 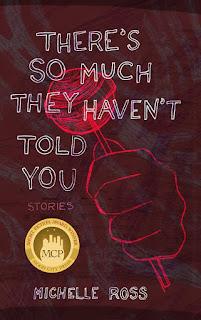 Talking about honesty in fiction can sound so enigmatic because honesty in fiction is instinctual; it can’t be boiled down to a set of rules the way that punctuation is. At the same time, it’s not an instinct that necessarily comes easily, like the instinct to avoid foods that smell or taste rotten. It may require practice and intention.

Despite how many times I’ve decluttered spaces in my house over the years, still my house becomes cluttered again. Initially this may occur simply because I’m too busy. But eventually what happens is I stop seeing the clutter. I feel the stress the clutter induces, but I don’t connect the dots.

And then when I finally do see the clutter, I realize that all this time, I’ve just been tuned out, not paying attention. It happens in writing fiction too, unfortunately.

Why is honesty so important? Because without it, a story just isn’t that great, even if the sentences are gorgeously written. The story feels hollow, dissatisfying. Like someone re-gifting you a bunch of junk from their house so that now it can clutter your house instead.

A: One of my favorite story collections is Eric Puchner’s Music Through the Floor. Puchner’s book takes its title from a phrase within one of the stories in the collection. I really like that. I’m not fond of how titling a collection after the title of one story weights that story so much more than the others.

There’s So Much They Haven’t Told You comes from the first story in my collection, “Atoms.” It’s excerpted from a line of dialogue the boy character speaks to the girl. It’s an invitation, a seduction. I like the way that line beckons the reader, as if saying “Lean in closer, let me tell you a secret,” only here what’s being offered seems to be an endless evening of secrets.

Q: Do you see common themes running through the stories in this collection?

A: I admit I struggle to talk about theme. Every time someone asks me what my book is about, I squirm. I have this same problem with individual stories too.

Maybe this is just my failing, but a Flannery O’Connor quotation, from Mystery and Manners, comes to mind: “When you can state the theme of a story, when you can separate it from the story itself, then you can be sure the story is not a very good one. The meaning of a story has to be embodied in it, has to be made concrete in it. A story is a way to say something that can’t be said any other way, and it takes every word in the story to say what the meaning is. You tell a story because a statement would be inadequate. When anybody asks what a story is about, the only proper thing is to tell him to read the story.”

The difficulty with talking about theme is that it simplifies a story. I know that I won’t do the story justice talking about it in this manner. I am the world’s worst salesperson. Also, I’m the kind of writer who seems bent toward adding more, more, more into a story. I’ve been told that some of my stories have too many themes.

So here’s a list of various themes (or subject matter) that are recurring in my collection. Will I leave some out? Inevitably.

Q: How did you select the order in which the stories would appear?

A: Because my collection is a mix of flash fiction and longer fiction (eight flash fiction pieces to be exact, the rest of the stories 1,500 words or more, but most 4,000 words or longer), I made sure to avoid placing two flash fictions next to each other.

I took into consideration a number of other factors as well: point of view, subject matter, tone, setting, imagery that the stories opened and ended with, etc.

I wanted to vary the stories, but at the same time I wanted stories to have a kind of conversation with each other, to complicate or deepen each other by means of their vicinity.

For instance, “If My Mother Was the Final Girl” and “Prologue,” the second and third stories in my collection, both invoke the story of Hansel and Gretel and are told by protagonists who are working with fractured pieces of their mothers’ pasts. I thought that placing them next to each other would perhaps add extra depth to each.

With 23 stories, I don’t think there is one perfect arrangement, so I tried to keep that in mind. Otherwise, I would have driven myself crazy.

A: I’m writing more short fiction and some creative nonfiction. I’ve written several stories for a collection that I’m imagining will consist of all stories that evoke classic horror films, including a story inspired by the original King Kong (as well as James Whale’s Frankenstein) and another drawing on James Whale’s The Invisible Man.