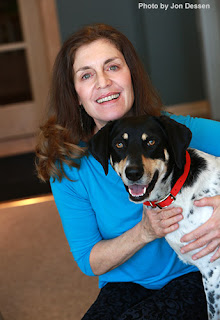 Patricia Hruby Powell is the author of Loving vs. Virginia, a new book for young adults about the landmark 1967 Supreme Court case on interracial marriage. Her other books include Josephine and Frog Brings Rain. She lives in Champaign-Urbana, Illinois.

Q: Why did you decide to write a book for young adults about the Loving v. Virginia case?

A: Before Josephine: The Dazzling Life of Josephine Baker had come out, Chronicle Books had just turned down another of my manuscripts, and I think they felt a little bad about it, because they had liked it, but . . . it wasn’t “right” for them.

My publisher asked if I would be interested in writing about the Loving v. Virginia case. I looked it up, it rekindled the little bit I’d known about the case. I thought it was fascinating—and important—so I said yes. Yes!

Q: How did you decide on the book’s structure, which includes alternating perspectives from Mildred’s and Richard’s perspectives, plus documentary information about the history relating to their case?

A: That evolved. The book still wasn’t under contract, but I’d sent in the first three chapters and an outline for a nonfiction book. My wonderful editor, Melissa Manlove, called and asked if I’d write the story as a documentary novel.

(For the first half of my career, when editors asked me to rethink a story and do it differently, I usually said, Well, no, I envision it as I wrote it. I eventually realized that editors are remarkably intelligent and know what they’re talking about—they know what they’re asking—so I changed my way of looking at things).

So, when Melissa asked, I said, Sure . . . what’s a documentary novel? 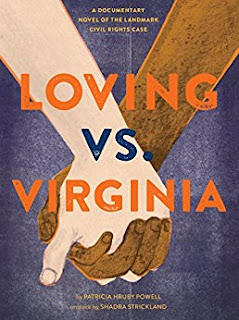 Answer: an informational book, but with liberties. (Truman Capote’s In Cold Blood is the first well-known documentary novel, sometimes called “creative nonfiction.” It’s accurate, factual, but the author may see it from the character’s point of view, as if he were there.)

Melissa and I discussed all this. I chose to tell the story from the point of view of Mildred, alternating with Richard. (I could have added the sheriff, or a judge, but it seemed strongest to stay with the two main players).

I could show them in their integrated neighborhood living in a segregated state, where the sheriff would stop a car if he saw a black person with a white person sitting together—I could build a scene to show the injustice of that. I could show Richard and Mildred falling in love as teenagers, running through the woods holding hands.

From the beginning, Chronicle Books had asked me to collect photos for the book. I also included documents which blew my mind, like the 1924 “Racial Integrity Act” which pointedly outlawed interracial marriage—as a health issue!

Rather than just captioning the photos, we decided to add quotations that would provoke thinking on the part of the readers. My editor wanted line drawings to show the personal story of the couple, so that’s when Shadra Strickland came on board. 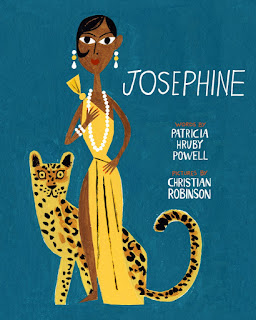 A: I read about the first case at the Virginia State Library on microfilm. I read books about the complete case that went all the way to the U.S. Supreme Court. I watched Nancy Buirski’s documentary, The Loving Story, a bunch of times. I watched Hope Ryden’s film footage taken of the Lovings in the '60s.

Richard and Mildred were both deceased by the time I started my research, but I interviewed Mildred’s younger brother Lewis Jeter by phone on multiple occasions. Eventually I’d interview Mildred’s older brother Otha Jeter in his home.

I interviewed Ray Green, the Lovings’ close friend, standing around a pick-up truck on a rural road outside a convenience store, with a bunch of other of their friends, when they gathered for an evening hang. A younger member of the community had told me that they hang out there most evenings.

The younger generation wanted the story told, but Richard and Mildred’s generation were reluctant to talk. Once they started, though, they were lovely, warm, charming, and fun. I just had to build trust at the beginning of each interview.

I played music that I listened to in my 20s when I was falling in love frequently, to remind myself how it is to fall in love. My husband and I talked about love. That’s research.

Q: What do you think is the legacy of the Loving v. Virginia case today? 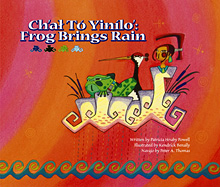 A: I think the case applies to same-sex marriage. As Mildred said, people should marry who they want. It’s not the State’s business.

Ban on interracial marriage was seen, at the time, as the last vestiges of inequality. That’s what the young lawyers, Bernard Cohen and Phil Hirschkopf, said at an interview at the time of the Supreme Court decision—that racism could now be laid to rest.

Clearly, we have a lot more work to do in our country to eradicate racism. I think this case and, hopefully, this book help bring awareness. I hope reading it helps young readers empathize with the characters. Young adults know about love. This is a love story, with a story of the Civil Rights Movement running behind it.

A: Struttin’ With Some Barbecue (the story of Louis Armstrong’s wife, Lil Hardin Armstrong, jazz pianist) is scheduled to come out in 2018 with Charlesbridge.

My agent is shopping a book about civil rights worker Ella Baker, and a manuscript called Not Your Average Joe, about a young man who serves a busload of black musicians in a sundown town in 1941. I’m finishing off a book for middle grade readers entitled On the Trail of Nancy Drew. I’m starting research on the wonderful Rachel Carson.