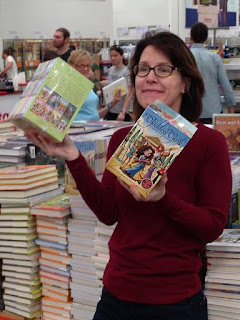 Joan Holub is the author and/or illustrator of more than 140 children's books, including the Goddess Girls series, This Little series, and Mighty Dads. She lives in North Carolina.

Q: How did you come up with the idea for the Goddess Girls series, and what do you see as the right balance between the original Greek myths and your own more modern additions?

A: Suzanne Williams and I started the series idea with these things: The Goddess Girls title, the premise that Greek mortals and immortals would star as middle school girls, who attend Mount Olympus Academy (along with godboys), where Zeus is the principal. And we decided that each book would feature one or more Greek myths, with a twist.

We began book 1, Athena the Brain, with a moment of change—Athena gets an invitation to attend MOA. The myths we explore in book 1 include Athena’s famed inventions, Medusa getting her snake hair and ability to turn others to stone, and the Odysseus myth.

These all happen at school. For instance, Odysseus is a game-piece figurine and his voyage takes place on a gameboard in the girls’ Hero-ology class, taught by Mr. Cyclops. 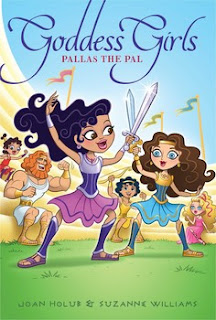 Book 21, Pallas the Pal, just pubbed, and we have plans for at least three more in the GG series.

Q: You also have a new board book series including This Little President and This Little Explorer. What kind of research do you do for these books, and how do you pick the people to include? 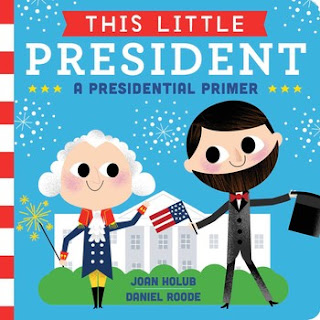 A: You hit upon the hardest thing about writing this series—deciding which people and which facts to include. After researching online and at the library, my next job is to narrow the list down to ten people (and another dozen or so for a back spread), which I propose to my Little Simon editor.

We do a lot of back and forth, choosing the characters and facts to include, and making everything informative but lively and fun (including some rhyme) to capture the interest of toddlers and pre-k. Sometimes I think it’s harder to write short like this, than it is to write a long middle grade book!

Q: Another of your books is the picture book/board book Mighty Dads, featuring father-and-child construction vehicles. What made you think of this book idea? 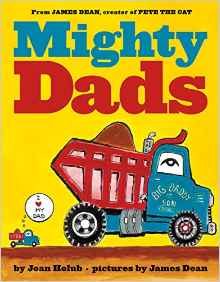 A: I usually think of a book or series title, which then inspires a story idea. Mighty Dads happened the other way around. I saw some kids and their dads playing with trucks in a sandpit. My heart melts when I see a dad out with his children, enjoying them and teaching them how to do things and become good humans.

I thought, What if a dad actually was the bulldozer or the crane, etc., out working with his bulldozer, excavator, etc. child to teach and help her or him along in work and life? James Dean, creator of Pete the Cat, came on board, and this became a New York Times bestseller.

Q: You've written and/or illustrated more than 150 books--how do you organize your various projects?

A: In stacks of paper on shelves, and in computer docs. Like every writer, I’m get stumped by what I’m writing at some point. When that happens, having another project or two in the works simultaneously means I can continue working, but on something else. 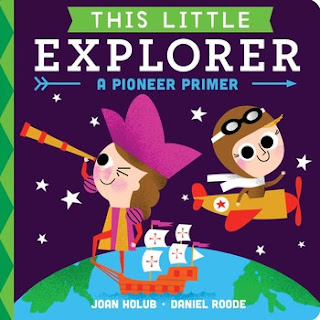 When I come back to the project that stumped me, I’m fresh with new ideas, and can see problems I couldn’t see before when I was too close to it.

A: Suzanne and I are revising the first two books in Thunder Girls, our new middle grade series featuring school-age Norse gods and goddesses. It’s got giants, friendship drama, friend loyalty, action-adventure, humor, school situations, first crushes, and an environmental component. All the stuff we like to read—and write.

A: Two books coming in 2017! Tool School (Scholastic, picture book), illustrated by James Dean of Pete the Cat. And Vampoodle (Random House, early reader), a follow-up to one of my best-selling readers, Shampoodle. Find me and my FB, Twitter links at my website.