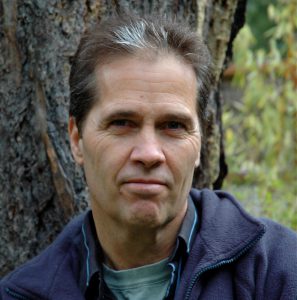 Jonathan White is the author of the new book Tides: The Science and Spirit of the Ocean. He also has written Talking on the Water, and his work has appeared in a variety of publications, including The Christian Science Monitor and The Sun. He lives on Orcas Island, Washington.

Q: How did you first get interested in tides and oceans, and why did you decide to write this book?

A: I grew up on the Southern California coast surfing, fishing, sailing. I always had a tide chart in my back pocket. There are some dives you can’t do if the tide is running. I lived around tides most of my life. I bought a very large wooden schooner in my mid-20s and started a nonprofit educational association [the Resource Institute] in the ‘80s and ‘90s.

With the tides on this coast, in Alaska they were up to 25-plus feet; here in the Seattle area they’re 10-13 feet. When you’re sailing around here you have to know what’s going on with the tides.

Knowing the tides was as routine for me as eating breakfast, but I never knew how it worked. I knew the moon had something to do with it. I had an accident with the boat; it got stuck in the mud and the tides went out and came back in. The cabins filled with water when the tide came back in. We eventually salvaged the boat.

[I thought], Oh, I want to know what’s going on here! I thought, I’ll read a book and learn all there is to know. As I read, I was amazed at how complex…the tides are. It started me on a journey.

One book turned into 10, and into 300. Two weeks turned into 10 years. I ended up traveling all over the world where some element of tides were in play, talking to people there, thinking about science and mythology. 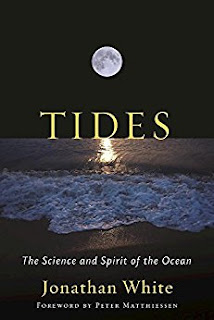 Q: You write in the book about a variety of cultures and their theories about tides. Were there any that you found especially fascinating?

A: It’s hard to choose. I would say all are fascinating. One of the things I was very interested in in the book was the [relationship] between science and spirit.

For example, when I went to Panama, I spent time with the Kuna Yala Indians, on the islands that sprinkle the eastern side of Panama. There are 350 islands that are mostly disappearing because of sea level rise.

One of the chiefs I met said they believe the tides are visitors from another dimension, spiritual visitors. They make sure the village has maintained spiritual and social equilibrium. If it’s healthy, they would retreat. If not, they would stay.

It’s a very ancient view for these people, but at the same time they accept the science that this is sea level rise, and they are making plans to move.

It is a very interesting and surprising way to look at the world, and especially interesting that they could live with both the science and the spiritual view. We in the Western world see it as black and white. In the book, there are a lot of examples of this type of thing.

Q: You mentioned all the books you read—can you say more about how you researched the book, and what particularly surprised you?

A: As I read initially I learned about the places that had extraordinary tides. The tidal bore on the Qiantang River in China gets up to 25 feet tall, south of Shanghai. I learned about that early on. I had never heard of it before. 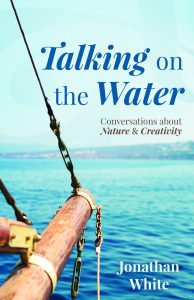 In the early Internet days, there wasn’t a lot on the Internet. “Tide” was a detergent, and when you searched “tidal bore” it was the pig that came up.

I was studying at a monastery in Japan, and the roshi told me about the tidal bore in Qiantang. It took a long time to figure out how to get there. I did finally go—I went three times. I went more than once to most of these places, all doing tidal research.

A: Ten years of research. The first article I wrote was in ’94 for Orion magazine. Then I got a contract to go to China and write about the Qiantang bore. I took a break, my wife and I had a child, but [this topic] never really left my head.

Q: What do you see looking ahead when it comes to tides and the science surrounding them? You mentioned sea level rise before—what is likely to happen there?

A: There’s a chapter in the book about sea level rise and tides. Tides per se are not sea level rise, it’s a different thing, but the platform on which tides occur is the ocean level and as that rises and falls it affects tides.

The various orbits of the sun and moon function like plucking a string of a guitar—the body of the guitar is the oceans of the world. The full moon is a plucked string…different basins might respond to that note…

Global sea level changes [always were happening]—it changes the resonating value of these basins. If it goes down—[thousands of years ago] it was locked up in ice. It had very different tides. The Bay of Fundy didn’t have water in it 10,000 years ago.

The sea level is always changing. It is true that sea levels are rising due to global warming, the melting of ice…generally today it’s rising, but not everywhere. The oceans are not level…it’s relative.

A: I’m still ensconced in the tide book, promoting it, writing pieces about it.

A: There are still some things that are not known about tides. We’re going to find that they are affecting and relating to so many things we can’t even think about now. [For example,] the relationship of tides to seismic activity is not really known. It’s suspected that there is a connection.

There are internal tides under the surface of the ocean. It’s believed they are playing a role in ocean mixing, bringing nutrients up, that affects the global climate…