Carrie Jenkins is the author of the new book What Love Is and What It Could Be. She is a professor of philosophy at the University of British Columbia, Vancouver, and a nationally elected Canada Research Chair. She is the principal investigator for the Nature of Love project, which is funded by the Social Sciences and Humanities Research Council of Canada. She lives in Vancouver.

Q: You write that "romantic love has a dual nature." Why is that, and how do the two components, relating to biology and society, interact?

A: When we fall in love, things happen in our bodies and our brains: we experience a (messy and varied) bundle of evolved bio-chemical responses.

But that's not all that happens: we are also handed a kind of "script" for how love is supposed to play out--what a relationship is supposed to look like--and that script is (at least in part) a social construct.

I'm really attracted to both the biological view of love and the social construct view, and I think choosing one to the exclusion of the other would be foolhardy: a rejection of half our accumulated wisdom.

So I don't choose! The difficult task is to see how they fit together, but I suggest it's like an actor playing a role: these ancient, evolved biological systems are expected to conform to a modern social script.

Sometimes that works, and sometimes it doesn't. It's in these successes and failures of "fit" that I locate a lot of the most pressing philosophical questions. 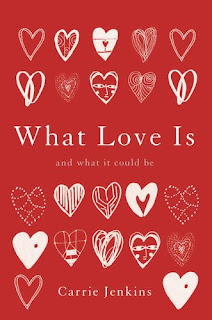 Q: In the book, you write about the concept of monogamy, as it relates to your own life and in general. What do you see as some of the most common perceptions and misperceptions about monogamy?

A: In the book I discuss research finding that monogamy has a "halo" effect: people who are monogamous are regarded as being better people in general, even when it comes to things completely unrelated to relationships (like flossing, for example).

One of the other common assumptions is that non-monogamous relationships "never work" ... people often say this because they "know someone who tried it and it went wrong." By that standard, monogamy "never works" either!

Then there's the widespread perception that polyamory is all about sex ... an issue I wrote about here.

Q: What are some of the biggest shifts in recent decades regarding ideas about love?

A: Expanding the socially constructed "script" towards inclusion of same-sex love is a huge shift that I've witnessed in my lifetime, and one I never would have predicted when I was a teenager. In the decades before that, the shift towards inclusion of interracial love was, I think, comparably radical.

In some ways, though, the move towards including same-sex love has exacerbated the continued exclusion and stigmatization of non-monogamous love.

Q: You write, "Nonconformity can change the world. I mean this literally: if we start customizing, the composite image of love will change." What changes do you see looking ahead?

A: I can only guess, but one of my predictions is that we will move towards greater acceptance of intentionally temporary romantic love. Eventually, we might even see renewable marriage contracts that come with an agreed end-date.

A: Right now a lot of my time is dedicated to teaching. I have an amazing inter-disciplinary first-year class (in the "Arts One" program at the University of British Columbia) where I get to work with some of the most interesting and intelligent young people I know.

A: I want to give a quick shout-out to my co-conspirators Marina Adshade (author of Dollars and Sex) and Mandy Len Catron (author of How To Fall In Love With Anyone). And my dog Mezzo! She's the best dog.