Molly Haskell is the author of the new biography Steven Spielberg: A Life in Films. Her other books include Love and Other Infectious Diseases and Frankly, My Dear: "Gone with the Wind" Revisited. She has been the film critic for the Village Voice, New York magazine and Vogue, and has taught at Columbia, Barnard, and Sarah Lawrence. She lives in New York City.

Q: You write, “I had never been an ardent fan” of Steven Spielberg’s work. Why was that, and did your work on this book change your opinion?

A: I think because he was working in fantasy and genres that didn’t appeal to me—thrillers, Jaws. I have come to think of Jaws differently, maybe not E.T. and Close Encounters of the Third Kind.

It was a challenge. I was not sympathetic to these genres. What turned me into a movie nut was European films. He and George Lucas were [going in a different direction]. Directors [had been] making European-style movies with Hollywood movies, and the nature of film production was changing.

[There was a move] into summer hits and blockbusters, and Steven Spielberg seemed responsible for that. That’s why I wasn’t a fan, though some of his later films, I did like some and liked them even better as I wrote the book…

Q: You opted to tell his story through his films. Why did you choose that approach?

A: [Spielberg has said] all my life is in my films. That’s how I wanted to tell the story. I looked forward to the opportunity of seeing the films again.

That leads to the question, Did I meet him. 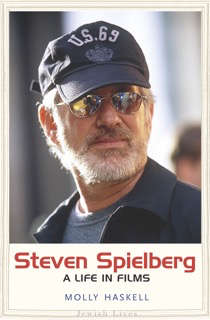 A: No. Thank goodness I didn’t. I made an inquiry. [Not speaking with him] gave me the freedom to write about the movies in a critical way…

The reason his assistant gave was he does not talk to biographers. He didn’t talk to [biographer] Joseph McBride. There were interviews that Spielberg gave to journalists. I had words from his mouth. The person McBride didn’t talk to was his mother. She was pretty uninhibited.

It’s a blessing to me. Everybody says, Did you talk to him? For me, it worked out perfectly! He knows how to turn on the charm. He has negative things in his repertoire too—he’s a control freak. He can probably be ruthless on the set. But he probably would have been all charm…

Q: The book is part of a series on Jewish lives. What impact has Judaism had on Spielberg and his work?

A: Some books in the Jewish Lives series don’t deal with Judaism much, but I felt it was crucial with Spielberg. He lived in Gentile suburbs. His father was a brain in computers—they moved to New Jersey and Phoenix. He felt like a fish out of water.

He had an Orthodox grandfather who wore Jewish garb and ate kosher. On the other hand, he had assimilationist parents. He lived in a largely Catholic neighborhood in New Jersey. They’d tease him about killing Jesus. It was very wounding.

The first sense of belonging he got—he never liked synagogue—was when he joined the Boy Scouts. You can see the themes of the outsider in his films, and it became specifically Jewish with Schindler’s List. It was brave of him. He did not see it as a money maker. 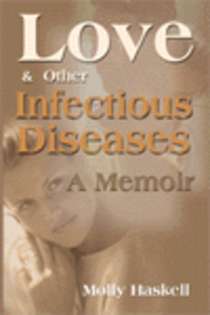 His son Max was born, and it was a real conversion experience for him. He needed to feel and see where he was genealogically and in terms of his religious heritage. He divorced Amy [Irving] soon after, and took up with Kate Capshaw, a blonde Texan. She converted. I think conversion to Judaism was something she really felt. Not only did that consolidate his own Judaism but it brought him back to a reconciliation with his father…

It’s realizing somehow you can see how your sense of self on earth changes when you’re in a line of succession. The films changed—he’s got all these children now, and feels he’s got to initiate them into the world.

It first started with Schindler’s List. A woman [he met] said you’ve got to do something, and he started the [USC] Shoah Foundation. It’s a big part of his coming to responsibility and a sense of Judaism. For the most part, he’s handled it well.

A: At the moment I’m trying to get through publicizing [this book] and I have two deadlines. I did a big piece for an academic project…essays about the Golden Age of the early ‘70s, Scorsese, Coppola.

I thought I was going to do women’s films that came out then—Alice Doesn’t Live Here Anymore, A Woman Under the Influence—about women being baffled and wanting to change their lives. I did a very long piece on that, going back and looking at them again.

I [am looking at the new] movie 20th Century Women with Annette Bening, which takes place in 1979. I’ve been thinking a lot about that period. I’m doing a review of 20th Century Women for a British [publication]. I fell in love with it. It’s an ensemble piece—Annette Bening is the single mother of a 12-year-old. It’s a strong communal feeling you don’t often get in films.

Women think they want to see women unadulterated, aging, but they don’t. They don’t want to see Annette Bening aging. [The movie is] part comedy of manners and part mother-son love story…I did an interview with Annette Bening for the New York Film Society’s publication. I had to do it by phone. She was really wonderful… 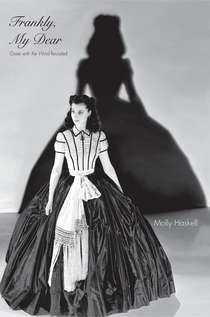 A: The reviews [of the book] are coming in, and some think it’s feminist and some don’t...When I wrote a book about Gone With the Wind the film critics loved it. With Spielberg, they all knew his career so well, and they all think they should write the book. I think there’s some of that…

I don’t think every filmmaker has to be a great director of women, but if you have a blind spot where adult women are concerned, you have to be called on it. It is a blind spot with Spielberg. He hasn’t tried to do movies on adult women or adult love.

I think I’m also anxious about what he would think. I would like to send him a copy. I’m doing [an event] at the Metrograph theater—I chose Empire of the Sun. The woman running it said somebody had run into Spielberg and he said if I’m in town I would have come by.

I probably would have heard from his lawyers if he had [not liked the book]. It would be wonderful if he dropped in. I certainly didn’t want to [antagonize] him. I think he probably would like it. I took him seriously and gave him his due.

--Interview with Deborah Kalb. For a previous Q&A with Molly Haskell, please click here.
Posted by Deborah Kalb at 6:25 AM