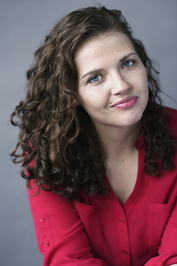 Kayla Rae Whitaker is the author of the new novel The Animators. Her work has appeared in a variety of publications, including Smokelong Quarterly and Split Lip Magazine. She lives in Kentucky.

Q: How did you come up with the idea for The Animators?

A: I wanted to write a novel about two women making art. And I wanted that passion to make art to be their main motivation – while there are other relationships and situations threading through the story, that passion is the central push. Mel and Sharon have this big, bombastic voice, and I wanted that sense of agency and drive to be the story.

Q: How would you characterize the dynamic between Mel and Sharon?

A: Mel and Sharon are a real study in opposites. We have Mel, this charismatic party animal who runs through girls and drugs with lightening speed before she goes home and throws herself into her work. She masks her grief – as when her mother dies, which happens early in the book – and despair with noise and humor and bluster.

Sharon, on the other hand, is quieter, more taciturn. Her drive matches Mel’s, but is powered in part with a potent insecurity that has a tendency to power her demons. She finds herself worrying that “me cleaning up from the night before has become our truest form of collaboration.” And while they are utterly devoted to each other – and to their work – this balance proves to be a threat.

Q: Another focus, as you mentioned, is the act of creating art. Why did you decide to focus on cartoonists and their work, and did you need to do much research to write the novel?

A: I’ve been a fangirl since I can remember – it began with Nickelodeon when I was very, very, young, and Warner Bros reruns. As I grew older, I discovered cartoons made for adults: much of the material aired on MTV, The Maxx and Beavis and Butthead. The Simpsons, of course. Later on I discovered Ralph Bakshi’s work, Fritz the Cat and Heavy Traffic.

And when I began writing about Mel and Sharon, I knew from their dialogue, that they were partners, that they made something, and that it was somewhat physical work. 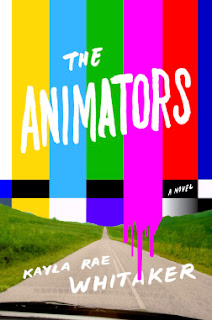 Cartooning just fit. It is also historically masculine work, and I can see Mel and Sharon sinking into the practice in spite of that, and perhaps because of it. There’s a natural defiance there that’s actually lovely to witness.

I am not an animator or cartoonist – sadly, I have no aptitude for drawing – so I did quite a bit of research. The fact that I secretly wish I could draw probably made the research that much more meticulous.

I was fascinated by how immensely physical animation can be - craning over to see what you’re doing, standing or sitting. The use of the hands. The research helped me to realize the feel of the scenes – how it would be to exist inside Mel, or Sharon. Their joints, how their backs and shoulders pinched at the day’s end. It was a pleasure to get to know that world by proxy, through these characters.

A: The ending was not planned, no. With my projects, it never is. The resolution is always a surprise, something that comes after a period of labor. The first few drafts are always a process of discovery.

I know writers who outline, ending and all, and I envy that ability, despite the great pleasure I derive from the discovery process. There were definitely a couple of endings I trashed, because I knew they weren’t right. Every book has some growing pains embedded in the pages.

A: I’m actually working on a project that has involved a lot of research on rabies, which is interesting/horrifying. In the initial research stages, I tend to do a wide sweep, gathering all the materials I can, even the far-out stuff. I’ve picked up everything from slightly dry social and medical research sources to used copies of Cujo, just for the hell of it.

The best discovery has been this old BBC drama about rabies called The Mad Death wherein the first person to be infected, in a rabies epidemic that takes over the U.K., is a stupid American. Informative? Maybe. Entertaining? Yes.

A: I think this book’s biggest draw is that this is a story of two women who are ultimately fighting for influence over their own lives. It’s about creation, and about making art, of course, but it is also about identity.

Girls and women are still fighting for autonomy and agency in a way that directly affects their lives and worldviews – and that’s the most fortunate of us. The events of late 2016 have made this issue more urgent than ever. I could never have known how timely the story of Mel and Sharon would be in 2017 when I began writing it seven years ago – but it is.