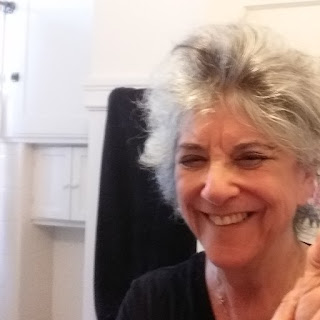 Victoria Zackheim is the editor of the new book Private Investigations: Mystery Writers on the Secrets, Riddles, and Wonders in Their Lives. Her other books include Exit Laughing and The Other Woman. She teaches in the UCLA Extension Writers' Program.

Q: How did you come up with the idea for Private Investigations?

A: I wish I could take full credit for the idea, as I can for my first six anthologies, but I cannot. It was during a conversation with the remarkable Laura Mazer, former executive editor at Seal Press/Hachette, that the subject arose.

I took the idea, developed it, and then my agent, Jill Marsal, of Marsal Lyon Literary Agency, pitched the book to Laura. Seal bought it…and off we go!

Q: How did you choose the authors to include?

A: I submitted my “wish list” to Laura Mazer and my agent, They gave me the go-ahead…and added a few writers who would add tremendously to the collection.

I was already familiar with Anne Perry, Jacqueline Winspear, Robert Dugoni, Hallie Ephron , Cara Black, Connie May Fowler, Sulari Gentill and Caroline Leavitt, so those were my first invitees. You can imagine how thrilled I was when they accepted. And they added to the excitement when they put me in touch with New York Times and international bestselling mystery writers. 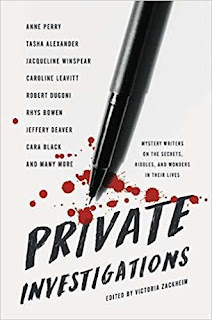 Q: How did you choose the order in which the essays would appear?

A: That’s a very good question, because most readers don’t understand the work that goes into that process.

If an essay is particularly emotional, I’ll be sure not to put a humorous essay immediately after. The flow of the essays is so important, especially if the subject is sensitive or disturbing. I owe it to the authors to protect them, which includes placing their work where there are no before/after distractions.

But let me add this: even when many of the essays are humorous, the editor still has to weigh the juxtapositions, especially if two essays are addressing a similar subject.

Q: The collection is focused on the idea of the mysteries found in people's lives, but did you see any other common threads running through the essays? 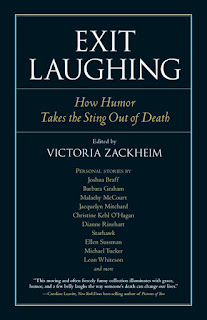 A: One thread, and a prominent one, was the hard work, determination, and angst most of the authors put into writing and being published. Not one of the writers shared that it was easy.

Another consistent message was how much writers work to find their voice. When we’re writing, whether fiction or nonfiction, the reader is reading our voice. But what if it sounds artificial, manufactured for that specific book? Readers will pick that up. Ergo: until the writer finds her/his voice, the narration won’t ring true.

A: Other than the urge to buy 10 more copies for their friends? Oh, not that?

Seriously…I hope they will be introduced to truly gifted authors who are sharing personal stories and viewpoints, many for the first time.

When they read that Jeffery Deaver, one of the top-selling writers in the world, was told that his first novel was worthless, and then it sold and was received with great praise, it reminds us that writing is hard, challenging, and can be astonishingly exciting.

I’m hoping that readers will be excited by the essays and will seek out these authors in bookstores. Of course, I would love readers to recommend this book for their book groups.

A: Oh, Deborah, I’m almost embarrassed to respond! I started writing a mystery in 1996. Guess what? I have the latest version printed out and I’ll be reading it this week. Did I say “latest”? I meant LAST. I have no idea if it’s mediocre, good, or great; I’ve been breathing life into it for 23 years!

But I promise you…if this version doesn’t fly, it will go into the recycle bin, never again to considered. 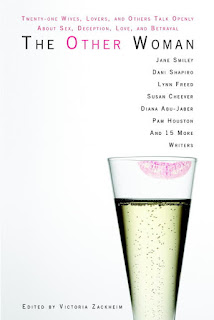 A: Am I ever concerned that, when the essays arrive, there will be two that are so alike they might strike the reader as repetitive? My first anthology, The Other Woman, introduced 20 gifted authors writing about infidelity. I remember a call from my editor at Warner, expressing the concern that we might run into this problem.

Because this was my maiden voyage into the anthology ocean, I became very concerned. And then the essays began to arrive. When all 20 were printed out, I did a very careful read, looking for that problem. That’s when I learned that I could have invited 100 women to submit essays and no two would have been alike.

What I tell workshop students is  this: ask 50 writers to write about their experience with a hangnail, and you’ll read 50 completely different experiences. That’s the beauty of working with such creative writers.

This might be a good time to mention that I truly love doing anthologies. Each book has its own personality, based on the authors on its pages. I always try to do group readings in the San Francisco Bay Area, Los Angeles, and New York City, which gives the authors, scattered around the country, a chance to come together.

Without exception, every anthology grew into a community of writers. Many of them met for the first time through their anthology, and wonderful friendships were created.

I have to think that I’m the luckiest of all of them because, as creator of the concept and editor of the book, I have the honor of “meeting” with every author via the editing process. That relationship of editor/author is built upon trust and mutual respect. I’ve worked with scores of gifted writers and honor their talents and their enthusiasm.

Last, certainly not least? If weren’t for my anthologies, I doubt I’d ever be published in the company of such gifted writers!