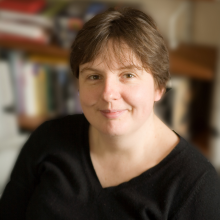 Emma Smith is the author of the new book This is Shakespeare. Her other books include Shakespeare's First Folio and Women on the Early Modern Stage. She is Professor of Shakespeare Studies at Hertford College, University of Oxford.

Q: As a Shakespeare scholar, what do you think are some of the most common perceptions and misperceptions about his work?

A: I think lots of us labour under the conviction that when we find Shakespeare difficult, it’s because we are stupid - and feel sure that there is a meaning to it all that we are just not getting.

It’s this search for the answer that I try to debunk in my book - saying instead that Shakespeare asks questions and helps us to ask questions, rather than giving us (elusive) answers.

The idea that Shakespeare gives us messages (remember the old Hollywood saying: Hollywood for entertainment, Western Union for messages?) is something we’ve inherited from the use of Shakespeare in the 19th century and beyond as a kind of secular scripture. 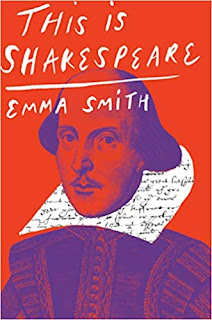 I’m not sure Shakespeare does have messages or morality in that way - and to be honest, you can quote from Shakespeare’s works to support diametrically opposed views.

And finally, I think there is now a cliche that Shakespeare wrote for the theatre and that it’s only really on stage that the works come alive. I think that can be true, although I’d also say that some performed Shakespeare can be really boring and off-putting. But in my book I’m trying to make a case for the enjoyment of reading Shakespeare.

Q: You write, “Gappiness is Shakespeare’s dominant and defining characteristic.” How would you define gappiness as it relates to Shakespeare’s writing?

A: I use the word “gappiness” to mean space - interpretative, descriptive, philosophical - in Shakespeare’s works, and I suggest that the plays are really fundamentally incomplete: they need us, and our active participation, to create meaning. That’s to say, we are not trying to find out what Shakespeare intended, but more working with those plays and our own experiences to understand them anew. 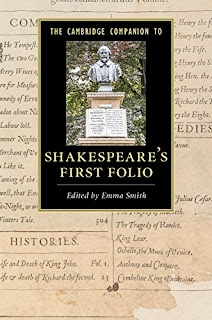 So Shakespeare’s plays are full of spaces for us to interpret - sometimes these are to do with the form of theatre, which doesn’t give us a narrator or description, so we don’t know what characters or settings or encounters look or feel like.

Sometimes they are about unresolved questions - whether it was justified to kill Caesar, for instance, or whether Katherine is tamed at the end of The Taming of the Shrew.

Gappiness is the oxygen of the works.

Q: A review of the book in The Guardian says, “What This Is Shakespeare gives the reader most of all, though, is a licence to enjoy the plays without the cultural and historical baggage they so often carry.” What do you think of that assessment, and what do you hope readers take away from the book?

A: I’m enormously grateful for that assessment. I’ve tried to present a Shakespeare who is less of a chore or a research task, and a bit more approachable. 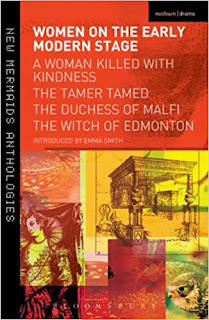 I’ve also sometimes identified things about Shakespeare’s works that I think are problems - he can’t write Act 4, for instance, as you know if you’ve been trying to glance at your watch in the theatre at about 9:30 on Shakespeare night. I’ve tried to think about him as a working playwright rather than a literary icon, and to help readers to do that too.

Q: How did you first get interested in Shakespeare, and do you have a favorite among his works?

A: I wrote my Ph.D. thesis on Shakespeare’s contemporaries - the kind of plays from the period that haven’t survived, and that often tell us something quite immediate about audience’s concerns (Shakespeare himself tends not to be very topical, or even very fashionable).

But I realised that lots of people - from high-schoolers to theatre buffs - have something to say about Shakespeare, and that his works are always being reinvented and reappropriated - and that means it’s so interesting and accessible. I love being involved in a changing field, full of opinions - I’d be very bad as the academic who is the world’s only expert on her topic.

A: I’ve got two academic projects - an edition of a play by Shakespeare’s contemporary and sometime collaborator Thomas Nashe - and a book with my collaborator Laurie Maguire on Elizabethan theatre.

I’m also working on a book about books and our love of them - it’s called Portable Magic (a quotation about books from Stephen King).

And finally, there are some exciting possibilities around the 400th anniversary of Shakespeare’s first collected edition, the 1623 First Folio.