Frances Cha is the author of the new novel If I Had Your Face. Her work has appeared in a variety of publications, including The Atlantic and The Believer, and she worked as a travel and culture editor for CNN in Seoul. She grew up in the United States, Hong Kong, and South Korea, and she lives in Brooklyn.

Q: How did you come up with the idea for If I Had Your Face, and for your four main characters?

A: After receiving my MFA, I returned home to Korea and took a job as a culture and travel producer for CNN.

It was an interesting job for many reasons but from a writing perspective, I was constantly writing about Korea for the Western world – and for a foreign audience who was not necessarily well acquainted with Korea, while also talking about the newest events and situations in a very hypercompetitive, futuristic country.

While on the job I would always store things away to write about in my fiction one day.

The character of Ara comes from the years that I was obsessed with kpop. For me, kpop was a form of escapism to escape a difficult time I was going through in my life. For Ara, too, she prefers to escape the reality of her life and immerse herself in a fantasy world.

The kpop fandom is an intense, fevered, hierarchical place that is all-consuming and even when I was living it, I knew I wanted to write about it.

Kyuri, who is a high-end escort at a room salon, was also inspired by real events in my life when I was called to a room salon by a drunk guy friend who wasn’t supposed to call me there but he did and for the first time I saw this new world that I had only vaguely heard about but was immediately fascinating. 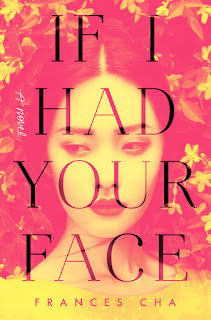 I saw women who were truly the most beautiful women I had ever seen in my life, and men who were trying to impress them even though money was being paid for their company. I immediately started research and the more I read, the more the entire industry bothered me and it was astonishing how no one really talks about it in polite society.

Miho is a contemporary artist who studies abroad in New York with the sons and daughters of chaebol – the conglomerate dynasties that have run Korea for the past 70 years or so. Because she is an orphan with no wealth or status, she is a fish out of water but she has talent, which is one thing that commands respect in this society.

I drew upon my own experiences in a New England boarding school for Miho’s storyline, and also upon my own interest in modern Korean artists and the amazing work they are doing. I go to art fairs and galleries and museums every chance that I get.

The character of Wonna came about when I was pregnant with my second daughter. There is a lot of fear about losing your child, at least there was for me, and I was thinking about the fact that Korea has the lowest birthrate in the world among developed countries, and all the reasons why this is so.

Due to the socioeconomic immobility of Korean youth following the rapid urbanization of modern Korean society, there is a lot of pessimism about bringing a child into a world that you cannot afford a good life for.

Q: You tell the story from alternating perspectives. Did you write the novel in the order in which it appears, or did you focus more on one character before turning to the others?

A: I actually started writing the book from the perspective of a character that ultimately got cut entirely, but I spent years on her. She was another friend who lived in the office-tel and had returned from Boston recently to Korea. Some of that is going into my second book.

But the other chapters were written I would say 60 percent in the order that it is in the final version, and the others I jumped around.

Q: The novel is set in Seoul. How important is setting to you in your writing?

I love writing about modern Seoul because it is such a unique, futuristic and extreme place, and there is so much to write about, but it has not been written about in English fiction. And so being able to write about everything from fortune telling cafes and room salons to video game arenas and kpop concerts was exhilarating for me.

For such a small country, South Korea has a lot of interesting global superlatives that I touched on in the book –  it is the world’s most educated country, according to the World Economic Forum – which leads to hyper competition to get into the few very good universities.

A: The original title was “I Remember You” but we received feedback that it sounded more like a murder thriller than what it was. I am still partial to that title though, and hope to use it one day in the future.

The final title came from a line that Kyuri thinks to herself as she surveys the kpop star that she models her face after in the plastic surgery hospital. I would live my life so much better than you if I had your face.

It is a commentary on how we are all very quick to judge others and think that they are making the wrong choices in life, when actually we are making so many bad choices in our own lives.

A: I am working on my second novel, which is due later this year. It is set in Korea and Boston and is in the literary horror vein. I am also working on a children’s picture book, set in New York and Korea.