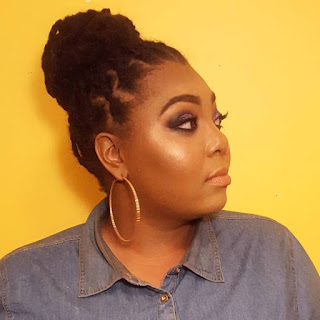 Evette Dionne is the author of Lifting As We Climb: Black Women's Battle for the Ballot Box, a new book for older kids. She is the editor-in-chief of Bitch Media, and her work has appeared in a variety of publications, including Teen Vogue and The Guardian.

Q: Why did you decide to write Lifting As We Climb?

A: I decided to write Lifting As We Climb for a number of different reasons.

An editor at Teen Vogue approached me in 2017 about writing an article about Black suffragists being sidelined in the larger suffrage movement. In 2018, Sheila Keenan, a former editor at Viking, read that article and approached me about adapting it into a nonfiction book for children in middle school.

My nieces are the people who actually persuaded me to take on this project. They’re now 8 and 9, and they’re in the second and fourth grade, respectively, so I know they would be old enough to read a book about Black suffragists. I wanted to write a book that would teach them and their peers accurate history.

Lastly, I wrote this book because it felt like a natural progression of my own work. I have been concerned with and focused on Black women—both historically and in current times—throughout my entire career. It was almost natural for me to feel drawn to a book-length project that continues the work I’ve been doing for more than a decade now.

A: It was a lengthy research process. I began researching soon after I signed my book deal in March 2018, and it took me until April 2019 to feel satisfied that I’d done enough research and filled in all the gaps.

Researching this book felt a lot like putting puzzle pieces together. I had to attempt to figure out what wasn’t being said about suffrage and who wasn’t being written or talk about.

You must remember that this book starts before the Civil War, so many of the Black women featured in that part of the book were formerly enslaved and had either escaped or bought their freedom. So they weren’t interested in being photographed; they wanted to fly as under the radar as possible.

And then I had to put a number of different pieces together, based on the work other historians had done as well the historical records that do exist in digital archives, books, and Census records.

What surprised me most is how lengthy of a history we’re talking about. Most books about suffrage start in 1840 at the World Anti-Slavery Convention and end in 1920. Lifting As We Climb begins way before that timeline and ends in our current moment.

I literally cried as I wrote the epilogue because I finally realized how much work has been done around voting rights and how many gains were made—only for all of these wins to be eroded, again.

Q: This year marks the 100th anniversary of the 19th Amendment's ratification, and you write, "The history of suffrage in the United States remains pertinent beyond the centennial milestone." What do you see looking ahead?

A: I see conservative legislatures continuing their efforts to erect barriers to voting that particularly deter people from marginalized communities, particularly Black people and people of color, trans and gender-nonconforming people, and working-class people, from voting. Every sign points to that continuing to be a trend driven solely by sinister political motives.

Conservatives in the United States recognize that the Democratic Party often wins elections where voting is easier to access and there’s a higher turnout. Given that, I am certain that voter ID laws, curtailing early voting, and getting rid of polling places will continue because it helps guarantee certain political outcomes.

I also hope, though, that voting-rights activists—like Stacey Abrams, who is featured in LAWC’s epilogue, and Reverend William J. Barber II—and organizations will continue fighting to keep the right to vote unencumbered. I hope they’ll continue challenging voter-suppression tactics in court, raising awareness about voter suppression, and registering as many voters as possible.

A: Lifting As We Climb is technically for children, so I hope teachers and parents use this book as an educational tool and that children learn the importance of fighting for something bigger than themselves.

It might be too much to ask, but I hope children also see the value in being civically engaged, even if they later decide to take the political stance of non-voting. Every child should know this history, so they can make an informed decision about voting.

As I moved from generation to generation within the book, I intentionally highlighted the Black women suffragists who died before the ratification of the 19th Amendment or before the passage of the Voting Rights Act of 1965. I did that to show how much they sacrificed, even though they didn’t personally see the gain of the work that they dedicated their lives to.

I also hope that readers recognize that history is written to favor those from dominant cultures, which creates an inaccurate and incomplete history. It’s up to us to properly document history as it happens, and for us to properly teach it to the generations coming behind us.

A: I am still the editor-in-chief of Bitch Media, so I am always working on producing daily digital content and a quarterly magazine, while also figuring out how to create pipelines of opportunities for writers from marginalized communities.

Beyond that, as many people know, I sold a collection of essays, Fat Girls Deserve Fairytales Too, around the time I landed the book deal for Lifting As We Climb.

I chose to part ways from the publisher that bought Fat Girls Deserve Fairytales Too, so I am in the process of revising it and reselling it because I genuinely believe that it’s important for fat people to write three-dimensional stories about their lives that doesn’t just center around a quest to lose weight.

I am also at the beginning stages of two anthologies and working on the research for another young-adult nonfiction book about the Black women of the Civil Rights Movement.

I delved a bit into that history at the end of Lifting As We Climb, but there is so much there about Fannie Lou Hamer and Ella Baker—who show up in LAWC—and Rosa Parks, whose history has just been distorted and sanitized for a long time.

A: Amid a pandemic and an emerging economic recession, I know that promoting a book is not considered essential or vital.

However, I hope people will consider requesting Lifting As We Climb from their local libraries or purchasing it from their local indie bookstore. Libraries and independent bookstores need our support right now and they’re going to need it for the foreseeable future.