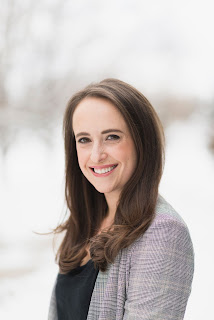 Rebecca Siegel is the author of To Fly Among the Stars: The Hidden Story of the Fight for Women Astronauts, a new book for kids. She also has written Mayflower: The Ship that Started a Nation, which will be published later this year. She lives in Chicago.

Q: Why did you decide to write To Fly Among the Stars?

A: I wrote To Fly Among the Stars for a pretty simple, selfish reason: I couldn’t not write it. I spent years so utterly captivated by this story that it was almost all I could think about. I devoured the existing books on the topic, the memoirs and the histories. I scoured the internet, watched the documentaries, listened to the interviews. And still, I wanted more.

I also found myself frustrated by the way these pilots have been presented in the past, with the men occupying the main text and the women relegated to the sidebars or endnotes. That bothered me. I could see that the men had indeed been American heroes worthy of our attention. But the women had been, too. I figured they deserved equal space (pun not intended) in at least one book.

Toni Morrison famously said, “If there's a book that you want to read, but it hasn't been written yet, then you must write it.” So, I suppose that’s what I did.

Q: What would you say are some of the common perceptions and misconceptions about women in the space program?

A: The misconceptions about women in the space program are, in many ways, the same misconceptions that plague women everywhere today: that they’re somehow less competent or less capable than men.

This simply isn’t true. Women astronauts have held every position male astronauts have on recent missions, from flying their ships to commanding the International Space Station. Women engineers, doctors, pilots, and researchers have flown in space, just like their male peers. 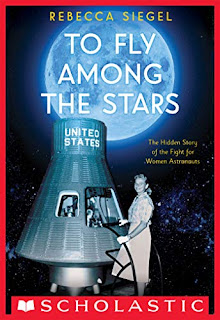 Q: You note that you learned to fly a single engine plane during your research for the book. What else did your research encompass, and did you learn anything that especially surprised you?

A: My research began in a fairly traditional manner, in the library. However, it wasn’t long before I started to branch out into more unconventional methods.

In 2017, I attended a writer’s convention where the speaker, literary agent Gemma Cooper, reminded her audience of the importance of hands-on experience. She said that if we were writing books about a character who likes to climb trees, then we should go outside and climb some trees ourselves to get a feel for the experience.

I remember thinking, “What? Am I supposed to ride a rocket?” I knew that wasn’t in the cards for me. But I still took the message—I needed a way to write about flight and spaceflight authentically.

For me, that meant expanding my research beyond the paper accounts of the story, the biographies and the histories and the timelines, and finding a way to immerse myself in the experience.

I dove into archival photo collections. I studied grainy old films. I read flight transcripts alone, then compared them to the way they appeared in astronaut memoirs, then read them again alongside archival audio. Doing this helped me create a full, vibrant picture of these events.

I’m lucky to live in Chicago, home to both the Museum of Science and Industry and the Adler Planetarium. I could drive to the MSI and study Scott Carpenter’s tiny Mercury capsule, then head to Adler where I could walk through a mock mission control. These helped me place myself inside this history.

My research was full of surprises, but I think the most interesting of these came from my interviews with the surviving women. I expected them to be bitter or angry about what they had been through. I was ready to record their grievances, their complaints.

But over and over again, these women shocked me with their positivity. They’d pause amid some horrific tale of discrimination or heartbreak, and remind me that they were just glad to have the chance to contribute to space history. They told me that they’d had fun. They laughed at silly memories of goofing around with each other. 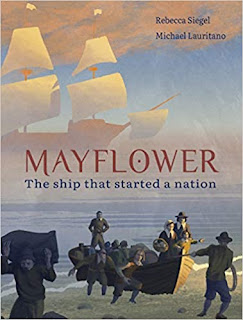 I hadn’t expected that positivity, but it’s what I think about when I remember this process.

A: This might sound a little surprising, given the fact that To Fly Among the Stars is a history book, but I hope this book gets readers excited about their own futures.

We’re on the cusp of the next space age right now, with space agencies forging ahead with plans for Moon settlements and Mars missions. The kids reading my book could very realistically be the adults crewing those missions in just a few years. That’s just about the most exciting thing ever.

A: My next book is a bit of a secret, so I’m afraid I’ll have to keep my lips zipped on that one for the moment. But in my spare time, I’ve been working on a very unusual writing project involving, well, a hunt for a missing Corvette.

A little background: NASA astronauts used to be able to lease brand new cars from a Florida dealership for just $1 a year.

Two Apollo crews commissioned special paint schemes for their nearly-free Corvettes. The Apollo 12 crew went with a black and gold theme, and the Apollo 15 crew chose to have their cars painted red, white, and blue, with corresponding racing stripes. The blue and white Apollo 15 cars have been recently located, but the red one’s whereabouts remain unknown. I’d love to find it.

So, here’s my challenge for your readers: Has anyone seen a 1971 Corvette Coupe painted Mille Miglia red with blue and white racing stripes on the hood? It originally had a 454 ci, 390 hp engine, and black leather interior.

If you have any information regarding this car’s potential location, please contact me through my website: www.rebeccasiegel.org. You could be a part of a big, exciting story.