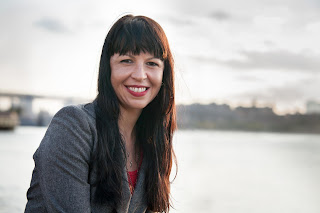 Jennifer Keishin Armstrong is the author of the new book Pop Star Goddesses: And How To Tap Into Their Energies To Invoke Your Best Self. Her other books include Seinfeldia and Mary and Lou and Rhoda and Ted, and her work has appeared in a variety of publications, including The New York Times Book Review and Vice. She lives in New York City.

Q: How did you come up with the idea for Pop Star Goddesses, and how would you define a pop star goddess?

A: I noticed that we tend to treat our female pop stars in particular very much like we think of goddesses and goddess worship: These women represent specific energies, and we look to them as inspiration to invoke those energies in our own lives.

For example, I have a “What Would Beyoncé Do?” sign above my desk and a Britney Spears “Work Bitch” prayer candle, both of which give me genuine encouragement throughout my work days. So I thought it would be fun to write a book looking at the ways different pop stars inspire us.

I ended up doing 35, and that still meant doing some serious narrowing down. I was looking specifically for pop stars who started their careers in the 1990s or after, who clearly represent a certain kind of inspiration, and who had a story I could tell in the essays.

Q: Can you say more about how you chose the women you included in the book--as well as their ancient goddess sisters?

A: I looked for women who met the criteria I just mentioned, but some of it is just based on my personal feelings and preferences. 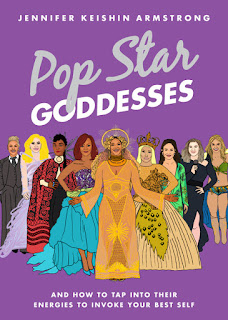 In addition to the more obvious ones who almost have to be there, like Celine Dion or Jennifer Lopez, I included some left-field choices that I hoped would surprise people, like former First Lady of France/French folk-pop singer Carla Bruni, Against Me! frontwoman Laura Jane Grace, and political firebrand M.I.A.

Once I had my pop star goddesses and what each represented, then I looked for ancient goddesses who represented similar energies or had similar journeys.

A: Lots of reading! And listening! Because I cannot possibly be a lifelong expert on 35 pop star goddesses, I got to learn a lot about some women I hadn’t gone deep on before, which was great fun. 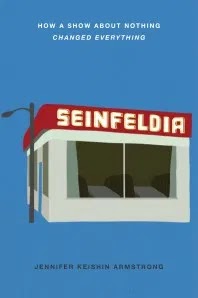 Cardi B was just coming up when I was writing and decided to include her, so I got to start from zero and learn quickly what an incredible force she is: She literally built herself on the internet with a captivating combination of wit, sass, brutal honesty, and political savvy.

I ended up reading Larua Jane Grace’s entire excellent memoir about coming out as trans, Tranny, and found that she is even smarter and funnier than I had known. I gained a new appreciation for Missy Elliott and Shakira (before she snapped the rest of the world back to attention with this year’s Super Bowl Halftime show).

A: Mostly, especially now, I hope they just get some light and joy and inspiration.

But I also hope they get a little bit of what I did from writing it, which is a new appreciation for what it takes to be a female pop star who survives and thrives, given the incredible pressures they’re under. 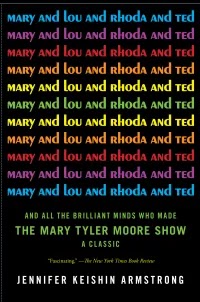 These are women who have figured out how to withstand outrageous demands on their bodies and appearances, weather relationships under ridiculous public scrutiny, and make millions from their talents while, hopefully, retaining some shred of themselves. To do that over years or decades is superhuman.

A: I’m working on a book called When Women Invented Television, about the period from about 1948 to 1955 when, because TV was still experimental and not terribly profitable, women wrote, starred, created, and directed more than people realize—because men were still mostly interested in radio, which was in its golden age.

Women helped to create and shape many of the foundational elements still in place today, like talk shows, soap operas, and sitcoms.

I focus on four main characters to tell the story: Hazel Scott, a jazz musician and the first African American to host a national primetime show; Irna Phillips, who created the daytime soap for radio and brought it to TV; Gertrude Berg, who wrote, created, and starred in the first family sitcom; and Betty White, who co-hosted one of the first daytime talk shows. That is due out next year.