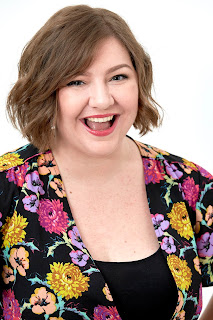 Jenna Guillaume is the author of the new young adult novel What I Like About Me. She was editor-at-large for BuzzFeed Australia, and she's based in Sydney, Australia.

Q: How did you come up with the idea for What I Like About Me, and for your character Maisie?

Of course, as I developed the story and the characters—especially Maisie—I quickly took it much more seriously and it became very special to me. The fun romance is still there, but so are a lot of other things close to my heart—such as body positivity and complicated female friendship.

Maisie herself is fictional, but I injected a lot of the insecurities I felt as a teenager (and even an adult) into her, which is why it was particularly important to me to take her on a journey towards loving herself and healing her relationship with her body. 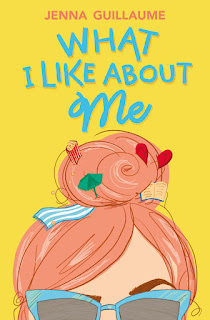 A: The novel changed a lot in the writing process. I’m a “pantser” not a plotter, so it took me a while to even figure out what the plot was! But I definitely had an idea early on about how the romance and friendship dynamics would play out—at least, I knew what the final *feelings* around them would be, if not the actual events.

Q: One of the themes of the book involves body image. Why did you choose to focus on that?

A: I spent five years working at a teen magazine, and I got questions on a daily basis from readers concerned about their bodies. A huge focus of my work there was on body positivity and helping readers shift their thinking about themselves from negative to positive.

It’s something I’m aware of in my own life, too—as a teen, I hated my body, and as an adult I’ve faced a lot of criticism about my fatness, both from my own internal negative voice and also trolls on the internet (one of the hazards of being a female writer online!).

All of these experiences were swirling around in my head as I sat down to develop What I Like About Me and Maisie’s character.

I decided it was important that Maisie be a fat girl who realizes the only thing that needs to change is her own attitude towards her body: she learns to love herself and her body, just the way it is. As we all should.

A: More than anything, I hope readers really have fun with What I Like About Me. Rom-coms are my comfort reads – the books I turn to when I need to smile and take a break from the world. If What I Like About Me could be that kind of book for readers, I’d be thrilled.

As a bonus, it’d be really lovely if it made people consider loving themselves a little bit more – maybe even making their own list of things they like about themselves, just like Maisie does. I swear, it really helps!

A: Right now, in addition to enjoying the release of What I Like About Me in the U.S. (is this real life?!), I’m also editing my second book for Australia. It’s called You Were Made For Me, and it’s another standalone YA rom-com.

It’s a modern take on Weird Science (yes, that old ‘80s movie), in which two girls accidentally create the perfect guy and suddenly have to deal with a grown-ass teenage boy who is totally helpless—and totally hot. I’m having a lot of fun with it, so I hope readers will too!

I hope you come to love Maisie as much as I do.