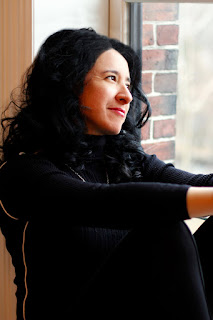 Deborah Paredez is the author of the new poetry collection Year of the Dog. She also has written Selenidad and This Side of Skin, and her work has appeared in a variety of publications, including The New York Times and the Los Angeles Review of Books. She is a professor of creative writing and ethnic studies at Columbia University, and she lives in New York City.

Q: What inspired you to write Year of the Dog, which focuses on the Vietnam War and its legacy?

A: A couple of things. The first thing was a lifelong obsession with the legacies of the Vietnam War, especially in Latino communities. My father was a Mexican immigrant, and he got his citizenship papers just in time for his draft notice.

When he returned from Vietnam, it was not talked about, but it took up space in the household. I began writing about it to fill the void. This was the book I was meant to write.

Also, I remember as a kid that because it wasn’t talked about, I would pore over photographs and snapshots from Vietnam, thinking maybe if I look, I’ll get some answers. It was part of the archive of my understanding about the war. 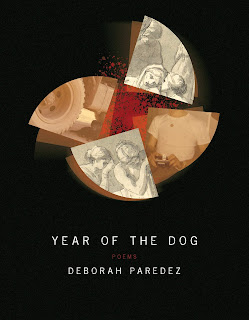 The war was hyper-documented through iconic images we have, and simultaneously, there’s so much we have to [undo] because we assume we know it.

Q: I was going to ask you about the photos and other text you include in the book. How did you decide on the book’s layout, and on the pictures to incorporate?

A: I had my father’s photos, and I had an interest in using photos in a way to buttress them against the iconic images—and also preserve my father’s privacy. You don’t see his face. The images of body parts emerged in the collaging. I started to cut and paste on my own. It was an organic process for me. I asked how the images could resonate with the work the poems are trying to do.

The opening image is of a village; the rear-view mirror is in the image—it’s an image of looking back.

How I chose the images—I wanted to focus on those that featured women. So much of the book is grounded by feminist imagery, the image of Hecuba crying out. I’m interested in women of color and women on the margins.

Q: Did you need to do much research to write the poems, and, if so, did you learn anything that especially surprised you? 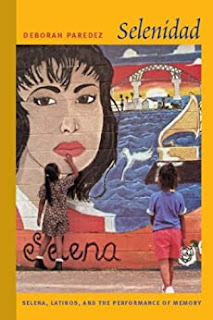 A: I did a lot of research, at least for the poems based in the historic period. There’s a series of poems about Kim Phuc [the girl featured in an iconic Vietnam War photo]. I read the book by Denise Chong, which served as a starting point for her life. I looked at a lot of archival news and magazine articles.

I read about Latinos in Vietnam more generally.

What surprised me is part of the reason why the participation of Latinos is so hard to document—they were racially classified as white. You couldn’t rely on data collected around race or ethnicity. And Spanish surnames weren’t so easy to [figure out].

There’s the story of Mary Ann Vecchio [who appeared in a famous photograph of the Kent State shootings]—she was 14, a runaway, caught in the whirlwind of history. Her life was really hard after that.

A: Some of that happens after a million times of printing them out and putting them on the floor. But I knew I wanted the first section to be reflecting on the period surrounding 1970.  As I was writing the Kim Phuc poems, I knew that would be its own section.

There’s a pivot in the middle of the book.

A: I write prose in addition to poetry. I’m working on a book about divas. I write a lot about performance and women. My first book was about the legacy of Selena. This book is about what divas meant for us, to me in particular, and to women of color. It’s a series of essays, and each one is about a different diva.

Then in my poetry, I have a book that’s unfinished, that’s difficult to write, about a dear aunt of mine who’s developed Alzheimer’s. It’s a book about women and memory.

They’re very different projects. The divas book is a nice place to land after the horror of war.

A: As much as I wanted folks to be reawakened to the horror in images we’re accustomed to, I wanted to do the same with language. I’m interested in taking idioms focused on body parts and make them strange, disturbing, and fresh again.

--Interview with Deborah Kalb. This interview also appears on the Haunting Legacy website.