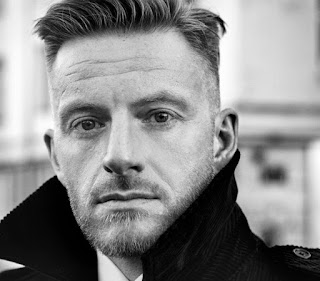 Szczepan Twardoch is the author of the novel The King of Warsaw, first published in Polish in 2016 and now available in an English translation by Sean Gasper Bye. His other work includes the novels Morphine and Drach. He lives in Upper Silesia.

Q: What kind of research did you do to write The King of Warsaw, and did you learn anything that particularly surprised you?

A: Warsaw nowadays is entirely different from the city it was 80 years ago. Still, I've already studied the history of pre-war Warsaw for my previous novel, and already back then, I've learned that daily newspapers from the era are one of the best sources, from which one can learn about the "Zeitgeist" of the era.

So apart from historical books and memoirs, I've dug through hundreds of issues of three newspapers: pro-government "Kurjer",  rather left-leaning, Jewish "Nasz Przegląd" and antisemitic, right-wing "ABC". In the last one, I've found the shocking letter to the editor, which takes an essential part in the plot of the novel.

On the other hand, to write plausibly about boxing, I had no other choice than to start boxing myself, which I did. I've never been a fan of sports, but to my surprise, boxing, and later Muay Thai, stayed with me since then, with a beneficial effect on my physical and mental health. 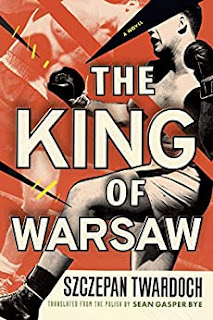 Q: You've said that the novel is "meant to be about violence." Can you say more about that, and about why you chose that theme?

A: Violence always was an essential part of the human condition. We are eager to fool ourselves that we were able to suppress violence in our so-called civilized societies somehow, but I think we just outsourced it abroad, out of our line of sight.

In my novel, the spectre of incoming mass violence hangs upon all the deeds of my characters. They are not aware, although the reader knows. I think it can create an intriguing perspective.

A: I'm a staunch believer in a polyphonic concept of a novel, which in my opinion, should reflect life and fate in the way of having multiple voices, perspectives, human destinies, stories and outlooks.

I think one can read The King of Warsaw as a fast-paced gangster story, with the simple pleasure of following the plot, or as a picture, abundant in details, of the world, which doesn't exist anymore. Or as a story about guilt, for which it is impossible to repent, the legacy of sin, the dangers of man's pride, about different paths of life, each is leading to perdition.