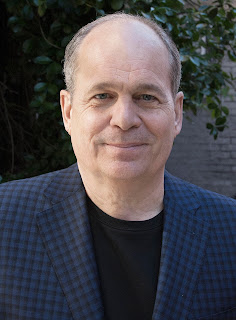 Andrew Zimmerman is the author of the new novel Journey. He is the CEO of the design firm frog design, and he lives in New York City.

Q: How did you come up with the idea for Journey?

A: Journey was inspired by a true story, though it is fiction versus a memoir. I’ve had a career in the fast-moving tech world as a senior executive including CEO of companies.

About 10 years ago, I did go to Glastonbury and had a soul reading and experienced a spiritual awakening which continues to this day. I choose to “stay in this world,” as the CEO of frog design. I chose to write a novel versus a memoir in order to have more liberty to make the story more entertaining and engaging.

Q: What do you think the book says about the conflict between business and spirituality?

A: The conflict is an artificial one. [My character] Paul believes that in order to be successful, he needs to give up his claim to being human. He needs to do a deal with the devil and worship the pursuit of money and power. Spirituality, to him, is a fool’s game at best. Or, worse, a weakness that others will take advantage of. 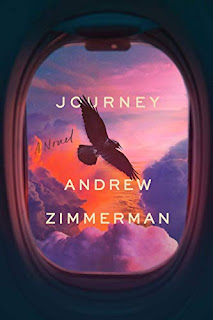 But after he awakens and opens his heart and soul to the universe, he becomes a better husband, father, and, yes, businessman. In today’s world, particularly in the fast-paced digital space, leaders are increasingly showing their vulnerability—it demonstrates courage and empathy, not weakness.

A: Not only did I not know how it would end, I also did not know that I was writing a trilogy. I was stuck with a longish draft of 140,000 words and still writing and everyone was telling me it was too long, particularly for a debut novel.

I had a shamanic treatment at a spa focusing on this problem and that is when I realized how Journey would end and that I was actually writing a trilogy. Most readers are very surprised by the ending but are eager to see what happens next.

A: First, that it is an entertaining and fast read. Second, they open themselves up to the magic and abundance that surrounds them. Third, they hit the pause button, take a deep breath and love themselves.

This review is by an early reader who actually has gone to Glastonbury and had a soul reading, herself: "This book will make you think about your own path and perhaps it will open you up to the idea that it’s never too late to change your trajectory, perspective and choices in life. A powerful book and a delightful read that may just change the way you look at life."

I’m also CEO of frog design, one of the world’s best-known design firms. We have 14 studios in ten countries. Right now, nearly all of our frogs (what we call our employees) are working from home and we are designing masks, new ways of handling patients, telemedicine applications, and supporting our local communities in this time of crisis.

A: On March 3, I was in Glastonbury at the top of the Tor (said to be the Isle of Avalon). I knew we were about to have a worldwide crisis and thought it was the worst time for my novel to come out. But I trusted the universe in a way that would have been completely foreign to me 10 years ago.

It turns out people have more time to read and my story is very relevant. And it recently was the #1 hot release in the metaphysical and inspirational fiction category on Amazon. So, during these challenging and humbling times, we should listen to our hearts and souls and trust the universe.