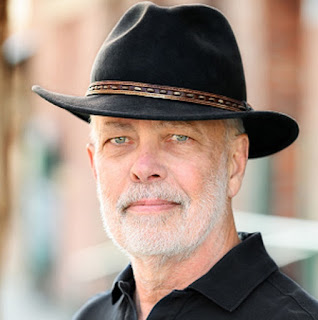 Terry Tierney is the author of the new novel Lucky Ride. His other work includes the poetry collection The Poet's Garage. He lives in the San Francisco Bay Area.

Q: What inspired you to write Lucky Ride, and how did you create your character Flash?

A: After amusing my friends with my cross-country hitchhiking adventures, I decided to write them down. Lucky Ride began as a memoir of the Vietnam era, but it soon gained a breadth of its own and morphed into a novel.

I freely changed my real-life experiences and created new experiences to enhance the enjoyment and depth of the story. Similarly, some of the characters bear similarities to actual people I met along the road, but they are all recast to fit the story. Most characters sprung solely from my imagination.

Because I wrote Lucky Ride in the first person, many readers assume Flash is my pseudonym. In many ways I wish I were more like Flash, especially in his unflappable ability to pull himself together and extend his thumb for the next ride. We share a few attitudes and exploits, but Flash is his own person with his own ironic perspective.

Like Flash, I served on Adak, dropped out of college, and smoked my share of weed, but he emerged from those experiences in better humor.

Q: You've said that Jack Kerouac, John Steinbeck, Tom Wolfe, and Hunter S. Thompson are among the writers who have inspired you. Can you say more about that?

A: I credit those authors with launching me on my journey of writing Lucky Ride, and I inhaled a bit from each of them.

Kerouac rises to the top of my literary influences. Although the road novel is a persistent theme of literature, Kerouac embellishes the road with a personality, raising it almost to the level of protagonist.

I adore the rhythm and music of Kerouac's words. I hear the soothing buzz of tires on asphalt forming the bassy bottom of his harmonic flights of imagery. His quest for meaning and epiphany informs my writing, but his broad canvas of inner reflection and his technique of spontaneous prose are unique to his style alone.

My writing tends to be more controlled and directed. Like Flash, I try to maintain my momentum.

But in some ways Kerouac's perspective feels privileged because his characters get the help they need, more often driving a car or riding a bus than hitchhiking.

Steinbeck's characters often start with nothing and they hazard the road because they have no choice, an experience more closely aligned with Flash, though Flash has better luck.

With Ken Kesey and the Merry Pranksters’ bus Furthur, Wolfe depicts a rock and roll hallucinogenic version of On the Road, including a few of the same characters, particularly Neal Cassidy.

I love the creative and experimental atmosphere of The Electric Kool-Aid Acid Test and the Pranksters’ search for both inner meaning and cultural transformation, though I also relate to their occasional sense of paranoia and displacement. 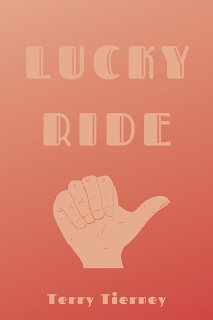 Despite the miles he logs, Flash’s quest tends to be more internal. He recalls protesting the war with his wife Ronnie, but his journey focuses less on changing the world than understanding the impact of the war on him and his friends and surviving that impact.

Thompson cranks up the acid and velocity in Fear and Loathing in Las Vegas. My narrative pace is probably closest to that of Thompson, though my prose tends to be more sober most of the time.

Reading Fear and Loathing also taught me that Flash’s emerging sense of himself in the postwar landscape must come from a place deeper than an acid trip. As mesmerizing and fun as Thompson’s characters are, they are not looking for personal meaning in the same way as Flash.

Flash’s road trip and internal journey are tempered by his need to find a job and solve the riddle of his unraveling marriage. Like the characters chasing the American highways before him, Flash struggles to find his way, navigating his needs and emotions within the cultural landscape.

A: As I wrote Lucky Ride I realized Flash's hitchhiking trip was best told within the context of his broader personal life, particularly his love for Ronnie and the way their relationship and marriage evolves from war protest to conscription and its aftermath.

The novel begins in Binghamton, New York, when Ronnie's affair with her boss launches Flash on his road trip, and the final chapters only became clear to me as the characters pursued their own directions. With respect to his marriage, Flash's quest cannot end with the highway.

A: I hope readers enjoy the ride. Flash’s adventures in the ‘60s era echo contemporary and universal themes, including romance, cultural conflict, the value of friendship, and the effects of war. There is more to the ‘60s than sex, drugs, and rock and roll, though we can’t discount the value of that triangle. But my primary goal in writing Lucky Ride is to entertain.

A: My second novel, The Bridge on Beer River, will be published in 2023 by Unsolicited Press. Set in Reagan-era Binghamton, the novel features a war-scarred narrator who attempts to do the right thing, occasionally succeeding, despite his struggles with alcohol, romance, and the decaying economy of his Rust Belt town.

I'm also writing short stories and revising another novel about an environmental visionary and his imaginary friend. But I drop everything when I feel a poem coming on, so I hope to have a new poetry collection in the next few years.

A: I spent so long finishing Lucky Ride that some are now calling it a historical novel, which is appropriate, though I find the description amusing.

Flash might be slow to make decisions, but my editing process was even more deliberate. My rewrites focused on ensuring the voices and scenes were true to themselves and the period, while fulfilling my stylistic vision of a fast read.

Lucky Ride took two months to live, 40 years to write, and it takes 10 hours to read.

Please feel free to follow me or thumb me down: