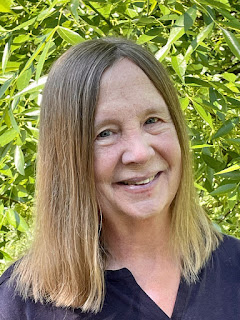 Claudia Mills is the author of The Lost Language, a new middle grade novel in verse for kids. Her many other books include Zero Tolerance. She was a professor of philosophy at the University of Colorado and now teaches in the graduate programs in children's literature at Hollins University. She lives in Boulder, Colorado.

Q: What inspired you to write The Lost Language, and how did you create your character Betsy?

A: As a child I became fascinated with the "universal language" of Esperanto, created in the 19th century to be a simplified language that could be spoken by all people everywhere. I adored this vision of a world no longer divided by linguistic difference and was wild to learn Esperanto myself.

As an adult, however, I came to appreciate the beauty of the world's diversity of languages - such richness there! - and mourned the looming extinction of thousands of languages to the forces of globalization.

I thought that if my child self were here now, she would feel the same way, and instead of wanting to learn Esperanto, she would want to learn an endangered language in a doomed attempt to try to save it.

For a decade I kept playing with the idea of writing a middle-grade novel about two best friends trying to save an endangered language together.

The project finally came into focus for me when I decided to write this as a verse novel - the literary form that puts the greatest emphasis on language itself.

As I started to write poems in Betsy's voice, I found her pouring out her heart to me on the page. It was a wonderful way for me to come to know a character intimately.

Q: The Kirkus Review of the book says, "An endangered language becomes a metaphor for people struggling to communicate." What do you think of that description, and what role do you see language playing in the novel?

A: I knew all along, from my first glimmer of an idea, that as the two best friends worked together to save a dying language, they would also be working to save their dying friendship.

I'm always more interested in character dynamics and growth than I am in any other element of a story. 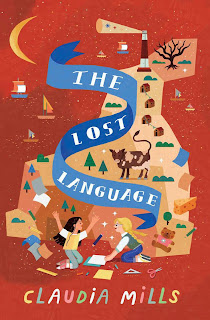 So, yes, I agree with the Kirkus description!

A: I knew Betsy would have to succeed in coming into her own, but I didn't know exactly how. It was as I was writing that I decided to have Betsy audition for the school musical and allow herself to form a new friendship.

Through most of the writing, I thought that Betsy would outgrow her old friendship with Lizard as part of this new claiming of her own identity. I'm so glad I was wrong about that!

Q: How would you describe the dynamic between Betsy and Lizard?

A: As Betsy's mother observes at one point, Lizard is a "mover and shaker," and so this means that Betsy is the one "moved and shaken."

Lizard IS controlling and charismatic, and Betsy is swept along by Lizard's intensity and drive, only later to come to realize her friend's deep-seated insecurities and her own hidden strengths.

A: I've been writing and publishing books for young readers for 40 years; my first book came out in 1981! The Lost Language is my 62nd book for this audience. I think it might be time for me to explore some new forms of writing.

I so loved this first foray into writing a verse novel that I'm planning for 2022 to be "the year of poetry," the year where I immerse myself in reading and writing poetry for both children and adults.

A: I do think that this is my best book - and it's not just that I think this about every new book of mine! One of the reasons it came together in way that was so satisfying for me was that I did explore something new, in trying a verse novel.

So I would say to my fellow writers: don't be afraid (even after dozens of books!) to try something new. You may be very glad that you did!