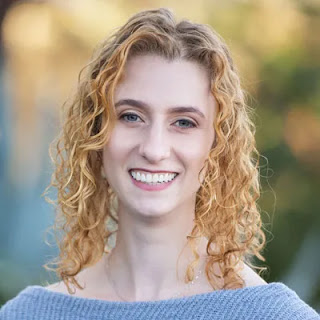 Q: You write that you have some similarities with your character Hannah, adding, "But Hannah is not me." How did you create Hannah?

A: My characters tend to show themselves to me slowly, emerging out of the story that I'm trying to tell, and sometimes I even feel like I write them "backwards," starting with the themes and "hook" of the book, before figuring out what sort of character would cause the events that take place in the story.

With Recipe for Disaster, I spent about six months noodling on the concept of food and bat mitzvahs and Judaism before I settled on the core plot of the book: a girl whose primary connection to Judaism is through food, deciding she wants a bat mitzvah in spite of her family's opposition.

And once I had that, I knew I had my character. Because the decision to decide you want something so much that you'll ignore everyone around you telling you not to go for it is so active that only a certain type of person would do it.

I knew for Hannah to make this choice she had to be bold, she had to feel generally safe in the social structures in her life, and she had to be hurt in a way that she didn't fully understand. That's a character!

Q: How would you describe Hannah's relationship to Judaism?

A: I love Hannah's relationship to Judaism because it changes so much over the course of the story. At first her connection to Judaism is incidental. It's passive, it's a fact about her, but not a giant part of who she is.

But what I think is so interesting about this story is that it shows that no one's identity is static. It's never too late to decide you want to dive deeper into a part of yourself, and explore who you are in new and exciting ways.

For the bulk of this book, Hannah's exploration of her Judaism is academic. She studies the Torah, she learns to read some Hebrew, she asks questions and she tries to come up with her own answers.

But in the end, her relationship to Judaism is a little calmer, a little more confident, and maybe a little less active. And I love this because there is no one right way to be Jewish. 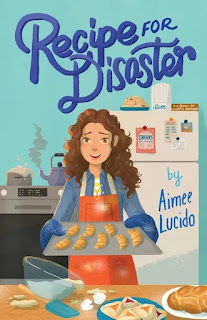 A: This book has changed so much along the way. The first draft of this book was entirely in verse--no prose whatsoever--and also, the story was flipped from what it is now.

When I first started writing I thought I wanted to write a book about someone whose family *did*  want her to have a bat mitzvah, but she wanted to bake instead.

But as it turned out, I was completely incapable of writing that story. It was just too different from my lived experience and it didn't feel like that story was meant to be written by me.

Even when I figured out what this book was going to be about a girl whose family *did not* want her to have a bat mitzvah I still didn't totally know where it was going.

I knew scenes I wanted to write, and I had a general sense of how I was going to move from scene to scene, but I try to trust that when I'm actually writing a passage, my intuition will take over, and I will end up writing what the story wants to be, as opposed to what I think it's supposed to be.

Q: Why did you decide to include food as a major theme throughout the book?

A: The food angle was actually my entry point into this story. My first book, Emmy in the Key of Code, plays with computer code as a poetic form.

And as a Jewish person whose primary relationship to Judaism is through food, I thought that was an angle worth exploring in this book.

A: I have several projects in the works right now. I'm not sure which I'm allowed to discuss since two are sold but unannounced and one is an eight-year-old project that I can't seem to let go of that I've recently completely rewritten for what feels like the 100th time (probably more like 10th, which I suppose is still rather high).

Suffice it to say this: if you thought my first two books play with form in interesting ways, my third book really takes this to the next level.

A: In addition to writing books I also make crossword puzzles! I've been doing this for about 10 years now, and I publish crosswords everywhere from The New York Times to The New Yorker to the AVCX (which is an indie puzzle publication that everyone should look up).

This is particularly exciting for me because I'm going to be the editor of a weekly trivia game in addition to a crossword puzzle maker. So if this is something that interests you, we would love some help on the kickstarter!