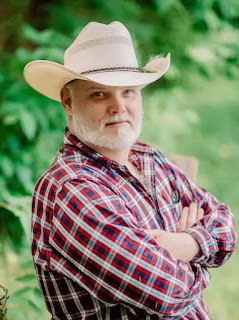 Mark Edward Langley is the author of the new mystery novel When Silence Screams, the third in his Arthur Nakai series, which also includes Path of the Dead and Death Waits in the Dark. He lives in Indiana and in Santa Fe, New Mexico.

Q: Why did you decide to write about missing indigenous women in your new novel?

A: That is a question I am always being asked by podcast and radio hosts about how I settled on this subject for my third novel in the Arthur Nakai mystery series, When Silence Screams.

To answer that, let’s go back to when I first read about the 5,712 girls and women that went missing in 2016, the very first year a tally was kept concerning this atrocity. To the average person reading this, that number is simply a number. But to the families of the missing, it represents the loss of their future.

Statistics show that 96 percent of Native women have experienced violence in their lifetime and that they are murdered at a rate 10 times higher than the national average.

Statistics also show that between 2005 and 2009, 67 percent of the cases involving sexual abuse brought to U.S. attorneys were declined to be prosecuted.

An even more shocking statistic is that among those 5,712, only 116 women were placed on the United States’ Department of Justice missing persons list.

This is an epidemic that, despite all of the enormous work being done, shows no signs of stopping. It is being spurred along by the slave trade, prostitution, and sex trafficking spanning the globe. There are stories of white, unmarked vans driving the reservations in search of girls, and now boys, that can easily be picked up and never seen again.

They are a group that people think will not be missed nor talked about. They are throwaway children that have no real significance in the world. No one will miss them. 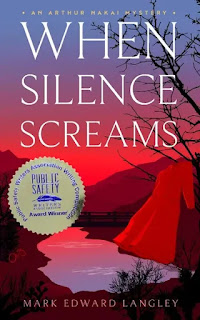 Through my writing I wish to share with the reader all sides of a story and let them decide what they wish to believe. I never do what they call “information dumps,” inundating the reader with so much information that they close the book and move on to the next without ever understanding the plot.

My intention is to share with the reader enough information that they can make up their own mind. I do not push a philosophy or an agenda, but rather chose to let reader form whatever conclusion they may draw. And hopefully open some minds.

Q: This is the third in your Arthur Nakai series. Do you think your character has changed over the course of the series?

A: Oh, yes. As I grow as a writer, Arthur's character--as well as all the characters in my books--become more rounded, more fleshed out. In turn they become more real.

By my third book, the characters have become more like people and less like creations. I only hope to grow further to be able to live in the world of Arthur Nakai for a long time to come.

Q: What kind of research did you need to do to write When Silence Screams, and did you learn anything that especially surprised you?

A: First off, I wanted to make sure I conveyed the truth in my story while treating it with the respect it deserved. To Native people this is a subject they take extremely seriously and deal with on a daily basis. I owed it to them to try to convey what you lose when your child is taken.

I began by printing out every missing flier I could find and studying them. Then I watched local news reports, short documentaries, and filmed lectures on MMIW [Missing and Murdered Indigenous Women]. Finally, I spoke with someone who shared part of her story with me.

While the story itself is complete fiction, the facts conveyed within it do exist. They are a mixture of several things I learned so I could better convey to the reader the gravity of what is happening every day on the reservations in the USA and Canada.

Q: What initially inspired you to set your series in the Southwest?

A: Currently, I am writing books four and five of the Arthur Nakai series, as well as writing a new series set in New Mexico with new characters that I hope will find an audience with readers.

A: If anyone wishes to learn more about the Missing and Murdered Indigenous Women organization, they can visit their website https://mmiwusa.org/. Also, I am donating a portion of the sales of When Silence Screams to the MMIW organization.