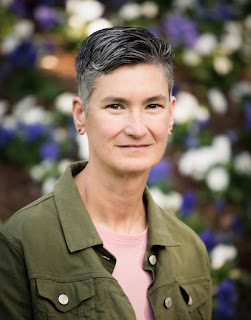 Suzanne Feldman is the author of the new historical novel Sisters of the Great War. Her other books include Absalom's Daughters. A former art teacher, she lives in Frederick, Maryland.

Q: How did you create your characters Ruth and Elise, the protagonists of Sisters of the Great War?

A: Ruth and Elise were created over four years of working on this book. I knew I wanted them to be intelligent young women, striving for a future that didn’t exist for them in 1914.

I wanted them to be naïve enough that the war would be a shock to them, as well as the reader, but I didn’t want them to be women who fainted at the sight of blood—because there was a lot of blood during World War I.

So, I knew them on a basic level when I started writing about them. But I did a LOT of research, including reading the diaries of nurses who were at the front.

Q: The writer Dennis Danvers called the book “A riveting narrative that redefines who the true heroes of war are.” What do you think of that description, and what do you think the novel says about the role of women in World War I?

A: Well, of course I love what Dennis has to say, as well as his books.

In fact, the title of Sisters of the Great War used to be Forgotten Women, because the heroics of the nurses and the (all female) ambulance drivers have been plowed under by books and movies like Paths of Glory and All Quiet on the Western Front, which are stark statements about war, but really have no mention of how women were involved.

I think what my book really says about the women of World War I is that they did not stay at home, keeping the hearth fires burning. It’s clear from the diaries I’ve read and the memoirs, that women were up to their elbows in the war.

Q: How would you describe the relationship between sisters Ruth and Elise? 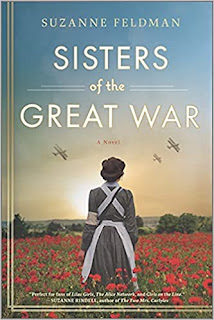 A: It’s complicated! Ruth has her own goals—to be a doctor, instead of being her doctor father’s nurse for the rest of her unmarried life. Elise has mechanical skills but no real direction, so the two of them are already at odds with each other—and like all sisters, they fight.

But when Ruth makes the decision to go to Belgium to join the war effort, Elise doesn’t hesitate to loyally follow her, right into the lion’s den.

Q: In our previous interview, you described this novel as being “about the obliteration of the Old World, and the machine of the War that creates the world of the 20th century.” Can you say more about that?

A: To answer that question, I need to talk about trench warfare. Trench warfare was a relatively new military strategy in World War I, honed during the American Civil War, about 50 years earlier.

Wars before 1850 or so, were spectacles, with troops on horseback in fantastic uniforms, fighting with swords—a real costume drama. In the trenches, all of that became irrelevant.

No matter how seasoned a soldier you were, once you were in the trenches and the whistle blew for you to charge the other side (going over the top), you were going to run through mud, barbed wire, and an onslaught of bullets.

No matter what your training, experience, or uniform, you were cannon fodder. The speed and beauty of horses were useless under the circumstances. Everything that had been glorious about war in the previous centuries became obsolete, almost overnight.

Tanks were developed, machine guns, too. War became a killing game, and the Old World values no longer mattered. Machines changed literally everything.

Don’t forget that when the soldiers who survived came home, they didn’t return to the Old World, either. In 1918, cars were coming off the assembly line, and women were demanding the right to vote—not because it seemed like an opportune time—but because the War had changed the world for everyone.

A: I’m about halfway through a novel about three young women in Art School. Two are students, but the third is a model for the life-drawing classes.

The story takes place in 1975 when women were fighting for some very basic rights—like getting a credit card in their own names, instead of (REALLY! REMEMBER THIS?) their husband’s or father’s.

One of the things one has to do as an artist is show your work—but when all the galleries are run by men who think your work is too…feminine…what’s a girl to do? It’s a story about women creating their own spaces, their own art, and their own versions of loving relationships.

A: I hope everyone enjoys a good wartime romance—and if you’d like, it always help an author when readers post reviews on Amazon.