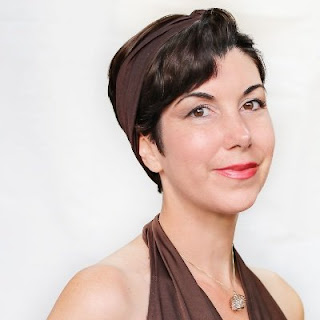 Carly Heath is the author of the new young adult historical novel The Reckless Kind. She teaches design, art, theater, and writing, and she lives on the West Coast.

Q: What inspired you to write The Reckless Kind, and how did you create your characters Asta, Erlend, and Gunnar?

A: The book is a stew of different inspirational sparks—breaking my arm in a really bad way when I was a kid, an early 20th century costume design project I did in college, reading Kristin Lavransdatter…but I really began writing the book in earnest back in 2014 when I was going through a period of experiencing a lot of horse-related injuries.

That sparked the idea for the Fuglestads—an outcast family that’s known for taking in the horses no one else wants, but who everyone believes is cursed with perpetual bad luck because they’re always getting injured.

I thought the most interesting way to observe the Fuglestads would be from the POV of two people who idolize them.

That ignited the idea for Asta and Erlend.

Asta has an unconventional appearance and isn’t “receptive” in the way women are expected to be—she’s hard of hearing, she’s asexual, and she isn’t interest in marriage or childbearing.

She has deep, platonic love for Gunnar Fuglestad, though, and struggles to understand why the most meaningful relationship of her life will never be celebrated in the way that her impending marriage to someone she has no respect for will be.

The other POV character, Erlend Fournier, has a deep romantic love for Gunnar. This causes challenges because 1904 Europe was during a very heteronormative time period and setting.

All the characters have aspects of myself and my lived experiences. I identify with Erlend’s anxiety, I’m hard of hearing like Asta, and I experience chronic pain and depression/self-worth issues like Gunnar.

A good approach to character development in novel writing though is to really emphasize contrasts and opposites.

Despite their differences, I did want to depict a very uncomplicated, supportive friendship between them—showing how each one inspires the other as a platonic closeness develops between them. It’s a dynamic I’d love to see more of in male/female relationships in literature.

Q: The novel takes place in 1904 on a Scandinavian island. How did you decide on the setting, and how important is setting to you in your writing? 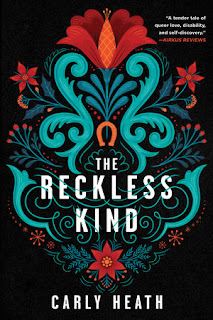 A: In college, I did a costume design project set in the early 1900s, so I’d already done a lot of research into that time period.

I also liked that 1904 was a year when horses were still the main mode of transportation, but there was a rise in hobbyists who drove motorcars. That provided nice tension between Gunnar, who loves motorcars, and Fred, who loves horses.

Ever since middle school, I’ve been obsessed with Norway, especially Norwegian Fjord horses, and wanted to write something featuring that breed.

Also, after reading Kristin Lavransdatter and loving the setting I began doing a deep dive into 19th/20th century Norwegian travel guides, which were hugely inspiring to create a grounded sense of place. I think it’s really important for reader immersion to have the setting feel specific and real.

Q: As you mentioned, you tell the story from the perspectives of Asta and Erlend. Can you say more about why you chose them as your point-of-view characters?

A: I chose Asta and Erlend as POV characters because I thought the most interesting way to explore this fascinating family—the Fuglestads—would be from the perspectives of two people who are not Fuglestads but who idolize them.

Q: The Kirkus Review of the book says of your characters, “Their disabilities have a material impact on their lives—and on the story—but, crucially, don’t define them. The author explores their experiences with care and reminds readers that no one is “perfect”; the line between able and disabled is socially constructed and movable.” What do you think of that description?

A: I’m always thrilled to get a positive review and hesitate to say anything critical about anyone’s interpretation of the book. Reviews belong to readers.

That said, since I’ve been asked and since Kirkus is a major publication, I think it's fair to analyze some of the language used. For me, the phrase “don’t define them” and “no one is ‘perfect’” makes me slightly uncomfortable.

I get what the reviewer is trying to convey—that just like in life, The Reckless Kind is populated by people who have disabilities and also just like in life the people in the book have a whole lot of complex aspects to who they are and disability is a part of that but not their only trait.

That said, there isn’t anything wrong with being defined by your disability.

Additionally, I would prefer instead of language around “perfect” and “imperfect” being used to describe abled and disabled people, I’d like to encourage folks to think about what media/literature depicts as common versus uncommon and if that depiction accurately represents reality.

In my experience, disabilities are very common, but rarely depicted. This is because capitalist ideology is so systemic and ingrained in our lives that it’s taboo to acknowledge our disabilities lest we reveal ourselves to be less-than-ideal workers/profit-generators.

But if we strive to dismantle this taboo and acknowledge how prevalent disability is, we can work toward building a society that accommodates the needs of individuals.

That sounds like a much better future than continuing to pressure individuals to conform to a system that’s set up to generate wealth for the few rather than a high quality of life for the many.

A: I’m revising a YA Fantasy set on a magical Scandinavian island about a family cursed to transform into animals at some point in their lives and a boy who has five days to save his beloved from becoming a fish.