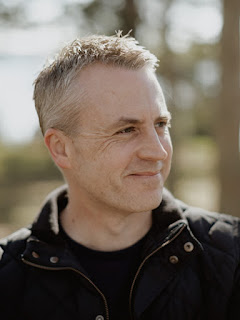 Christopher Parker is the author of the new novel The Lighthouse. He lives in Auckland, New Zealand.

Q: How did you create your characters Amy and Ryan?

A: Amy was in there from the beginning. Although I haven’t gone through anything like what she has gone through in the book, I did my best to put myself in her shoes and imagine the emotions she would be feeling, the questions she’d be asking… what her hopes and dreams would be.

Ryan, on the other hand, was a character who entered a little later, and he was easier to flesh out. On the surface he’s your prototypical kind young man, but even those good of heart can find themselves in a spot of bother (as Ryan most certainly does!).

Q: On your website, you note that it took a decade to write the novel. What was your writing process like?

A: For a long time it was like stumbling around in the dark. I wasn’t a studious reader when I first began and I hadn’t had formal training, so my toolkit was entirely empty. 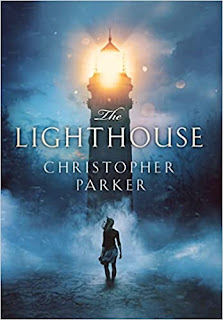 My early drafts were verbose, unfocussed, and generally a mess. But over time I got better. I gradually began to understand the artform of the novel and I felt a sense of “control” coming into my writing, which really gave me a lot of confidence.

And now that I have a clearer understanding of what I’m doing, hopefully the next book won’t take nearly as long! (touch wood)

Q: The Kirkus Review of the book says, “Parker doesn’t solely focus on the mystery, however; he also offers plenty of heart, including messages about the enduring power of family and how love can conquer one’s fear of the unknown.” What do you think of that description?

A: I think that description is very accurate. While there is a strong mystery at the center of narrative, the book isn’t a strictly a “mystery” (if speaking in terms of genre).

There’s a lot of heart in the story, and the theme of love – whether it be love between parent and child, or love between two strangers – plays an important part in the journey of all my characters.

A: Once I had the idea for the lighthouse itself and the part it would play in the story, I knew exactly where things would end up.

Some story elements shifted in the lead up to the final act, but changes were only ever made in service of the ending; my goal was always to earn the payoff and wring out as much emotion as possible before the denouement.

A:I’m outlining my second novel now and that process is almost complete. I’m looking forward to diving back into writing and getting lost in another story!