Q&A with Mary A. Dempsey 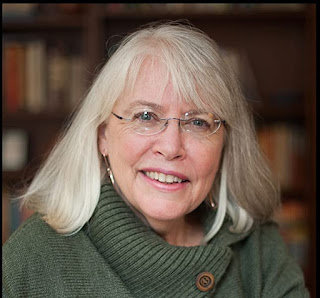 Mary A. Dempsey is the author, with the late Marti Benedetti, of the new book Finding Love After Loss: A Relationship Roadmap for Widows. A longtime editor, she lives in Washington, D.C.

Q: Why did you and Marti Benedetti decide to write this book, and how did you collaborate on the project?

A: Marti was only in her 50s when her husband died and, as journalists do, she began writing to help sort out the ways her life had changed. At the time, I was in a relationship with a widower. I started to notice that some of the issues Marti addressed in her widowhood blog made me better understand the experiences my partner had been through.

I first suggested that we write a magazine article that looked at widowhood dating from both sides of the table—from the perspectives of a widow who was starting to date and someone who was involved with a widower. Once we started brainstorming, we saw that we had enough material for a book.

People say it is difficult—even impossible—to collaborate on a long-term writing project, especially with a friend. But Finding Love After Loss was an excellent experience for Marti and me, both as writers and as friends.

We started with a strong outline that focused on specific themes, including health, money, sex, family, dating apps. There’s a chapter on common myths about widows and one on living alone.

One of us would begin writing a chapter, then we swapped pages back and forth to edit and add new information. We repeated that process with the next chapter, working with deadlines we set up to make us accountable.

We had phone meetings every Thursday morning. Before the COVID pandemic hit, we also had occasional face-to-face meetings when I traveled to Michigan—Marti lived in the Detroit area—or when Marti traveled to see me in D.C.

One crucial thing is that we were honest with one another about whether something worked or not. And we trusted one another. We left the egos at the door. 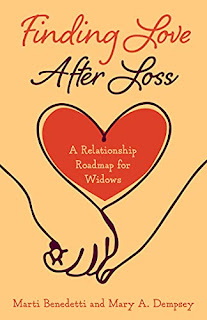 Q: You write that you "launched the project with some preconceived ideas, which [you] quickly had to discard." What were some of those ideas, and why did you need to discard them?

A: I assumed that a woman who had been in a long and happy marriage would want a new romantic experience that was similar. I hadn’t figured in the deep ways that widowhood changes people. It makes them put up their guard about some things. It makes them open to experiences that never would have been on their agenda before.

To my surprise—and wonderment—many of the widows we interviewed for the book were turning their backs on the “for richer or poorer” and “in sickness and in health” concepts that anchor long-term relationships. In their place, they were making up new rules that were creative, inspired and even radical.

We talked to long-married widows who now wanted to live with new partners but had no interest in marriage. One widow shared a house with her new boyfriend, but only on certain days of the week.

Other widows talked about wanting prenups or proof of long-term medical care coverage. They wanted to insulate themselves from the upheaval they had already lived through when their spouses or partners were dying. Most of the women who had become caregivers for a dying partner said they just couldn’t do that again.

Another surprise was how much pushback widows face when they decide to re-enter the world of romance. Everyone has an opinion on if, when and how widows should date. No other group is subject to so much outside interference when it comes to pursuing love.

I also did not realize how resilient widows are. They are plunged into gutting loss yet somehow manage to climb out of the dark hole of grief to embrace life’s joys again. They embody hope. And they carry a persistent belief in the beauty of romantic love, even after all they’ve been through.

Q: What impact has writing the book had on you?

A: Finding Love After Loss has started a conversation that just keeps going. I never thought much about widows’ experiences before this project. Now I am fascinated by the inspiring and sad and complicated and surprising journeys that widows are on. We tend to nudge widows into the shadows. Bringing their stories into the light has been a real eye-opener for me.

Q: Who do you see as the book's readership, and what do you hope they take away from the book?

A: Of course, this is a book for widows. And that’s not an insignificant demographic. There are more than 11 million widows in the United States. That said, from the very beginning of the project we also thought that the book would be of interest to widowers—and there has been feedback supporting that—as well as the people who date widows and widowers.

As the title indicates, portions of the book focus on dating and romance. But the book also explores a widow’s other relationships—with her children, in-laws, friends. It even includes a chapter on widows who decide to remain on their own, often because they begin to enjoy their unexpected independence and autonomy.

The takeaways? Widows are unlike any other group on the dating landscape. They are also disrupters. Widows are quietly, stealthily rewriting the rules for romance. They are coming up with wonderfully inventive ideas for building relationships. The ways they are customizing relationships are thoughtful and also exciting.

And I don’t think the results are for widows only. We all can learn from the ways they are thinking about love and romance.

A: My professional career has focused on journalistic writing. But now I’m dipping my toes into fiction. I’m currently working on a murder mystery—and having a blast with it. I’m getting great support from the Takoma D.C. Writers, an extraordinarily talented circle of D.C.-area writers.

A: If you pay attention, you’ll notice that widows are becoming more interesting characters in popular culture. When I was growing up, the widows in books or TV shows or movies were always the aunts who took care of the children. They were minor players in the story lines.

But now I am seeing more and more widows as protagonists, as three-dimensional characters with strengths and flaws. These stories are showing that there is no right way to be a widow.

This is new, and it is important. The way that popular culture views groups helps to shape the space they are allowed to inhabit. When it comes to romance, widows have to run a more tangled obstacle course than most people. But many are willing to do that—and I love that popular culture is finally allowing us to see the complexity of their journey.