Julia Claiborne Johnson is the author of the new novel Better Luck Next Time. She also has written the novel Be Frank With Me. She lives in Los Angeles.

Q: How did you come up with the idea for Better Luck Next Time?

A: I was chatting with a friend who has a delightful husband she’s been married to for 30 years, and she said, “You know, whether you’re happy or not in life isn’t about how successful you are at work or how much money you have in the bank—marrying the right person is what matters. You and I—we got lucky.”

She’s right. I’ve been married to my own delightful husband for almost 30 years now, but the husband I had before him I only kept around for two. If I’d stayed with that poor guy we would have wasted our lives making each other miserable. Divorce is not a fun thing, nor is it something to be undertaken lightly, but it definitely has its upsides. My first marriage may have been a bust, but I had much better luck the next time.

Q: The novel is set in late 1930s Reno, Nevada. Why did you choose that setting, and how did you research the book?

A: During the Great Depression, in real life, my father, who grew up on a dairy farm in a small town in West Tennessee, somehow managed to get hired on as a fake cowboy on a divorce ranch outside Reno. If you’ve never heard of a divorce ranch, it was, essentially, a dude ranch that catered to the divorce trade.

Back in the day, when shedding somebody you never should have married in the first place wasn’t done so much, going to Nevada was the way to get a “quickie divorce.” It was so the thing that it made the cover of Life magazine in 1937. If you’ve seen that old black and white movie The Women, the characters in it do time at a divorce ranch.

To get your walking papers from the great State of Nevada, you see, you had to live in that state first for a minimum of six weeks. Some enterprising soul realized that dude ranches would be as good a place as any to cool your heels while you did your time.

So some staffed up with eye- and arm-candy: handsome, charming young men who’d do chores around the ranch, lead the clientele (ladies, mostly) on trial rides, dance with them, chat them up, play cards, what have you. My father was famously good-looking, charming, and a wonderful dancer, so he was ideally suited for that job. 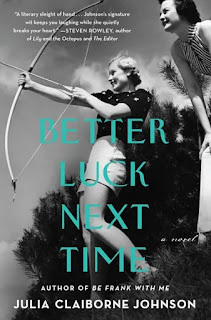 Aside from a couple of funny stock stories my father used to tell about his time there, though, he never really talked much about Reno.

I do know that he had a fantastically rich and also older first wife who he wasn’t married to for very long, a woman whose name he never mentioned in my presence that I can recall. He was her second of six husbands. A trophy, I imagine, to show off to her friends and irritate the husband who’d divorced her.

Now that I’m grown, knowing my father and taking into account his uncharacteristic reticence on this topic, I have to think the whole experience must have crushed him on some level. Him? The male equivalent of a chorus girl, kicked to the curb once Wife #1 was done with him? Back home he was thought of as the biggest catch in town.

Who knows the truth? I know I don’t. If he were still alive my father would be 104 years old. I didn’t ask the questions I should have when I had the chance, but when he died a quarter-century ago I was still too young to care much about that old story. So here I was, left to piece together a version of what his experience might have been like.

I read every book I could get my hands on that had even the most glancing reference to this period in Reno history, pored over reams of current-to-the-era local newspapers via Newspapers.com, and spent many days of digging through the archives of the Nevada Historical Society, which, conveniently enough, is located in Reno.

I never once found any mention of my father’s time there anywhere, which I decided was a good thing because it set me free to make the story mine.

A: I did know, more or less, but the getting there of it almost killed me. I wrote the first half of the novel three times.

The first attempt was in third person, and came out flatter and deader than a possum on the interstate. My editor, tactfully, said, “You’re best at voice and throwaway jokes, so that may be the your problem with third person.”

For the second go-round, she said, essentially, “I love the first six pages. I hate the rest.” I don’t remember anything about that version, aside from feeling the same way about it.

Finally, with those six good pages as a jumping-off spot, I managed to settle into a narrative. In first person, or so I thought. Guess what? Turns out it’s in second since the narrator, now an old man, tells an unidentified “you” this story of an episode in his youth during the summer of 1938, a time when he was roughly the age my father would have been around then.

Now I know just how difficult choosing this point of view made my ending. I’ll tell you sort of funny a story about writing the last chapter. It was during the early days of pandemic lockdown, after both my children had fled college precipitously and were back home with us. A feature of our quarantine together was that I was almost never alone in any room of our house.

I had turned in yet another version of that final chapter—the sixth? The tenth?—and was sitting at my kitchen table, despairing, thinking, “I cannot write that thing again.” Then I realized I was alone in the kitchen, so I decided to let myself have a cry.

I had just tuned up and let loose when my daughter waltzed in. “Mom, are you crying?” She asked. “No!” I said, quick eye-rub, “My eyes are just tired.”  She said, “Mama, it’s all right if you want to cry.” To which I answered, “Well, yes, as a matter of fact, I was crying, because—” She held up a hand, palm out, and said, “Oh, I don’t want to hear about it,” got her snack and left.

The happy ending to that story is that my editor emailed the next day to say she loved my just-written ending. But wait! There’s more! In final edits, as the advance copies rolled off the printing presses, a better way to go occurred to me.

God bless my darling editor, she agreed. Even though it should have been too late for changes, she put my changes through. So the edition available in bookstores has a fresh and shiny new denouement.

Have you ever read how, after his death, somebody found in Fitzgerald’s effects his personal copy of Gatsby, flipped through it and saw that he’d penciled in changes he wished he’d made before the book saw print? I know the feeling.

A: That finding the right life partner—or really anything else in life—is such a gamble. Some people get lucky, some don’t. But if you don’t pull a chair up to the table, there’s not much chance at ever winning big, or at all.

A: I’m still mulling over an idea that strikes me as hilarious and also deeply sad, which seems to be my literary sweet spot. It’s inspired by an incident that gutted my circle of friends when I was in my 20s, a circumstance I still chew over all the time.

Almost 40 years on and I’m still trying to figure out my way in that story. I always thought it would be the basis for my first novel. Ha! Maybe the third time will be the charm. There are no guarantees I’ll do any better wrestling it to be ground now, but there is one thing I can tell you about that book right now. It will not be written in second person.

A: Yes! Local independent bookstores are struggling, and our communities would be so much poorer without them. Please order your books directly from these indies or, failing that, Bookshop.com or Libro.fm for audiobooks, both of which funnel money to the bookstore of your choice.

Also, the brick-and-mortar stores you love that aren’t fully open for browsing now may provide curbside pickup, can mail, or heck, even in some instances drop off books for local customers. I’ve ordered the novels, cookbooks and puzzles that have gotten me through the pandemic so far from bookstores all over the nation.

Please consider buying gift cards, too, and preordering books that aren’t out in the world yet. Some eagerly anticipated titles may be in short supply because of Covid-related printing delays, so you want to be sure you’re first in line for the ones you want. The beauty of doing this today is that is you’ll also be helping out bookstores now, when they need the money so desperately to stay in business going forward.