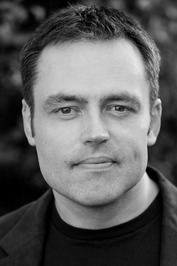 John Burley is the author of the new novel Surrender the Dead. His other books include The Quiet Child. A physician, he is based in the San Francisco Bay Area.

Q: How did you come up with the idea for Surrender the Dead, and for your character Erin?

A: Surrender the Dead is about the collision of past and present, how we are shaped and sometimes haunted by the events of our lives.

Erin Reece grew up in Wolf Point, Montana, a place where people sometimes went missing. Her mother was among them, one of 16 people who disappeared without a trace during a three-year period in the mid-‘90s.

That was 15 years ago, and in the years since then Erin has left Wolf Point and tried to make a new life for herself. But when she receives an urgent phone call from her father’s doctor, Erin is forced to return home to a place still haunted by its past.

Soon she will learn that the remains of a human body have been unearthed on her father’s property. In the quest to defend him, she is forced to confront Wolf Point’s many secrets and the horrible evil that still remains.

The idea for this story didn’t come all at once. I started with two characters, Erin and her father, whose relationship is troubled at best. Erin left Wolf Point and her father stayed, each of them struggling with their own sense of grief and isolation as the years and physical distance stacked up between them. 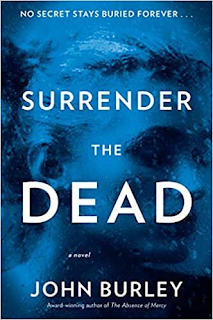 When Erin is forced to return she encounters a different version of the man she left behind: older and changed by events from his past, but also stronger than she remembers.

The relationship made me think of my own father who has been caring for my ill mother for more than a decade. My siblings and I live in other parts of the country now, including my sister Kristin – a veterinarian -- on whom Erin’s character is loosely based.

There is a sense of guilt in that, of not being there, and when we return home to visit I often wonder about the ways my father has changed in our absence.

At its heart, Surrender the Dead is a reckoning of past and present. How do we deal with the things that still haunt us? What are we willing to do to protect the people we love?

Q: The novel takes place in a small community in Montana. How important is setting to you in your work?

A: Setting is profoundly important. I write about small-town America, close-knit communities where everyone knows each other, and the ripple effect of one person’s actions and decisions is felt by many.

I grew up in such a place, and I’m drawn to these communities as an author because they’re a great place for secrets and their many consequences.

With its harsh winters and wide-open spaces, Montana seems well-suited for this particular story. Its magnificent rural landscapes are inhabited by people who must rely on themselves and their closest neighbors for survival. A betrayal in that kind of a community cuts deep and is seldom forgotten.

A: I fleshed out several versions of the story with my agent and editor before I got to work on the writing. Once we had something with a proper set of teeth, I knew how the novel would end.

I’m a visual writer, playing out scenes in my head as if I’m watching a movie. The story went through some changes along the way, but those final scenes: I knew they were coming, and they scared the hell out of me just the same.

Q: As a writer and physician, how do the two coexist for you?

A: Juggling the two has never been easy. Being a doctor consumes a lot of my time and energy. The training alone took almost a decade. I’m an emergency department physician, so I work 12-24 hour shifts. When I’m in the hospital, it requires all of my attention. But then I come home, and I write during my days off.

Writing is a different kind of work, grueling but satisfying, an emotional exploration of the soul. Finding the right balance is an elusive and persistent challenge. I keep telling myself: maybe this year I’ll get it right.

A: Another stand-alone psychological thriller. It’s twisted, broken, and totally fun to work on, like something I found in the back of the attic that’ll be really cool if I can figure out where all the pieces go.

A: I’ve got a new website. After eight years of reliable service, the other one gave up the ghost. There’s a great collection of essays and other writings in the Extras section. Check them out if you get a chance at www.john-burley.com.