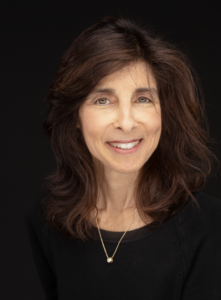 Anita Abriel is the author of the new novel Lana's War, which takes place on the French Riviera during World War II. Her other novels include The Light After the War. She lives in California.

Q: In our previous interview, you said Lana's War was based on true events. Was Lana based on a historical figure?

A: Lana is fiction, though there were many '"White Russians" in Paris at the time. Alois Brunner is a real character. The Gestapo was based at the Hotel Excelsior in Nice - there is a plaque in front of the hotel today telling about its involvement during World War II. And everything that Brunner was doing, and his flight after the war, is based on fact. 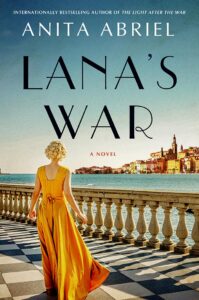 A: I did a tremendous amount of research on the French Riviera during World War II. When I started, I had no idea that it was the center of such a tragic part of the war. The French Riviera has always been a symbol of luxury and sophistication and pleasure. It was surprising and horrifying to learn what went on there.

Q: Do you prefer writing historical fiction or fiction set in the present day?

A: I love writing historical fiction. I feel a special connection to it because of my mother's past. And I have always been a big reader of historical novels.

Q: What do you hope readers take away from Lana's War?

A: I hope readers learn about an aspect of World War II that they didn't know before. Mostly, I hope they take away the idea that women can be incredibly strong when they need to be. Lana lost everything but that didn't stop her from risking her life to help others.

A: I'm working on a book set in Italy during World War II. It will be out next year!

A: I always want to thank my readers for taking these journeys with me. And thank bloggers for writing about them!