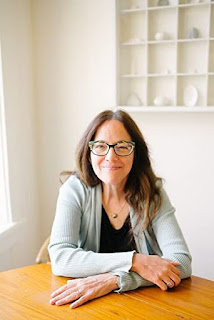 Amy E. Schwartz is the editor of the new book Can Robots Be Jewish?. She is the opinion and book editor of Moment magazine and editor of the magazine's "Ask the Rabbis" section. She also is president of the Jewish Study Center in Washington, D.C.

Q: In your introduction to the book, you write that it's animated by "the Jewish love of argument and the fundamental Jewish ethic of tolerance for differing views." How was the Ask the Rabbi section of Moment first created, and what was the impetus behind this collection?

A: Moment's editor in chief, Nadine Epstein, invented the feature in 2005 shortly after taking over the magazine, as a way of showcasing the breadth and creativity of Jewish religious thought. I took it over when I joined the magazine as opinion editor. Through all that time it's been a big favorite--many readers tell us they turn to Ask the Rabbis first.

It seemed like a good time to do a collection because we desperately need models right now of how to disagree civilly, even about really important matters. The rabbis argue about everything, but it's not the end of the world, and often their disagreements are entwined with agreements.

It's fun to put them together because you never know what kind of pattern the agreements and disagreements will form once you've collected all the answers and edited them. Sometimes it's a spectrum, sometimes it splits in ways you don't expect, and sometimes they are in an unexpected amount of agreement. It's always a surprise to me.

I hope that makes it an interesting read as well. One of my advance reviewers said, "Who would have thought a book of essays on ethical dilemmas could be a page-turner?" 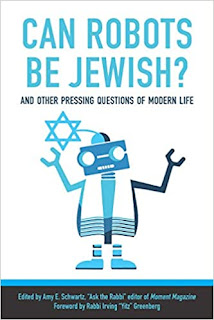 Q: How did you choose the topics to include in the book?

A: Over 15 years we've done about 90 questions—the magazine does six issues a year--and I picked my favorites. There were so many I couldn't pass up--I think my editor expected this to be a slimmer book, really!

We ended up with 30 questions arranged thematically in six chapters: Science, Sex, Modern Life, Values, Politics, and The Nature of the Universe. I wanted a nice flow and I wanted to highlight the fact that there is Jewish wisdom on EVERYTHING.

There's a saying about the Talmud, "Turn it and turn it, for everything is in it," and it's really interesting to ask the rabbis a question about addiction, or racism, or arrogance, or transgender identity, or social media, and have them come up with all sorts of relevant insights, absolutely legitimately grounded in text and tradition.

Q: As the editor of Ask the Rabbis, and also of this book, has anything in the column particularly surprised or intrigued you over the years?

A: I'm always amazed at how much the ancient rabbis knew--often about things we consider very contemporary. They had a lot to say about contraception, for instance. I was entranced to learn that the rabbis of the Talmud recognized (and had names for) as many as five genders.

A: I hope people appreciate the extent to which in Judaism there really are multiple answers to almost any question you can ask, and that if people disagree, it's not the end of the world.

In Jewish thought, argument is a form of worship--really! The questions are more important than the answers, and the answers always lead to more questions. As a habit of thought, that's exhilarating. Non-Jews sometimes look at Ask the Rabbis and are simply amazed at the range of answers that are considered acceptable within the same religion.

A: Right now I'm just doing book talks and coming up with more questions for future issues of Moment. Maybe we'll do another volume!

A: We're just scratching the surface with this selection. There are 10,000 rabbis in North America, and I'm sure every one of them has an opinion about just about everything!