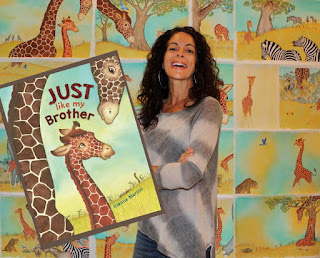 Gianna Marino is the author and illustrator of the new children's picture book Just Like My Brother. She also illustrated Chelsea Clinton's new picture book Don't Let Them Disappear. Marino's other books include Meet Me at the Moon and Following Papa's Song. She lives in Northern California.

Q: How did you come up with the idea for Just Like My Brother?

A: After Meet Me at the Moon and Following Papa's Song, I wanted to create another story about family. Having an older brother, I thought that would be the perfect direction. I started with a "sibling rivalry" story, but it soon turned to the older sibling watching out for the younger one, which is really what my big brother did for me.

Growing up in San Francisco in the Haight Ashbury, there were some bigger, tougher kids in the neighborhood. One day, while I was walking home, some kids started to harass me and then one of them said, "Hey, don't mess with her. That's James' little sister." He always had my back! 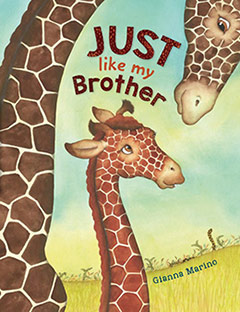 But this story is also about admiration and love, and the little sibling not feeling as good/tall/fast as the older sibling, which I think is a common theme in family dynamics!

Q: Did you work on the illustrations first or the text first, or both at once?

A: Every book is a little different. Some I write out the text first, then move to illustrations, like Meet Me at the Moon or Too Tall Houses. Others I actually do the illustrations first and then add the text, which I did for If I Had a Horse and Night Animals.

For Just Like My Brother, I went back and forth as both the text and the illustrations were needed to bring this story along. Especially the leopard in the background, who has a huge part in the story but is not mentioned in the text until the very end.

When I write the text first, I often add words to carry the story in its early stages without pictures. But there are so many things the illustrations then show, I end up taking out a lot of the text once the illustrations begin.

A: I think siblings are always comparing themselves to one another and trying to be as good or smart or tall as their sibling. They often compete for the attention of parents and friends. But really, all of us need to discover who we are and what OUR strengths, passions and interests are. And with siblings, because we are always with them, it is more intense than friendships. 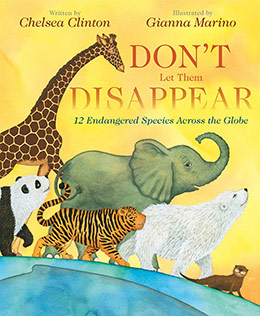 I hope this story inspires children to see the beauty in their siblings, but also in themselves. And know that, in the end, siblings always look out for each other.

Q: How did you come to illustrate Chelsea Clinton's new picture book, Don't Let Them Disappear?

I wanted to bring emotion into a non-fiction book and let each animal show its character and personality, which is what I love to do. It is also how I see animals, having spent my entire life with them.

This was such an exciting project for me to work on! I think one of the best parts was creating each spread with a different scene, color layout and feel. My own books are one or several characters throughout, but this story is a different animal and environment on each page. And what an honor to work on a book to help save the animals of the world! 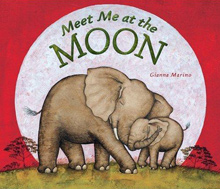 A: It has been a busy year! I just finished working on the sequel to Night Animals, called Night Animals Need Sleep, Too. It was wonderful to revisit the same characters (Possum, Skunk, Wolf, Bear and Bat) and add a few new friends to the game.

This book, unlike Night Animals, takes place during the day and these night loving critters are having a hard time finding somewhere dark and quiet to sleep. Release date is next spring! It is sure to induce giggles :-)

A: I often get asked why I tell my stories though animals and not people. Animals have so many characteristics that convey a fear, thought, emotion or habit. 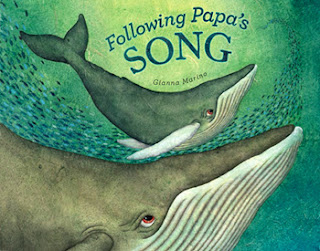 For instance, I chose Owl and Rabbit as the characters in Too Tall Houses. They are neighbors and good friends and, as I tell my readers, that is very unlikely as Owls eat Rabbits! Owls are also nocturnal and Rabbits are not. Because this story is all about working together, and friendship, I thought these two unlikely friends would tell the story better than two humans.

In another book, Meet Me at the Moon, I used elephants to show their love for one another as they are known for extremely strong family bonds and memory (the mother tells the baby what to do when they are away and the baby has to remember).

In Night Animals, of course these funny nocturnal animals were the perfect critters to talk about fears of the dark.

As for Just Like My Brother, I chose giraffes to tell this story. Younger siblings are often smaller than their older siblings, so size difference is a common thread in sibling rivalry. The giraffe's long legs really accentuate the height difference a youngster would feel being next to a giant sibling. And, truth be told, I am not very tall and I always wanted to be a bit taller, just like my brother!