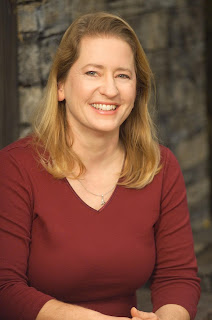 Rosanne Parry is the author of Last of the Name, a new middle grade historical novel for kids. Her other books include A Wolf Called Wander, available next week, and The Turn of the Tide. She lives in Portland, Oregon.

Q: How did you come up with the idea for Last of the Name, and for your character Danny?

A: I’ve loved Irish music and dance for a very long time and because my son is a dancer I’ve wanted to write about a boy who dances. Also my 12-year-old self loved historical fiction, but I was always rather annoyed that the girl was so often dressing as a boy to gain some advantage, but there was never a boy who dressed up as a girl. The trouble is you need to find a moment in history where it's an advantage to be a girl and those moments are thin on the ground.

But when I was in Ireland with my son for the world championships of Irish dance, we spent an afternoon in Dublin and toured a reconstruction of a famine ship in the Liffey River.

I learned a lot about the migration of Irish to America and one of the things I’d never heard before was that the largest category of immigrating Irish persons was a single girl between the ages of 12-25 traveling alone. They were going to the big cities of Northeastern America to work as domestic servants.

Here at last was an advantage to being a girl. Domestic service was some of the safest and best paying work available to an impoverished person. It was certainly better than the life a boy would have in the Union Army or Navy or in an orphanage. So that gave me a starting point for a girl of 16 and a boy of 12—the last family members bearing their name and their great struggle to remain together as a family in America. 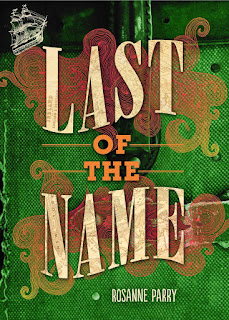 I conceived this story line long before the heinous separation of children at our southern border, but I do find current events distressingly reminiscent of the struggles these characters face.

A: It’s not so much that information in my research surprised me. More it made me keenly aware of how one-sided and shallow the common knowledge of American history is.

I had never heard of the Civil War Draft Riots until I researched this book. And I LIKE history. I read a lot. But here was a propaganda campaign, a labor dispute, draft resistance and a race riot all in one that was completely absent from my school curriculum.

Fortunately, there are archives of the New York newspapers of the era, and books written by folks who lived through the experiences of Civil War New York. Even more fortunately, my publisher hired a historical consultant with a specialty in African American history of New York City. She was terrific and helped me gain access to information previously unavailable.

Q: As you mentioned, one of the issues the book deals with is immigration. What do you hope kids take away from the story, especially given the focus on immigration today? 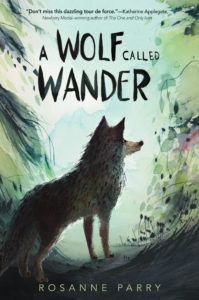 A: There’s a popular notion that back in the day brave Europeans took the initiative to leave their cozy but limited home countries for the promise of American opportunity and that they came freely and became productive contributing citizens immediately.

In truth most European immigrants of the 1800s were poor and fleeing war, violence, hunger, and religious or ethnic hatred, just like the refugees of today. They were refugees too. They were reviled as current immigrants are.

I would love for all of my readers to look upon our current immigrants and see the faces of their own ancestors, hungry and hurting, alone and afraid. I would love for them to be the person they wish their ancestor had met in those first and most frightening years in this country.

What gesture of kindness would you want your family to experience? Lavish that gesture on the immigrant who is here now, in honor of the people you will never be able to repay who helped your family in their time of greatest need. 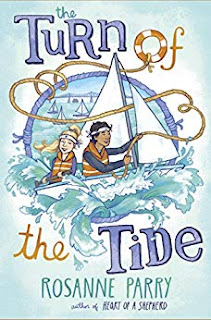 Q: Who are some of your favorite writers of historical fiction?

A: Wow, there are so many I admire. In the back matter I acknowledge work especially helpful to my research by Walter Dean Myers, Zetta Elliot, and Christopher Paul Curtis.

Susan Fletcher has been a role model and friend for years. Her Journey of the Pale Bear, out last year, is a treat.

Molly Gloss is remarkably talented and kind and if you like Western writing there is no one better.

The Queen’s Thief series by Megan Whalen Turner is probably the series I have reread more than any other in the last decade.

Pam Muñoz Ryan pretty much knocks me out every time. I especially loved Echo.

Have you read Naomi Novik? Technically she’s a fantasy writer but her work is very rooted in the Napoleonic era and Eastern European folk story. Her newest book, Spinning Silver, is great.

And here’s a book that would make a great companion to Last of the Name— Streetcar to Justice: How Elizabeth Jennings Won the Right to Ride in New York, by Amy Hill Hearth. It describes the life of black New Yorkers in the 1850s with lots of photographs, newspaper clippings, maps, and drawings from pre-Civil War New York, and it tells the story of the forerunner to Rosa Parks.

A: I’m in the middle of writing a companion book to A Wolf Called Wander, an animal adventure story from the point of view of a wolf, which is coming out the first week of May. It is illustrated by Mónica Armiño and is also for MG readers.