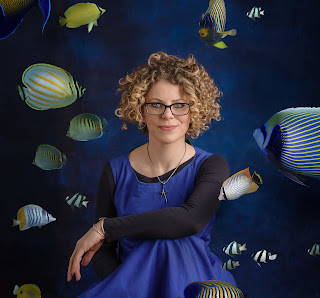 Helen Scales is the author of the new book Octopuses. A writer, marine biologist, and broadcaster, her other books include Eye of the Shoal and Spirals in Time. She teaches writing and marine biology at Cambridge University.

Q: Why did you decide to write this book about octopuses (and why is it octopuses and not octopi)?

A: I was approached to write the book after the editor of the series read my previous book Spirals in Time, about seashells and the animals that make them. In that, I wrote about an obscure group of octopuses, called argonauts, that re-evolved the ability to make shells (octopus ancestors lost that ability millions of years ago).

And personally, I am a big octopus fan. I’ve seen them many times, diving in various places around the world, and have always found them to be intriguing, captivating animals.  Each time I’ve seen one I’ve had a strong sense that they're watching me and contemplating what I'm up to. There's definitely something powerful going on behind their eyes.

And the octopusi/octopodes/octopuses question? You’ll have to read the book to find out! (but I can hint that it has something to do with an odd mixture of ancient languages brought into the modern day!). 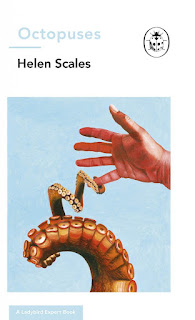 A: A recent idea that has been doing the rounds on the internet is that octopuses are aliens. They are certainly very strange, wonderfully so, but there is really no evidence to suggest they came from outer space. That didn’t stop a group of legitimate scientists (admittedly physicists, not biologists) recently suggesting that octopus eggs could have arrived on Earth, locked inside a frozen comet.

Rather than pondering an extra-terrestrial origin for octopuses, I think a far more interesting question is to think of whether the existence of octopuses raises the chances that there could be other intelligent life forms, elsewhere in the universe.

What octopuses show us is that intelligent life evolved here on Earth twice — once among the vertebrates (including us humans) and once among the octopuses, which are invertebrates and only very distantly-related to us creatures with backbones. So if it happened twice here, maybe thinking, smart organisms could evolve elsewhere too.

And I do rather like idea that octopuses could take over as the dominant, intelligent lifeforms on the Earth, if humans went extinct. But there’s only one, rather drastic way of testing that theory. 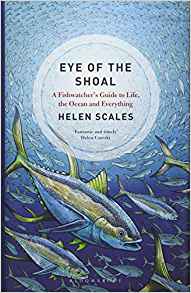 Q: How did you research this book, and did you learn anything that especially fascinated you?

A: I did a lot of reading to gather information and details for the book, including both academic literature and other, longer books about these incredible animals.

The challenge for me writing this Ladybird Expert book was distilling ideas down to short prose, something I’ve not done before. The book is made up of 24 mini-chapters, each taking a single page, with a piece of original artwork accompanying each one. So I had to think carefully about what to include in the book.

A story I tell, and one I find truly fascinating, is how the octopuses lost their shells. There’s no way of knowing for sure why this happened, but one theory holds that the ancestors of octopuses adopted a shell-free life during a time called the Mesozoic Marine Revolution, between 160 and 100 million years ago when the oceans were a dangerous place, full of giant predatory marine reptiles like ichthyosaurs and plesiosaurs.

Some animals evolved thicker, tougher shells in response, but octopuses seemed to have done the opposite; they lost their shells and became nimble predators, able to escape the jaws of all those giant reptiles. The part of the story that really intrigues me is that losing their shells may have been the precursor that lead to octopuses evolving their large brains and amazing intelligence. 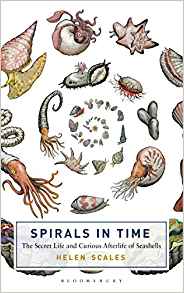 Q: What do you see looking ahead when it comes to discoveries about the octopus?

A: There is the big, enticing question of whether octopuses are self-aware, whether they have a sense of consciousness. Testing for consciousness in animals is tremendously difficult but octopuses show many signs of higher intelligence that make them strong candidates. As and when someone comes up with a way to test if an animal is conscious, then I'm sure octopuses will be one of the first to test positive.

There is also the matter of how their brains evolved independently from vertebrate brains. I think there will be great strides in that too, as we come to understand more about the basis for intelligence and the ecological drivers that lead to it.

A: My next major book project is underway and for this one I am focusing on life in the deep sea. My aim is to open a window into this mysterious part of our world, to show some of the extraordinary discoveries being made there and to reveal just how important and threatened the deep sea is.

A: Octopuses, and other cephalopods including squid and cuttlefish, are one of the few marine animals that seem to be faring well, so far at least, in our changing world. Studies have shown their numbers have increased over recent decades.

One possible explanation is that octopus predators, including fish, have been depleted by overfishing so octopuses could be doing well in their absence. Some species are able to adapt to rising temperatures and increasing acidity. Whether this will continue to be the case we will see, but for now they are doing well.

--Interview with Deborah Kalb. Here's a previous Q&A with Helen Scales.
Posted by Deborah Kalb at 8:06 AM