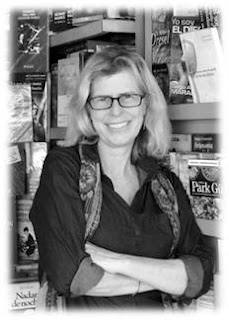 Susan Welch is the author of the new historical novel A Thread So Fine. She lives in Washington state.

Q: How much of your own family history is reflected in A Thread So Fine?

A: The stories in A Thread So Fine aren’t directly taken from my own family experiences. But the story is imbued with imaginings of how women such as my mother and birth mother might have faced challenges as young women in the post-World War II years.

My mother contracted tuberculosis in the mid-‘40s and spent a year in quarantine in St. Paul, Minnesota, when she was still a teenager.  Her stories about that time always fascinated me, so I was excited to be able to create a character who underwent a similar experience.

My birth mother gave me up for adoption in 1962—something I only discovered about myself 10 years ago. As I began my journey to understand my own beginnings, I also wanted to understand what about society has changed and what has stayed the same for women as we struggle through challenges such as these.

Although the story itself is completely imagined, many of the characters, the vignettes or anecdotes are borrowed from recollections of my youth and upbringing.

A: To begin with, I read about life in the 1940s—during and after World War II, and especially about the Catholic Church’s approach to dealing with women who were out of wedlock and pregnant. I discovered The Catholic Home for Infant Children, Watermelon Hill, which, although it is a small part of the novel, represents the unfortunate culture of shame and secrecy around unwed mothers. 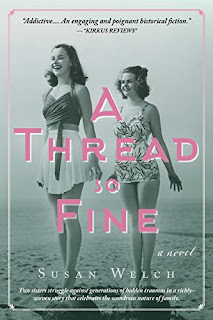 Having said that, Catholic agencies such as that also did quite a lot of good in the world – supporting women and families in need since the early 1900s or before.

The stories of first and second wave feminism in the 19th and 20th centuries—the inspiring female characters who were fighting not only for the right to vote, but all sorts of equity issues--did surprise me.
Frances Perkins became a key secondary character, although somewhat fictionalized, as a way to highlight the work of women such as her – and there were many, across all sorts of issues –to improve equal access to work, fair pay, work conditions, etc. across the country.

I’m hopeful that through literature, we can make more of these women “household names”–as they should be, for all they did to improve federal and state policy for women, children, immigrants, and people living in poverty.

Q: What do Eliza and Shannon's experiences say about the role of women in mid-20th century America?

A: This question relates to a central theme in the novel. After the war, the country was recovering from almost two decades of economic hardship from the Depression and wartime rationing; it was also imbued with optimism for the future, given the defeat of fascism and tyranny in the World Wars I and II.

The rise of economic affluency and other social changes underfoot were dynamic and fast-evolving, but unevenly applied across segments of the population, such as gender and race. Shannon and Eliza, as daughters of an academic scholar, were encouraged and supported in their dreams for the future, and had many opportunities to define success on their own terms.

But the structures in place—the church, workplace, society at large, entrenched gender roles---made it an uphill battle even for women from supportive families.

Shannon struggled to believe that she could find marital happiness because of her physical scars, both external and internal—and she retrenched into loneliness.

Eliza, despite being a victim of sexual violence, still found the path to her own dreams of academic success through education—but society’s insistence on shame and secrecy around misogyny in the pre-#MeToo era forced her to deeply bury her own trauma in order to do so.

We owe a great debt to the women of mid-20th century America–despite any number of obstacles, they truly did persist in advancing the voice of future generations, by having the courage to strike out on their own and redefine what was possible, one step at a time.

A: Primarily, I hope that through Shannon and Eliza, Miriam and Nell, readers can celebrate the truly wondrous nature of family, no matter how an individual comes to define it.

The ties that bind through our childhood are often imbued with secrets and generational traumas that carry forward in all sorts of ways that make for good story-telling. But those richly textured, imperfect bonds are also the threads that we can rely upon to strengthen or support us as we move through life’s journey—even if we have let go of them in the past.

The old terminology of blood-relations has, I think, in recent years been challenged as we think about adoption, or as we discover secrets about our own family tree, or as we redefine family in all sorts of ways – but what seems to never change is our yearning to remain connected to one another and to find, if necessary, those invisible threads to come back home.

A: I am working on a second story in the Malone Family saga based on the characters of Miriam and Nell. I am also working on reviving a screenplay I wrote in the 1990s – a multi-generational murder mystery. I’ll have to wait and see which of these projects will become my “favorite child” for the next few years!

A: As a self-published author, I feel especially appreciative of readers who choose to pick up my novel and engage with my story and characters. With the thousands of options out there, it is truly wonderful to me!

I would love to hear from you through my website or Facebook. Please give me feedback of any kind (positive or negative – but please, not mean-spirited!) about A Thread So Fine and whether you’d like to read more about the Malone Family in the future!