Christina June is the author of the new young adult novel No Place Like Here. She also has written the YA novels Everywhere You Want to Be and It Started With Goodbye, which feature some of the same characters. She lives in Virginia.

Q: How did you come up with the idea for No Place Like Here?

A: I knew, even before I finished writing my debut, It Started With Goodbye, that Ashlyn had her own story to tell.  She's presented as a spoiled rich girl, but there are hints of trouble at home.

As my editor and I were crafting our vision for a set of companions, I knew this needed to be a summer story and that I wanted Ashlyn to have to push back against her very critical father. Since Hansel & Gretl has such terrible family dynamics built in, it was the obvious choice for the backbone and the wilderness retreat center setting fell into place.

In my day job as a school counselor, I talk to a lot of teens who think they can't stand up to their parents or other adults and that their words are powerless. I wanted to give those kids a story to show them they have a voice and they can absolutely take control of any situation. 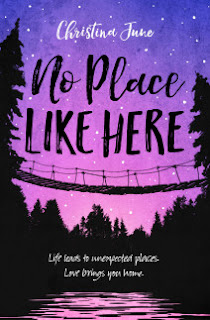 Q: Your new book brings back characters from previous novels--do you think readers would have to be familiar with your first two novels before reading this one?

A: The books were designed to be stand-alones, so it is not necessary to read the previous ones first. But readers have shared that they like revisiting their favorites, which was something I also enjoyed when writing them.

If someone wanted to start at the very beginning, I wrote a prequel chapter that sheds some light on Ashlyn's relationship with Tatum before both of them encounter new obstacles in their lives.

Q: Can you say more about the parallels between Ashlyn's story and the Hansel and Gretel fairy tale, and what do you hope readers take away from the book?

A: If you boil Hansel & Gretl down to its core, it's an abandonment story where two kids fight their way home to the father they love. Despite his mistakes, they find value in him and want to be with him. 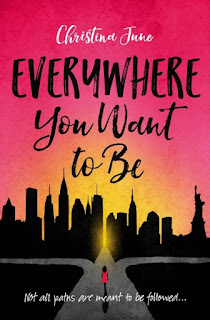 I'd already established Ashlyn's father as a cruel man whose behaviors negatively impacted his daughter in the few glimpses readers get of him in It Started With Goodbye, so it was easy to expand upon their relationship and dig deeper into why Ashlyn is the way she is in her own story.

She has learned over her lifetime that speaking up against her father is rarely successful, so she stops, biding her time until she can escape the house. But, when circumstances force her to learn to be more independent, Ash realizes there are times when using her voice is imperative and sees how she has the power to change the relationship with her father.

I see similar situations with students and their families; those emotions and inner conflicts influenced this story quite a bit. My hope is that readers might see how much power they really do have in their own lives and be inspired to stand up for themselves where they previously felt they could not.

Q: The novel takes place at a wilderness retreat center. How important is setting to you in your work? 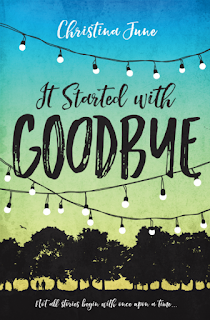 A: When the setting is essential to the plot, it almost becomes a character itself.  In No Place Like Here, the wilderness retreat center where Ashlyn is forced to work, Sweetwater Overlook, starts out as something to fear. She doesn't like being outdoors and she's never had a job.

But as she makes new friends and seeks out opportunities to make her mark, the setting helps Ash gain confidence, which trickles down to other areas of her life.

I think setting is often very important to the story, especially when it forces change or is the only place events could take place. Sweetwater was inspired by two real life retreat centers, Hemlock Overlook and Airlie, both in Virginia.

A: I'm challenging myself to explore new-to-me ideas and reclaim the joy of writing, which is sometimes hard to find when writing under contract. I'm playing around with different genres and age groups, so stay tuned!

A: If you're near Northern Virginia on Sunday, June 2, please stop by One More Page in Arlington for my launch party celebrating No Place Like Here! I'm also running a preorder campaign with several great digital thank you gifts, so please snag yourself a copy and hang on to the receipt. Check my social media channels for forthcoming details.

--Interview with Deborah Kalb. Here's a previous Q&A with Christina June.
Posted by Deborah Kalb at 6:57 AM