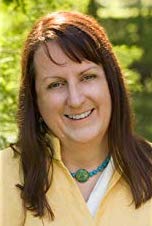 Dee Garretson is the author of the new young adult historical novel All is Fair, which takes place during World War I. Her other books include Wolf Storm and Wildfire Run. She lives in Cincinnati.

Q: How did you come up with the idea for All is Fair, and for your character Mina?

A: I love history and had self-published a historical mystery set in 1878, The Gargoyle in the Seine, which I always intended to continue as a series but have not yet gotten around to that. Then I fell in love with Downton Abbey and started to ponder a story with a similar setting.

One of the characters in the 1878 book was a spy for the British government and though he’d be far too old in 1918 to be a main character in a YA book, I came up with a life that could have happened to him after 1878. That’s how his youngest daughter, Mina, becomes the main character of this book, and why there are spying and code elements in it. It was so much fun to write and so much fun to imagine their whole family’s history in those intervening years.

Mina’s personality developed as I wrote the story-it’s always hard for me to figure out a character completely until I’m actually writing. 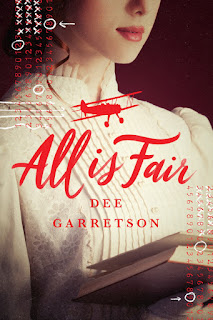 A: When I’m writing historicals, I first immerse myself in the general history of the time period so I can get a better feel of how to focus. As I’m reading, I always find references to events that intrigue me, and I note those down and then delve into more specific research.

When I first started researching All is Fair, I only knew the very broad outlines of the history. Stumbling on books about how the Belgian underground operated and the raid on Zeebrugge were like finding hidden treasures. I knew I had to incorporate both of those.

After the structure of the story comes together, I focus on memoirs and autobiographies to get a sense of the smaller details of daily life. I do tend to get so interested in the research, I have to cut myself off at some point so I’ll actually write the story!

A: The basic plot didn’t change but there were many, many other changes along the way. In the original story, the first part of the book, the spy element, had more characters and more twists and turns. At one point I almost turned the story into two books, but then we decided to edit it down. I cut three characters and really pared it back. 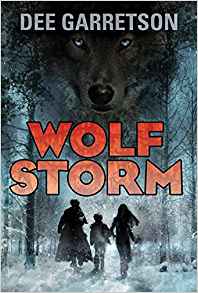 A: I think it’s so important that we all know something of history and how the major events affect ordinary people. I’m a firm believer in the statement that those who don’t know history are doomed to repeat it. While this is a story which has a happier ending for the main characters than many would have at the time, I hope readers come away with a bit of understanding of that time and how it changed the lives of everyone who lived then.

A: I just finished the majority of the work on another YA historical fiction story, this one set during the Russian revolution, called Gone by Nightfall. It’s inspired a bit by The Sound of Music. An American girl lives with her Russian stepfather and a whole unruly assortment of younger siblings and stepsiblings in Petrograd.

She’s hoping a new young Russian tutor, who just happens to be rather handsome and dashing, will stick out the job of wrangling the children so she can go back to the United States, but then the revolution happens and everything gets turned upside down. 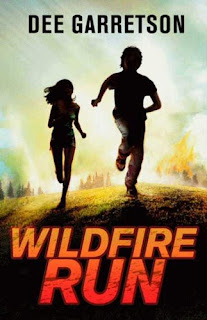 The book will be out in January 2020. I’m not sure what my next book will be after that, but I’m exploring lots of ideas.

A: Just that I hope readers walk away with a sense that the characters are going to go on and have interesting lives. That’s what I want with all my books. I also hope readers find many more historical fiction stories to embrace. Historical fiction a bit of an underdog in genre term and it’s hard to reach readers, so thank you very much for reading the book!