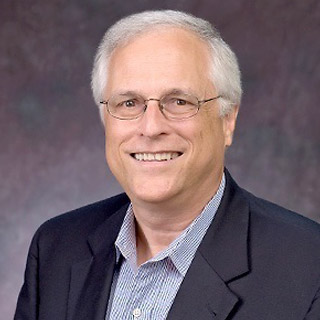 Gil Klein is the author of the new book Trouble in Lafayette Square: Assassination, Protest & Murder at the White House. A longtime Washington, D.C., journalist, he is the Washington program coordinator for the University of Oklahoma's Gaylord College of Journalism and Mass Communications. He lives in Arlington, Virginia.

Q: How did you come up with the idea for Trouble in Lafayette Square?

Over the years I accumulated stories. It became more fascinating to me over the decades. All of American history can be told through these stories. You can look at history as following a place through the years and see how it’s transformed.

A: I read American history. I read books and a story would pop up about Lafayette Square. I kept a tally of them. People aren’t going to read a whole biography of Martin Van Buren, but they will be interested in the Peggy Eaton affair [a 19th century scandal]. When I had to sit down and write it, I’d find all these books, or new books, on the topic. 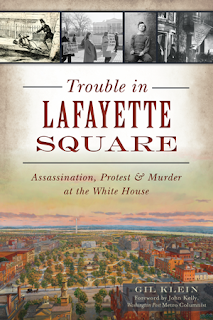 What surprised me most—there’s a chapter on the women’s suffrage movement. We mostly think of women in white dresses marching down Pennsylvania Avenue, it’s all very genteel. But we see how Alice Paul pushed the White House protest, people were beaten up, there were hunger strikes…they never gave up. They would come out of their headquarters on Lafayette Square with new banners protesting Woodrow Wilson.

Q: In the book, you describe the tradition of White House protests in Lafayette Square. Can you say more about that tradition?

A: Lafayette Square did play a role in the civil rights protests and the antiwar protests. Most were so large, they were on the other side of the White House. Lafayette Square is a more intimate place to protest. Since I’ve been here, there had always been a protest. Sometimes it’s a tad annoying when you’re walking through the park!

I was surprised to hear there are 110 applications [a year] to protest in front of the White House for groups of 25 or more—that’s one every three days!

Q: The book also includes many fascinating photos. How did you choose them?

A: I was so fortunate. The Library of Congress has all those older things from Harper’s magazine, and for some of them I’d go to the President George H.W. Bush Library…the White House Historical Association had access to some.

Q: What do you see as the most significant event that happened in Lafayette Square?

A: It depends how you look at it. There’s nothing to compare with the story of Dan Sickles, a congressman who shot the son of Francis Scott Key in the square in broad daylight and got away with it. He argued temporary insanity. It’s such a weird story on so many levels.

Is it significant to the history of the United States? No, not really, but it’s such a great story, such a cast of characters.

Another one I really like is the story of Paul Jennings, a slave owned by James Madison. He was helping Dolley Madison save what she could when the British burned the White House. Dolley Madison was losing the family fortune [in later years] and she moved back to a house in Lafayette Square. She insisted Paul Jennings come with her, although he had family in Virginia.

She said she would free him but her financial conditions were so bad she sold him. Senator Daniel Webster was irate that Paul Jennings was sold, and he bought him and freed him. Paul Jennings had influence in helping runaway slaves. He wrote the first White House memoir in 1865.

Q: Anything else we should know about Trouble in Lafayette Square?

A: What I like about the book is that it’s a way for people with only a passing interest in American history to get into it. I talk to teachers of high school and junior high history, and I say they should have their students read a chapter that will grab their attention, and ask them to research some facet of the book.