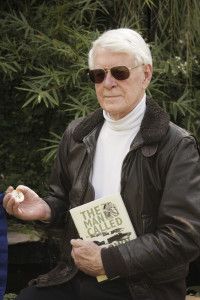 Thomas E. Simmons is the author of the new novel By Accident of Birth. His other books include the works of nonfiction The Man Called Brown Condor and Forgotten Heroes of WWII. A pilot as well as a writer, he lives in Gulfport, Mississippi.

Q: Your website notes that By Accident of Birth is based on a true story. How did you learn about this story, and why did you choose to write it as a novel rather than nonfiction?

A: The only part of the book that is true and the basis of the novel came from two sources.

One was a conversation about the Civil War in the setting of two friends sharing a bottle of bourbon. The doctor friend mentioned that in medical school a conception such as depicted in the book (I don’t want to give that away here in order to leave the reader to discover it) was discussed in one of his medical classes on gynecology.

Much later while in Vicksburg I picked up at the museum there a copy of an article from the American Medical Weekly, Vol. 1, No. 19 Louisville, Kentucky, November 7, 1874. The article, credited to L. G. Capers, MD, Vicksburg, Mississippi, was entitled, "Attention Gynecologist! Notes from the Diary of a Field and Hospital Surgeon, CSA."

After reading the article I pondered it. Most think the whole article was a joke and don’t take it seriously. However, my take was that the doctor was telling the truth about the conception, which he described in medical detail, but then made a joke of it at the end to keep himself out of trouble. 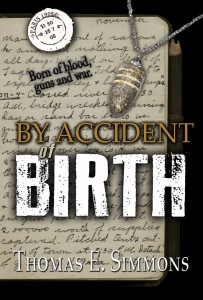 That way he was giving science the idea of the possibility of artificial insemination and by making a joke at the end kept himself from being attacked by the very religious populace as was Dr. Frankenstein.

After all, even in the 21st century there is still much controversy about test-tube babies, the artificial stimulation of multiple births, cloning, abortion etc. At the time of the Civil War it was a given that God made babies through natural conception.

The doctor in the book treats the conception the same way as Dr. Capers, keeping it secret at the time and confiding to a friend and fellow physician that if he ever writes a paper on it he will end in in a joke to keep himself out of trouble.

Once I accepted that the 1874 article was telling the medical truth, my imagination mulled what sort of life in those times would a child of such conception have.

Out of those thoughts came Bethany Quinn and By Accident of Birth. The Quinn name came from my family. My great-great-grandmother was named Nannie Keturah Quinn. I gave one of the characters her name.

Q: How did you research the history you depict in the novel? 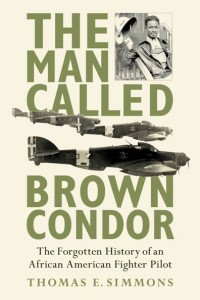 A: There was such history, real events, and characters woven in the 50-year span of the novel that I was forced to do just as much or more research as I had done for my three previous nonfiction books covering much shorter time spans.

As a result, I insisted that my publisher include as an appendix the bibliography of research sources. The reader will find at the back of the book under the Appendix two and a half pages listing the research material.

I wanted the reader to know that the true events and characters woven into the fabric of the book were factual due to painful in-depth research. If they should want to check any such facts I gave them a roadmap to do so.

Q: As someone who's written fiction and nonfiction, do you have a preference?

I do the same for fiction as regards settings, clothing, the times, and any true historic events or characters woven into the story.

The big difference is that in nonfiction the writer is confined to facts, events as they happened and characters as they really were. In fiction, the writer is free, within the times about which he writes, to let his muse lose to frolic through comedy and tragedy, elation and doom, love and hate...wherever the writer goes or is taken. There is fun in that. 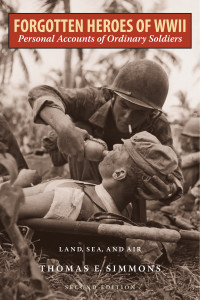 Q: The sequel to By Accident of Birth is set to be published later this year. Did you plan a two-book series before you started the first novel?

A: I did not plan a two-book series. The sequel was born from my agent…She liked the novel so much she did not want to let go of it. She called and said get busy on the sequel....and it has to be free-standing on its own in case a reader has not read the first book. It was hard to do, but I love the sequel and derived much pleasure from writing it. And yes, it took exhaustive research.

A: Wouldn’t you know it. I did not plan a trilogy but that evidently does not matter. Now I find I am tasked with finishing the sequence as a trilogy. An even harder task but I have gotten over the hardest part…starting it. Ahead is the surviving Quinns entangled in  the Roaring Twenties, the Depression, Prohibition and the cusp of WWII.

A: Yes. My wife, patient woman that she is, takes better care of me than they would in the great asylum where all writers should be interred. Writers write because they are driven to do so and thus are gluttons for punishment. Jack London said before he sold his first story the stack of rejection slips he had received was as tall as he was.