Lauret Savoy is the author of the new book Trace: Memory, History, Race, and the American Landscape; her other books include The Colors of Nature and Bedrock. Her work has appeared in a variety of publications including The Georgia Review and Gettysburg Review. She is a professor of environmental studies and geology at Mount Holyoke College.

Q: How did you come up with the idea for this book, and for its title?

A: Tracing memory has threaded my life and work: unearthing what is buried, trying to re-member—that is, piece back together—what is fragmented, shattered, eroded.

I write in Trace that sand and stone are Earth’s memory, and that each of us is also a landscape inscribed by memory. The paths of my ancestors—free and enslaved Africans, colonists from Europe, and peoples indigenous to this land—converge in me.

Yet while I can track the continent’s deep past from rocks and fossils, my own familial origins have lain largely eroded and lost to me. I came to understand that to live in this country is to be marked by the presence of the past. Residues of this nation’s still unfolding history include silence and displacement repeated across generations.

I needed to find these marks and residues; otherwise, I’d continue to feel the estrangement that has gripped me since childhood. 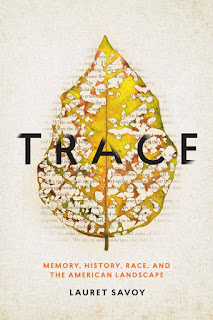 The title comes from the active search, from the paths of the journeys, and from the tracks or vestiges of what once was. Verb and noun.

Q: You begin the book with a description of your family’s visit to Grand Canyon National Park many years ago. Why did you choose to start the book with that memory?

A: As a seven-year-old I stood with my parents and a dear cousin at Point Sublime, a remote and hard-to-reach promontory on the Grand Canyon’s North Rim. It was an early morning in the journey that seeded all that followed in my life…

Q: In the book, you write that “names are one measure of how one chooses to inhabit the world.” What do many of the names chosen for places in the U.S. say about its history, and how changeable are those names?

A: I like to remember that the continent once wore no names. How it came to bear those we commonly use—New England or Virginia or Oregon or Mississippi or more—is an important aspect of American history.

Far from innocent, naming and mapping were essential to the project of possessing, and creating, a “new” world. Language as well as the land were claimed and reinhabited on maps of European and Euro-American minds. Rather than passive artifacts place-names are living sign-posts to what was important to the namers. 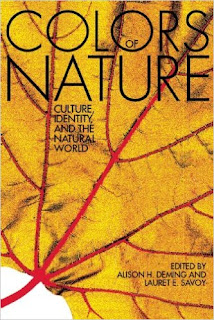 Also rarely considered are the naming practices of peoples from Africa and Asia—yet “Nigger” once featured in at least two hundred American place-names. It features in many still.

Q: You write about the history of Washington, D.C., where you moved as a child. What did you learn about your family’s history from researching that chapter of the book?

A: The Chesapeake region of Maryland and Virginia, with its tidewater rivers, lowland coastal plain, and rocky Piedmont, is a place of convergences in the Atlantic world—and what historian Edmund Morgan called a place of paradox.

As peoples from Africa, Europe, and Native America came together in the 17th century and later—and as colonists established a tobacco export economy—their interactions with and experiences of each other took many forms. Conflict, dispossession of homeland, and forced bondage occurred with collaboration and inter-“marriage.”

And, later, descendants of colonizers, the colonized, and the enslaved would build the nation’s new capital, which was carved from the two states.

I learned that my father’s family was part of this long history and that the convergences of peoples made our family. At least five generations of paternal forebears inhabited the capital city.

Earlier lives—indentured, enslaved, and free—came because of what colonists believed the cultivated tidewater and Piedmont lands could yield. And likely before them there were those who had already called the region homeland. 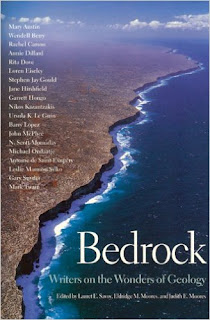 Before I began working on Trace, I hadn’t felt a truly deep tie to the Washington area. Now I feel as if I’ve come home.

A: My current writing project, which I’m calling “On the River’s Back,” explores this familial history and its ties to the tidewater and Piedmont landscapes much more deeply.

As I noted, the stories of these people and of this land are entangled with both the rise and fall of tobacco agriculture and the origin and growth of the capital city along the Potomac River.

Family members’ relationships to place were circumscribed by their status as indentured, enslaved, or free.  And many were part of the “free colored” population long before the Civil War.

The title refers mainly to the Potomac and Rappahannock rivers as the flowing threads that tie together the history of these landscapes and the people in them.

A: As I worked on Trace I came to understand much more clearly how we all carry history within us, the past becoming present in what we think and do, in who we are.

The book asks who we are in this place called the United States. All Americans are implicated in the nation’s history, told and untold. We are all marked by the continuing presence of past and by these landscapes, whether ancestors inhabited the continent for millennia or family immigrated in our lifetime.

The book’s publication is giving me the chance to enter into dialogue with many more people because the journeys in Trace speak to common concerns.

Anyone calling the country home might ask similar questions: Who are “we”? What is my place as a citizen in this enterprise of America? What is my place in this land? What is the place of race? I’m so grateful to be in conversation and to learn.