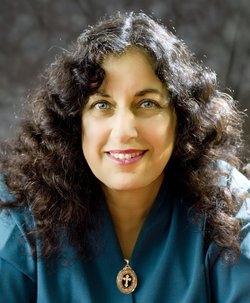 Margarita Engle is the author of the new family memoir Enchanted Air: Two Cultures, Two Wings. Her other books for young people include The Surrender Tree, Mountain Dog, and Summer Birds. She lives in central California.


Q: As you were working on your family memoir, Enchanted Air, was the writing process different than with some of your other books that didn’t deal directly with your own experiences?

A: The writing process was completely different! Ordinarily, I write historical verse novels that require an incredible amount of research, while allowing certain details to be imagined. In this case, I couldn’t include any fiction at all, and my only resource was memory. 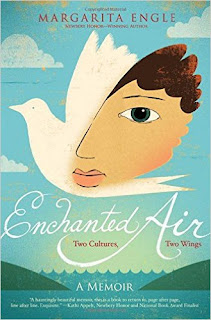 It was also an intensely emotional experience that resulted in loud sobs and wild mood swings. There was also a lot of fear and uncertainty. What would relatives think? What if I’m misunderstood by readers from various backgrounds?

Despite all these challenges, in the end it turned out to be a healing process, because I faced excruciating memories that I had been avoiding for decades.

Q: As a poet, what do you hope younger readers gain from your works and that of other authors who present their stories in verse?

A: It would be wonderful to see young people grow up with a love of poetry! Teachers are making that possible, by letting go of their own antiquated fear of verse, a dread that seems to have followed many adults into the 21st century, after they were forced to analyze poetry instead of enjoying it. 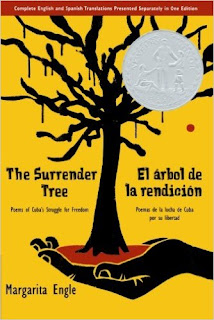 I’d also like to see young readers turn into writers. Poetry can give them a love of language, as well as a safe home for their emotions. Above all, I hope that readers will gain a sense of hope from my stories, both the fictional ones and Enchanted Air.

Q: Enchanted Air deals with growing up in two cultures. What impact did that have on you as a writer?

A: Because it is a memoir, Enchanted Air is completely factual. This is especially true of the feeling that I had an invisible twin left behind on the island, i.e., the person I would have been if travel had not become impossible.

Even in less dire historical circumstances, I think the children of immigrants often have a tendency to feel both divided and doubled. It’s a surrealistic way of growing up, but it also brings the joy of getting to know two countries, two languages, and two branches of a diverse family. 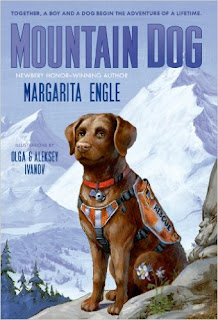 As I said on page 11, sometimes I feel like a bridge, or a storm. There’s both a sense of belonging, and a sense of being in transit, while hovering in between two beloved places.

Q: As someone who’s written for different age groups, do you have a preference?

A: I find it easiest to write for young adults, because I can face challenging subjects, and use sophisticated vocabulary.

However, there is nothing more fun than writing a picture book! It’s like planting an ordinary seed, and then waiting to see what sort of magical garden the illustrator will choose to grow.

The most challenging age for me is middle grade---because children change so much between the ages of 8 and 12---but I loved writing Mountain Dog. 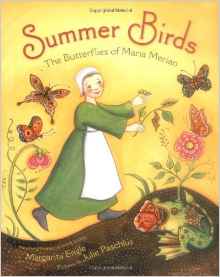 A: I have two verse novels pending in 2016, a historical YA book about Cuba’s indentured Chinese laborers, Lion Island (Atheneum), and a bilingual middle grade historical fantasy, Morning Star Horse (HBE Publishers). My picture book projects are in the illustration stage, and won’t be ready until 2017. I’m also researching some extremely challenging historical topics set in the U.S., as well as a contemporary verse novel set in Cuba.

A: I’m trying to decide whether to write a sequel to Enchanted Air.  It would be edgy, because the late ‘60s were so wild.