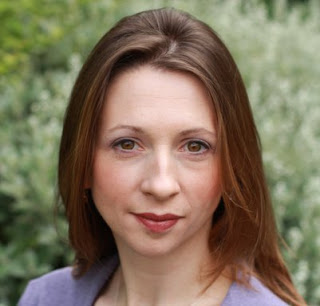 Ann Morgan is the author of the new novel Beside Myself. She also has written The World Between Two Covers: Reading the Globe, and her work has appeared in a variety of publications, including The Guardian and The Independent. She is based in London.

Q: How did you come up with the idea for Beside Myself?

A: About six or seven years ago, the idea of twins swapping places in childhood and then one of them refusing to swap back popped into my head.

I found myself fascinated by it. What would it do to a person to grow up with the wrong life? Why might someone refuse to swap back? What kind of parents wouldn't notice if their daughters had switched identities? These questions kept circling round my head and I imagined all sorts of scenarios that might allow me to explore them.

t took a long time before I felt ready to write the story (I was quite caught up with my A Year of Reading the World project and the book that came out of that for several years), but when I finally sat down to write the novel in March 2013, the story flowed quite easily.

I was fascinated to know what would happen next and what the answers to my questions might be, so I kept writing. (You can read more about the background to the novel in the post I wrote on my blog last year. 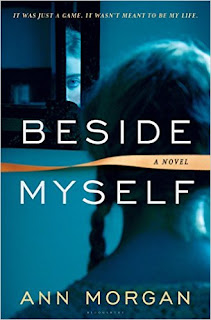 Q: Although the book is written from the perspective of one character, you write some sections of the novel in first person, some in second person, and some in third person. How did you choose which sections should be written in which person?

A: The voices represent the state of mind of the central character (who is variously known as Helen, Ellie and Smudge). Without giving too much away, various traumatic events in the novel bend, twist and shatter the already fragile sense of self she has after the swap.

The voice shifts are linked to these events and reflect how connected she feels to her existence, as do the other voices in her head that plague Smudge as an adult.

Q: Identity is a key theme in the book. Can you say more about why you decided to look at identical twins?

A: Twins present great opportunities for imagining what might have been. Because they are two people with virtually identical DNA (science has lately shown up that twins generally have a small number of mutations in their genes that are unique to the individual) and often very similar life experiences, but who nevertheless have distinct personalities, they make it possible to explore what goes into making us who we are in great detail.

Writing a story about twins allowed me to play with the many choices and experiences we all face that could alter our identity. 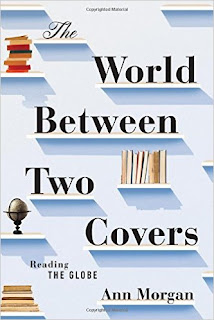 A: I knew roughly where I wanted to get to, but I had no idea about the twists and turns that would take me there. I often describe it as being like taking a long road trip to a place you've never been before.

You might know you're driving to Newcastle, for example, but you don't necessarily know what the scenery will look like on the way, whether you'll hit traffic, which service stations you'll stop at and if you're going to have to take a diversion.

A: My ayearofreadingtheworld.com blog continues to keep me busy, and there is another novel under way. It will be a while before I reach Newcastle though.

A: Not that I can think of. Thanks for your interest!