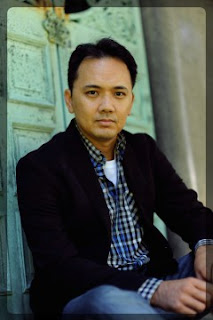 Vu Tran is the author of the new novel Dragonfish. His work has appeared in a variety of publications, including The O. Henry Prize Stories and The Best American Mystery Stories. Born in Saigon and raised in Oklahoma, he now teaches creative writing at the University of Chicago.

Q: How did you come up with the idea for Dragonfish?

A: In 2008, I was asked to contribute a short story to the crime fiction anthology Las Vegas Noir, and my assignment was Chinatown. The story I wrote, “This Or Any Desert,” ended up in The Best American Mystery Stories 2009, and since I was struggling with another novel at the time, I decided to put it aside and expand “This Or Any Desert” into something longer.

It’s now essentially the second chapter of Dragonfish, but at the time something about the four main characters in the story—Robert, Suzy, Sonny, Junior—felt nascent and worth further exploration, and so I thought it would be interesting to expand the world around them and connect them all in a backstory that takes place in the immediate wake of the Vietnam War.

The short story was very much a pastiche of noir fiction, but I wanted the novel to use those noir conventions to tell what was basically an immigrant narrative—or more precisely, a story about refugees.

Q: Can you say more about Las Vegas as the setting for the novel? 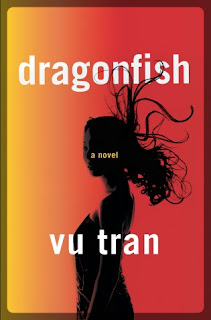 A: As I mentioned, the setting was Las Vegas because the original short story was a contribution to a crime anthology about the city.

As I expanded the story into a novel, though, I gradually recognized some metaphoric value in setting it there. In our popular imagination, Vegas has become a place of secrets and illicit behavior, and while the reality of the city is much more normal, boring, and suburban than people would think, part of that reality does match this romanticized notion of the city.

Most Vegas citizens are from elsewhere, coming to the city to make a better life for themselves and carrying all the stories from their previous lives that they might share only in part, in altered form, or not at all. This is similar to the immigrant who comes to a new and alien country with all the stories from their homeland that they often keep to themselves or share with only a few other people.

Refugees, in particular, whose departure from the homeland could have been extremely traumatic, will carry around these hidden stories and, in effect, hide a significant part of themselves.

Sometimes, the desire is to remake or redefine themselves in some way. There are plenty of immigrants who have no problem talking about the life they lived before coming to their adopted country, but I’ve always been interested in the reasons why certain immigrants do not share the stories they’ve been carrying around for so long.

So Las Vegas became a setting that framed those reasons in a dramatic and compelling way.

Q: While the story is told from Robert’s perspective, you include letters written from Hong/Suzy’s perspective. Why did you opt to write the novel that way?

A: For a while, the novel was basically operating as a crime narrative with Robert at the center, but once I got a few chapters in, that felt insufficient to me. His story alone wasn’t interesting enough, and it just felt like the novel had to be more than just a crime story.

It wasn’t until I reached into Suzy’s backstory and fleshed out her reasons for doing what she did in the past, for behaving the way she did with Robert and other people in her life—only then did I find the heart of the novel.

In many ways, Suzy’s letters provide an emotional foundation for the story that ties all the main characters to each other. In a sense, it’s in how she has hurt others and been hurt by others that ends up explaining so much of her behavior and the behavior of those in her life.

So when I finally figured out her letters, I ended up writing all of them before going back to page 70 or so of the “crime narrative” and then continuing it until the end.

A: The working title of the novel was actually the title of the original short story,  “This Or Any Desert,” which was more literary but also—my editor thought—not as memorable as it could be for a crime novel.

Because I couldn’t come up with a better title, she ended up suggesting Dragonfish, which is a reference to the Asian Arowana fish in the second chapter.

To be honest, it doesn’t mean very much and hopefully just sounds cool. After the title change, though, I went back and added a line about how Asians believe dragonfish bring good luck, keep the family together, and ward away evil. I like the irony that they don’t do any of those things in the novel.

A: I haven’t actually started writing anything new just yet, but I was rereading Rebecca by Daphne du Maurier recently and was fancying the idea of writing a Vietnamese Gothic novel.

I haven’t developed the idea enough to talk about it with any clarity or certainty, but I do like the idea of using that framework—the atmosphere and style of the gothic tradition—to tell a story about colonial Vietnam, the impact of the French and American footprint there, and how it has shaped the resulting Vietnamese diaspora.

--Interview with Deborah Kalb. This Q&A also appears on hauntinglegacy.com.
Posted by Deborah Kalb at 6:41 AM