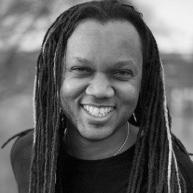 Tendai Huchu is the author of the novels The Hairdresser of Harare and The Maestro, the Magistrate and the Mathematician. He was born in Zimbabwe and now lives in Scotland.
Q: How did you come up with the main characters in The Hairdresser of Harare, Vimbai and Dumi, and why did you decide to set part of the book in a hair salon?
A: Writing the book was a spontaneous affair. It started with Vimbai’s voice, the first line: “I knew there was something not quite right about Dumisani the very first time I ever laid eyes on him,” and I was out of the gate after that…
I decided to use the salon as a microcosm of Zimbabwean society, a place where people from all walks of life can meet and interact organically without me needing to orchestrate those encounters. 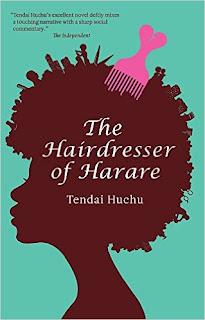 Q: What do you think the book says about tolerance and intolerance in Zimbabwe?
A: I’ve discovered in the last couple of years that what the author intends of the work and what the reader deciphers are two very different things.
I never set out to write a polemic for or against one thing or the other. Instead, if the book demonstrates tolerance/intolerance in its characters, this is merely a reflection of the situation in that simulation. I think most societies fluctuate on who/what they will tolerate depending on historical, cultural, economic, political factors and so forth.
Q: Did you know how the novel would end before you started writing, or did you make many changes along the way?
A: I sort of knew what was what, but along the way there were a few surprises. The first draft was written quickly in a fortnight. I was so afraid of losing Vimbai’s voice in my head that I didn’t stop writing, only stopping to eat or sleep when my body couldn’t take it. 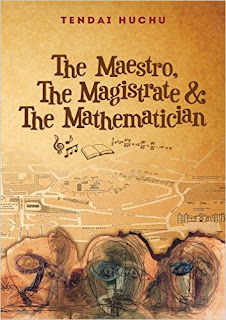 Q: You also have another new book out, The Maestro, the Magistrate and the Mathematician, which deals with Zimbabwean immigrants in Britain. Was your writing process similar with this book?
A: I wish that were the case, but no, writing the new book was a slower, deliberate process, because at a technical level – the architecture and brickwork required to produce it – it is a more complex work, more moving parts, etc., so it required a different methodology.
I have come to the conclusion that each work makes its own demands on the creative process, thus, having the idea is not enough, I must also figure out the correct way of expressing the idea in prose.
Q: What are you working on now?
A: At the moment, I am translating Ignatius Mabasa’s brilliant novel Mapenzi into English. I’m also taking tentative steps into a new novel – let’s just say it’s not going as planned at the moment. I just haven’t figured the damn thing out and it’s driving me insane. Call an ambulance!
Q: Anything else we should know?
A: Not really, no, but thank you for having me. Happy holidays.
--Interview with Deborah Kalb
Posted by Deborah Kalb at 6:18 AM