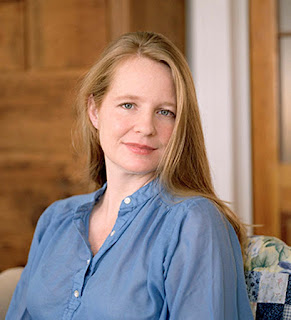 Samantha Hunt is the author of the new novel Mr. Splitfoot. She also has written the novels The Invention of Everything Else and The Seas. Her work has appeared in a variety of publications, including The New Yorker and McSweeney's, and she lives in Tivoli, New York.

Q: How did you come up with your character Ruth?

A: I had Linda Thompson on my mind—the British singer who lost her voice after she and husband Richard broke up their marriage and band.

Linda couldn’t speak or sing for years but I’d listen to her records and her voice is so gorgeous, chilling. I’m walking on a wire. I want to see the bright lights tonight. Let me ride on the wall of death one more time.

My great grandma Ada also lost her voice after her first child died. She never got it back. 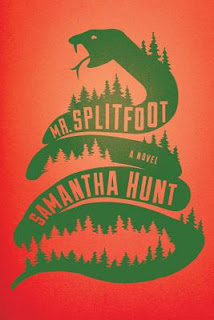 Ruth came out of that. She also borrows bits from a friend of mine who got married at 17 to escape her bad foster home.

Q: Why did you decide on New York State for the book's setting, and how important is setting to you in your writing?

A: In 2010 I moved from Brooklyn to a small town south of Albany. Quickly I realized I knew nothing about New York. And I grew up here!

My town is located at the very top of New York’s narrow part. Right above me the state spreads out, it becomes giant and unknown, filled with forests, mountains, extraordinary lakes and so much history. I felt like I was wearing an enormous hat made out of dark matter, haunted, heavy and unknown.

I began exploring the wide part of the state. The endless histories that have transpired here convinced me it would take 10 lifetimes to know upstate New York. 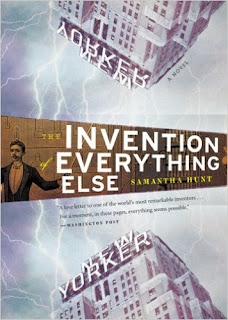 So in Mr. Splitfoot I researched three small parts of upstate New York: the religions that got a start here (Mormonism, Spiritualism, the Oneida Community, Shakers, etc.); the eerie Erie Canal; and the sites where meteorites have crash landed.

Setting is supreme inspiration. I do a lot of my writing in my head while walking or driving so setting is often the original question I have when I start.

A: I have no idea how my books will end. In fact, I can’t understand how people can write already knowing the end. Where’s the fun in that? How do they keep going? I start a piece of writing in order to sort through my curiosity, to spend some time wondering.

In this case, I was wondering what it means to be silent. What does walking have to do with becoming a mother? What should we do with our dead? Isn’t every story really a ghost story? Why did so many religions start in upstate New York? And most importantly, what happens when the rational collides with the mysterious?

A: I love authors and artists who present mysteries without feeling a need to solve the mystery. I love an author who introduces a sealed box or container and then, rather than opening the box in some big climax, the reader is allowed to walk away with wonder, with a hole, with mystery, the box still sealed. After all, we humans live with a pretty big sealed box, re, The End. 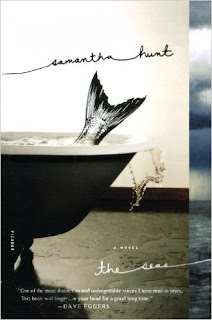 A: I’m working on a book about the ways we get haunted: hoarding, hormones, books, stalkers, movie star people, dead people, compost, organ donation. The list goes on. The list is a long list.

I’m also finishing a story collection and a picture book about Nikola Tesla. I am also working on a new novel but if I don’t keep that secret, I won’t write it.

Here’s a map of the meteorite landing spots in New York. I made this map for Mr. Splitfoot.

Also, Charlotte Brontë blurbed Mr. Splitfoot. She’s less articulate now than when she was alive but here’s what she said about my book via a relatively inexpensive medium in Albany, New York.

I get the chills. I see the color of creativity which is a light green and then I see yellow or gold. I know it’s interesting and should be great. Is it a true story? Is it a sad story? I get the chills even more. I feel a good vibration. I feel good about it. There’s this attraction. Yes. It’s what people want. Yeah. I think it’s good. It’s good. I think it’s a good one. Of course, it’s fiction. The girl is not real. It’s not a true story. Which is good. It has a lot of good energy and people, people will like it. They will keep reading it until the end. You know what I mean? It’s got good motion. It’s intriguing because a person will know there’s something two-sided. I like the name, Mr. Splitfoot. It will sell because it’s good. It’s intriguing. Yeah. It’s a good one.