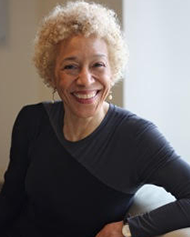 Margo Jefferson is the author of the new book Negroland: A Memoir. She also has written On Michael Jackson. A Pulitzer Prize-winning critic, she worked for Newsweek and The New York Times. Her work has appeared in a variety of other publications, including Vogue and New York. She is a professor of writing at Columbia University School of the Arts.

Q: You write, “I call it Negroland because I still find ‘Negro’ a word of wonders, glorious and subtle.” Why do you find it so, and why did you choose “Negroland” as the title of your book?

A: “Negro” was my formative racial designation, the primary marker of that identity. It was, in the years I grew up, the chosen, the preferred word of my people, capitalized of course. (As colored” had preceded it as the chosen word; as “black” and “African-American would succeed it).

“The Association for the Study of Negro Life and History,” “The Negro National Anthem,” “The National Council of Negro Women” – the word it was everywhere in our history and in our everyday talk. So I wanted it to designate a certain historical time and period.

And I wanted “land” to suggest, evoke, several things. The sense of totality that world had, and its borders, which could be fixed or permeable. I mean this literally in terms of geographical segregation and integration: geographical; social; political; educational; cultural. 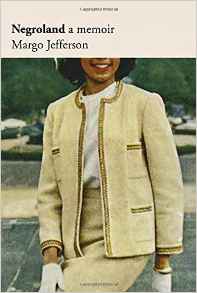 Q: Much of your book describes your childhood. Did you need to research those years, or did most of the descriptions come from memory?

A: It was very much a combination. Conversations, family and school scenes, what I’d call private memories, though I did check some things with other, shall we say, participant-observers!

I also did a lot of book research to ground the facts of, say, a school, a neighborhood, a club I’d belonged to. I had to learn the history that had shaped my memories and experiences Much of which I hadn’t, couldn’t have known as a child. I looked at videos of the black performers I wrote about; looked at the old movies I talked about; read old copies of Ebony and Jet and Life.

Q: In the book, you write that “one white female privilege had always been withheld from the girls of Negroland,” that of “freely yielding to depression.” How has your own experience with depression affected you?

A: That’s a big question. How depression affects you depends on whether you’re living wholly inside it, at its mercy, or seeking and, step by step, finding ways to grapple with it.

When I was in its grip, (seeing it as an unmovable reality), it chilled some of my emotional responses to everything and anything. Which affects the intellect too. Because it creates micro-fears and anxieties; it fatigues you and makes you draw inward.

When I began to learn how to grapple, I found there was space for more emotional variety and versatility. And – dare I say it? – compassion. 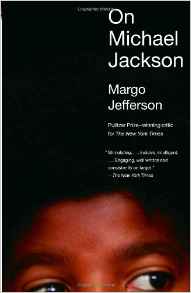 Q: You note that “at least race mattered when I was growing up…Gender didn’t.” How did that contradiction mark the choices you made growing up and in your professional life?

A: I was amazingly naïve when I entered the professional world.  I’d been taught to excel, but personal ambition was not something I was altogether comfortable with. (Excessive ego was not admired or encouraged in well-brought up girls, ladies and young women).

My generation (second wave feminists) hadn’t – most of us hadn’t -- been taught how to make your way in a workplace shaped by generations (centuries) of masculine rules, strategies and conventions. Some spoken, many unspoken but very powerful. And many extremely distasteful.

So how to advance professionally and remain, as a woman, a Negro/black/African American woman, honorable? Constant internal and external negotiations. Not always well-handled. If I hadn’t had a core of feminist friends, black and white, also learning on the job, I don’t know how I would have managed.

A: I wish I could tell you! I’m looking through notes and journals, following new curiosities, letting my imagination do the work and find the shape. I don’t want to repeat myself.

A: The book’s structure was crucial for me. As a writer, I wanted to do things I hadn’t done before with dialogue, scenes, confession and narrative.

And I wanted a sense of collage: of experiences jostling and crosscutting; of contradictions; of sudden changes of mood and circumstance; of a narrator constantly performing because American society, with its race, class and gender ideologies, demanded that. And of how those demands marked her particular world and psyche.