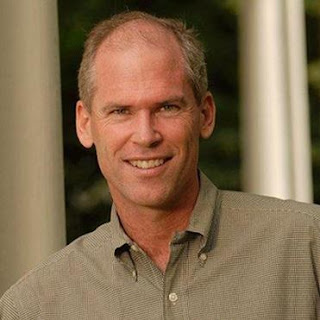 John Sedgwick is the author of the new book War of Two: Alexander Hamilton, Aaron Burr, and the Duel That Stunned the Nation. His many other books include the family memoir In My Blood: Six Generations of Madness and Desire in an American Family and the novel The Dark House. His work has appeared in a variety of publications, including GQ, The Atlantic, and Vanity Fair, and he lives in Brooklyn.

Q: You write, “Searching for the true origins of the fatal hatred between Alexander Hamilton and Aaron Burr is like trying to trace the wind to its source.” How did you research this book, and how did you reach your conclusions about the dynamic between them?

A: The way I work is that I find the skeleton and work out from there—the organs, and the flesh. Where I started was with the basic outline everybody knows—two men pointed guns at each other in 1804 and one died. I wondered why? What got them there?

It was not so much working backward, but working down—the backgrounds of their lives. I went to Nevis; I learned about Princeton and Elizabethtown. After a while, you get a sense of what’s down there.

A book of this kind is successful to the extent that you can evoke the look and feel of the period…you know how you got from place to place. Washington got around in a canary yellow coach. If you leave the details out, you’re missing an important [part] of Washington and of people’s expectations for him. I wanted the book to be as cinematic as possible. 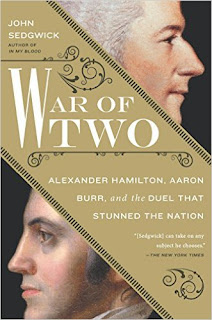 Q: What are some of the most common perceptions and misperceptions about Hamilton and Burr?

A: The worst misconception…is this story of a saint and a sinner: Hamilton was the best man ever; Burr was the worst man ever. Not exactly!

Hamilton had lots of flaws. He was on the way down at the time he died. There is so little understanding of the emotional aspects of his life. He fought for his ideals but didn’t connect so well with people. [George] Washington had great love for him; he didn’t return it. [His wife] had great love for him; it was not clear how well he returned it…

There was a misunderstanding of human dynamics. He proved to be a poor leader of the Federalist Party and a poor appraiser of men. If he derided Burr at every turn, Burr might get angry. That didn’t occur to Hamilton.

Is Burr a sinner? Not entirely. We are applying our terms to them, and finding them wanting. We track back from his killing Hamilton and assume he was a murderer. That’s unfair because it was a duel of honor, which he followed. Then the rules changed on him. He wasn’t an upholder of honor but a murderer. That image was carried down.

Then there was the lunatic effort on his part to detach the Western element of the [United States].

The seminal incident in his life occurred when he was 2—both parents and his grandparents died. That has to have an effect on a person. I feel sympathy for him, though some of what he did was misguided. 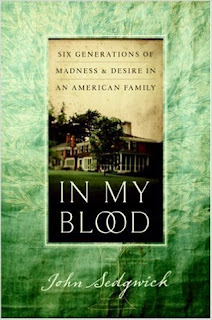 Q: You write, “Highly publicized duels enjoyed something of a revival in New York City at the turn of the nineteenth century.” Why was that, and how did public opinion at the time view dueling?

A: I think it owed to the fact that politics post-Washington were in tremendous upheaval. When [Thomas] Jefferson offered a counter to Washington’s Federalist regime, it put in play two divergent views, and churned up a lot of public sentiment—like our time now, there was a lot of anger on both sides.

There was a lot of jockeying for position—the Jeffersonians replacing the Washington employees—you are always going to get people against each other. There were always duels, but it was more accelerated around this time.

There was popular revulsion around the duel Hamilton and Burr fought. Suddenly, duels were considered not affairs of honor but murder cases. Why would you want to get involved in that?

That caused a reconsideration of duels. It led to their being a bygone thing…

Q: You note in the book that Hamilton’s last letter was written to your ancestor, Theodore Sedgwick. What role did your interest in that letter play in your decision to write this book?

A: It was in the background. I had known about it, but never read it until 2006, roughly, and that book I was doing research for was out in 2007. This one was out late last year. It was a long delay.

I had decided on the strength of the Sedgwick book that I was more interested than I thought I ever would be in history—but not as history, but for the stories it provided that led to the present.

I was always interested in politics, and I thought political crime or violence would be wonderful in book terms, dramatic for me. I looked into Garfield and McKinley [and then thought] what about this duel? 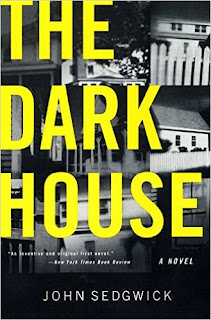 It had been [written about], but poorly. It was written about in biographies of the two protagonists, but only one side. There was a book about the duel, but I felt it was not as complete and cinematic as I wanted. That was the opening.

Then I thought of the letter—and everything clicked together. The letter does say a lot about what Hamilton had in his mind when went off to the [duel].

A: I’m writing a book about the Cherokee…I got interested in the Civil War. I thought I would go marching through the major wars of our country. I was surprised to learn that almost 30,000 Indians fought in the war, from 19 tribes.

One of the very few tribes where Indians came in on both sides was the Cherokee. I tracked back the explanation--it came to rival chiefs in the 1830s in the run-up to the Trail of Tears.

There were two rival chiefs. One took one side to remain there, the other said to cut their losses and start afresh in Oklahoma. The two had been fast friends but came to a bitter enmity that did not stop, and led to one having the other killed.

It broke into a clan war, and led to a civil war within the Nation that spilled over into the national Civil War. It was an extraordinary conflagration that came from one spark between two men.

A: I guess one of the things I would like people to understand about the past as it pertains to the Founding Fathers is that they were mere people, very much flesh and blood. We think of them as marble figures or waxworks…

These were very much flesh and blood men who had all the limitations people have—they were jealous, small-minded…all the things politicians are.

The difference was that they had a remarkable man, George Washington, there to corral them….everything fell into place in an unlikely way, not because they were perfect but because their imperfections meshed and Washington was there to oversee them.