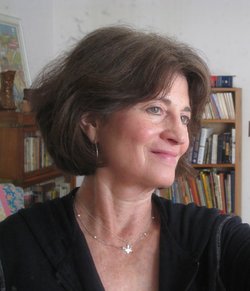 Elin Schoen Brockman is the author of the book Tales of an All-Night Town, which is based on her reporting from Brooklyn, Illinois, in the 1970s. Originally published in 1979, it is now available as an e-book. Her other books include Growing with Your Child and Widower. She lives in Connecticut.

Q: How did you end up going to report in Brooklyn, Illinois, and did you originally expect it to become a book?

A: I was on a plane and picked up a copy of Time magazine with an article called "High Noon After Nightfall" about a fatal shooting in Brooklyn, Illinois -- the oldest all-black town in America.

I was instantly intrigued -- not only by the existence of this town, right across the Mississippi River from St. Louis, but by the circumstances of the shooting -- and got an assignment from Esquire to do a piece about it.

But it quickly became apparent that there was way more to the story of both the shooting and the town than I thought, and I ended up writing a book proposal instead of an article.

Q: Why was the book recently reissued, and has the response to it been the same or different from the first time around? 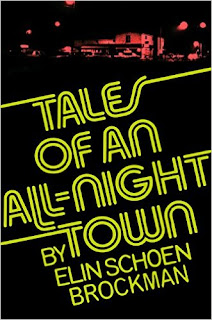 A: The book had been out of print for such a long time -- and my agent suggested that it be revived as an e-book because the social justice issues that it deals with are as relevant now as they were then -- and also it's a great story.

But of course with the reissue of a book in digital form you don't get the attention a new book might receive if the author is lucky.

The first time around, the book received an amazing review in The New York Times Book Review by Philip Rosenberg comparing it to Mailer's The Executioner's Song. And I had blurbs from Truman Capote and Gordon Parks. With the e-book, I was extremely fortunate to have a beautiful introduction written by Samuel G. Freedman.

So while the book was never a best-seller, it's been well-received in both incarnations. And the great thing about the e-book is that it is alive again, available for anybody to read (and possibly for some savvy publisher to bring back in print form)!

Q: There has been a great deal of focus lately on race relations in the St. Louis area. Do you feel your book previews what would become a national issue decades later? 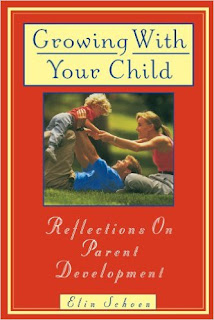 A: Definitely. Brooklyn, Illinois, is no less impoverished, and its citizens no less victims of racism today than they were in the ‘70s when my story takes place. If anything, conditions have grown worse there and in neighboring East St. Louis, which has been described as "an inner city without an outer city."

What I did in my book was let all the people who told me their stories speak for themselves, often in their own words, so that readers who -- like me -- had no personal experience of what it is like to grow up and live in poverty, to feel isolated and alienated from the rest of America -- could at least begin to understand.

I wanted to take readers inside the lives of my characters, inside their heads. And I wanted to give them a voice. Today, people in communities like Brooklyn, Illinois, and  nearby Ferguson, Missouri, have much more of a voice thanks to much greater media coverage --- although there should be a far greater effort to cover not only violent events when they take place but the social conditions that lead to them.

Q: Have you been back to Brooklyn in more recent years?
A: Not recently -- but I have kept up with what is going on there and in East St. Louis. And an interesting and very gratifying thing that's happened is that relatives of some of the people in my book have gotten in touch with me and thanked me for writing it -- and also told me about their lives. 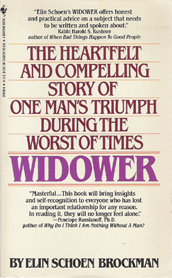 Q: How did you do your reporting, and how did you get your sources to trust you?

A: I researched the book over a period of four years, spending weeks at a time in Brooklyn, Illinois (I was living in New York City then).

At first, people were suspicious of me as any residents of a tiny community anywhere would be of a stranger who suddenly showed up in their midst -- especially a stranger taking notes. And this was compounded by the fact that I was not only an outsider, but a white outsider.

But they were also probably as curious about me as I was about them. And in a surprisingly short time, that mutual interest broke down l the barriers. I would say that music (Albert King, the great blues musician, lived in Brooklyn) and food provided a whole lot of common ground!

A: I have just finished the first draft of a novel that I've been working on for about six years. It takes place in Rome at the end of the 16th century, and is based on the true story of a woman who had her abusive father murdered, and her (fictional) relationship with a Jewish family living in Rome's ghetto.

(It's ironic, isn't it, that once again I'm writing about life in a ghetto? As you probably know, it's an Italian word -- originating either from the iron foundry where the original ghetto -- in Venice -- was located, or from “borghetto,” which means district.)